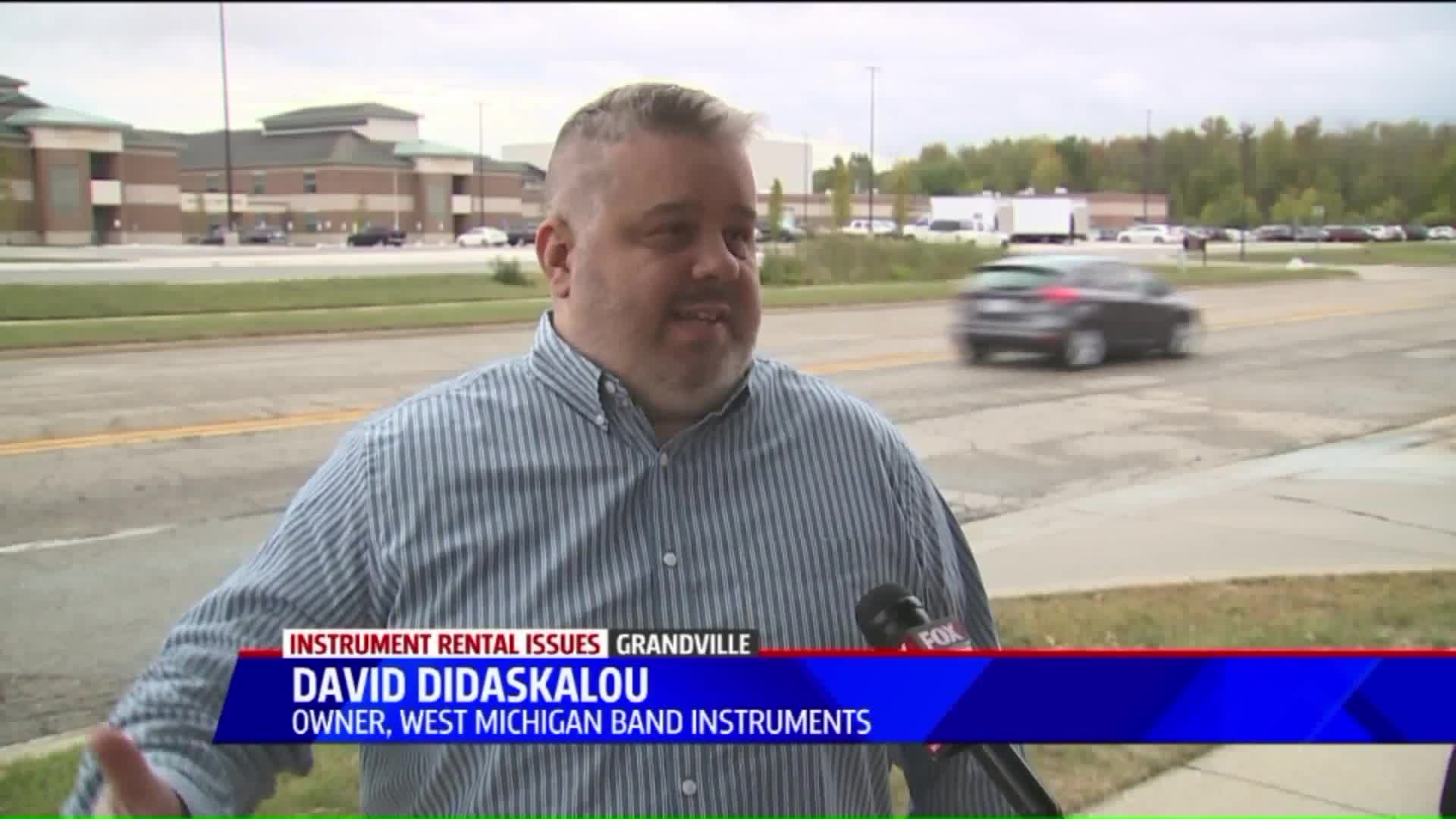 GRANDVILLE, Mich. -- A music store owner who sued a local school was asked to leave Grandville school property when he tried to hand out brochures ahead of a band meeting.

David Didaskalou is the owner of West Michigan Band Instruments in Grand Rapids. He sued Coopersville and Grandville Public Schools claiming the schools excluded all vendors but one from advertising on school property. On Thursday, Didaskalou tried to set up a booth outside the Grandville Middle School band parent meeting, but he was approached by the superintendent and a security officer and was asked to leave the property.

Grandville Public Schools Superintendent Roger Bearup said the event Thursday was for parents and students to rent instruments for the school year. The schools had one vendor, Meyer Music, on site to help parents make last-minute orders before band classes begin.

"[Didaskalou] believes that we should not have anyone here or that we should have all three vendors here," Bearup said. "But this isn't an open forum. This is not a vendor night. It's a parent-band curriculum night, and we just happen to have our preferred vendor here in case they haven't already rented their instrument in the 11th hour."

"I think it's ridiculous that Grandville is only allowing one vendor to be in there, to offer parents only one choice for where they want to rent their instruments," Didaskalou said.

Bearup said the school district has a process they follow for choosing secondary vendors. All vendors, including West Michigan Band Instruments, are allowed to pass out brochures to prospective band students during the summer.

Didaskalou said passing out brochures and allowing vendors to interact directly with parents are two different things. "It's not even in the same stratosphere of being able to have your instruments there tonight," Didaskalou said.

"We have a process," Bearup said. "They don't like that process, I understand. But we have a right to have that process. If we said, Look, you can only get your instrument from this vendor and no other vendor, then I can see where they'd have a problem."