GRPD searching for suspects after 2 men shot and killed 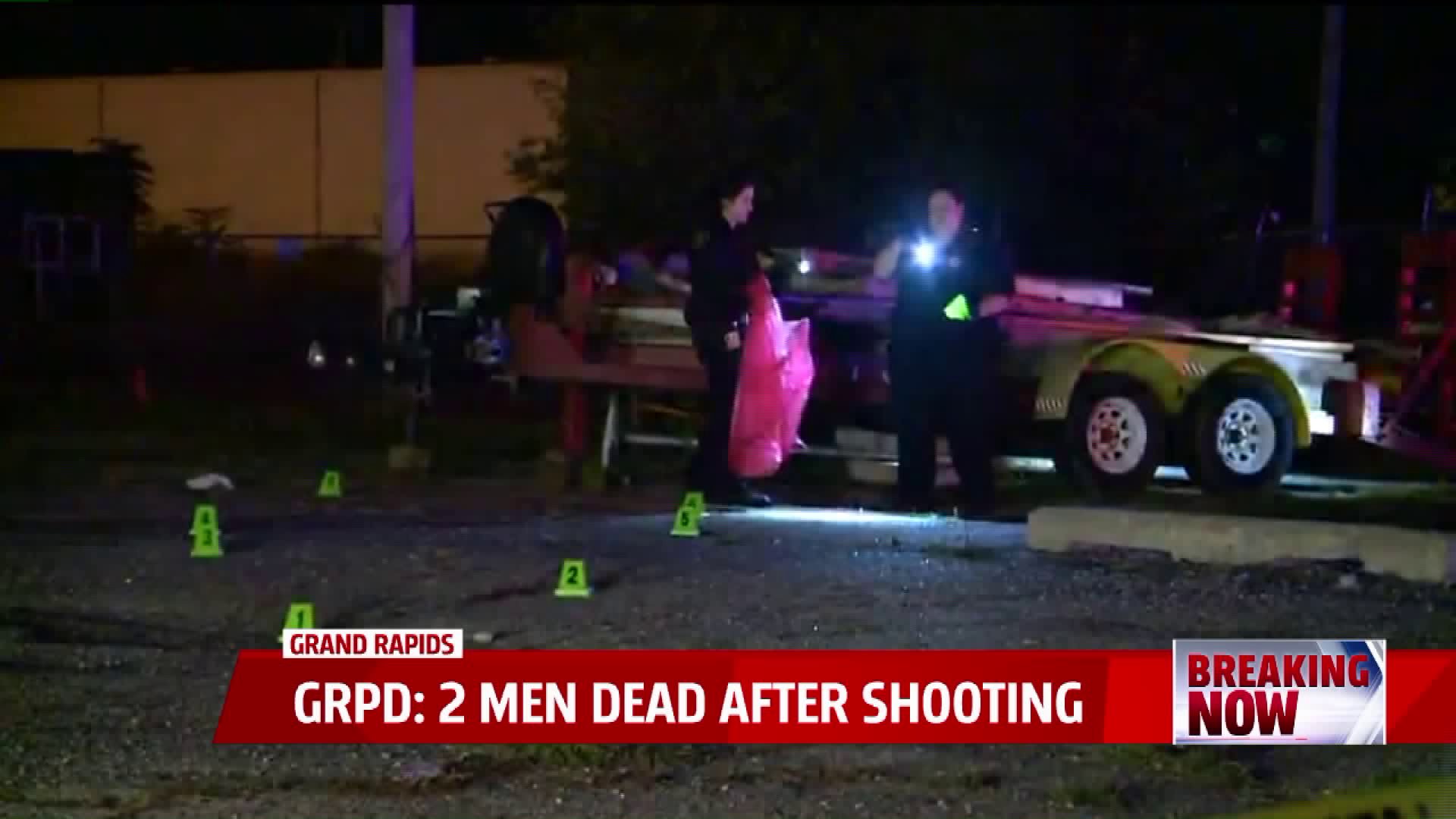 Police were flagged down in the area of Division and Graham Streets just before 2 a.m. after a car ended up crashing into some trees.

When officers approached the car, they found a man, 27, shot to death of an apparent gunshot wound.

Moments later, they found another man, 23, in the parking lot of the Big Save store also dead of a gunshot wound. Police believe he was ejected from the car during the crash.

Police at the scene say they believe the two men were shot at a different location and tried driving to the hospital before crashing the car.

At last check, no suspects are in custody and no description is available.

If you know anything about this case you are being asked to call Grand Rapids Police or Silent Observer.