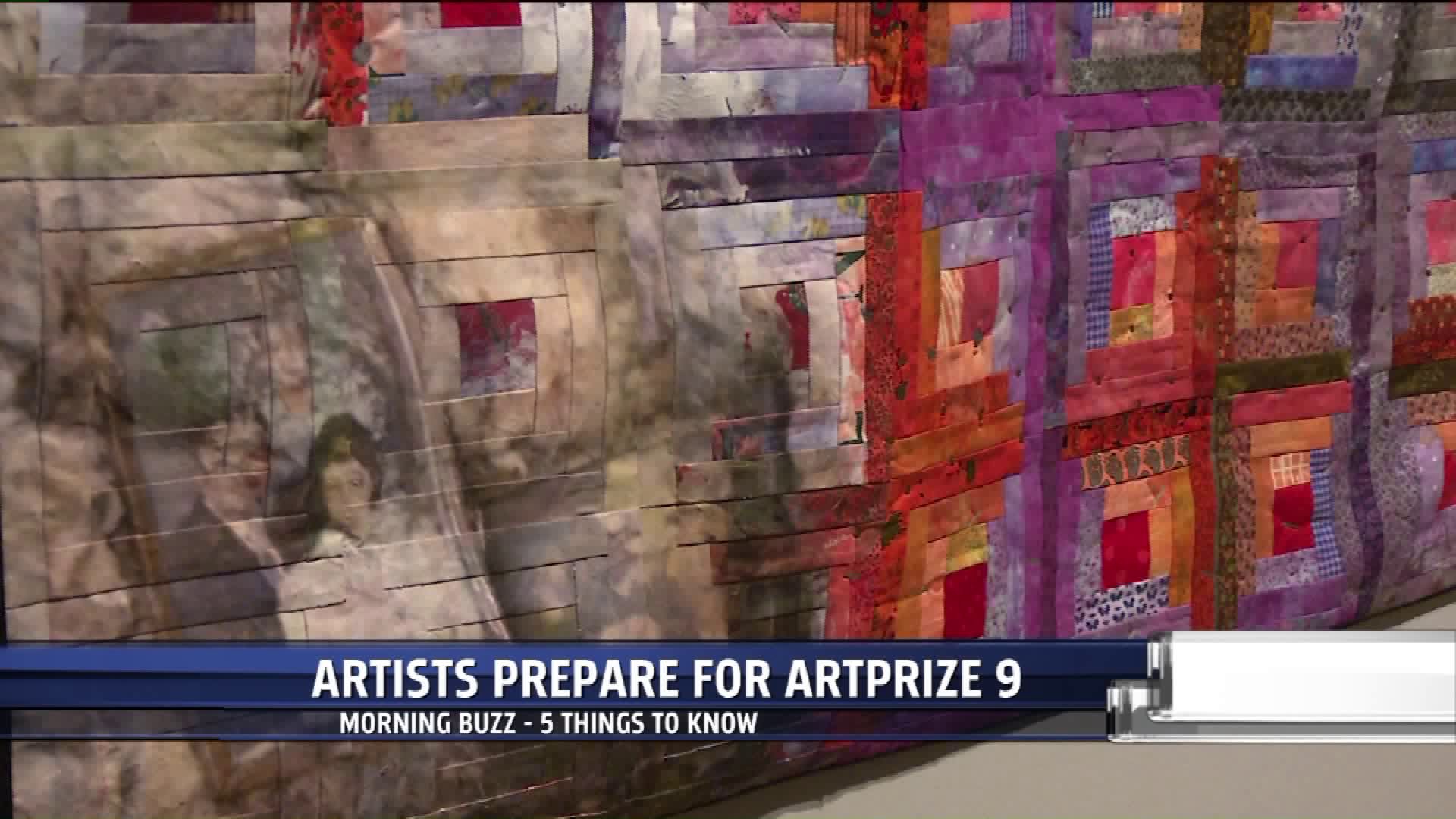 1. A couple of big stars are using their fame to fight for wages in Michigan.

Lily Tomlin and Jane Fonda are touring the state, campaigning to increase the state’s minimum wage. They made their first stop at Kalamazoo College on Tuesday.

The “Grace and Frankie” co-starts are launching an initiative called the “One Fair Wage” which will raise the state’s minimum from $8.90 to $12 an hour by 2022, and increase the minimum wage for tipped staff in the restaurant industry from $3.38 an hour to $20 as well by 2024.

They’re looking to collect $350,000 signatures in order to get this on the ballot for the 2018 mid-term elections.

Their next stop is in Ann Arbor.

2. ArtPrize 9 kicks off a week from today, and if you’ve been to downtown Grand Rapids lately, you’ve probably already noticed some entries going up.

More than 180 different venues will be displaying art this year. The Grand Rapids Art Museum, for example, is hosting 16 artists. One of them is even transforming an entire gallery at the GRAM into an interactive piece.

ArtPrize starts on September 20 and runs through October 8.

3. Trader Joe’s is expected to be open by mid-October at Drake Shopping Center in Oshtemo Township, and this week they’re hiring.

The fiar runs through Friday and continues each day from 9a.m. to 7 p.m.  Just stop by the store and be interviewed on the spot.

Also come prepared by going to traderjoes.com and printing out applications. They’re looking to fill close to 100 positions.

4. What’s the best college in the U.S.? Depending on who you ask, the answer is up for debate.

U.S. News and World Report and College Factual both released their lists for the Best Colleges of 2018, and they’re very different.

U.S. News picked up Princeton University as its number one pick for the seventh year in a row.

College Factual put that school at number three, and picked Yale for the top spot.

Rankings are based on several factors, including graduation and freshmen retention rates, so it’s not clear how the two sources came out with different lists.

5. The 12 finalists vying for a place in the National Toy Hall of Fame have been announced, and this year’s list is full of no-frill toys.

The paper airplane, sand, and play food are the contenders for the class of 2017.

The Magic 8 Ball, matchbox cars, My Little Pony, the Pez candy dispenser, Transformers, and board games like Risk and Clue are also on the list.

Two or three toys will be inducted on November 9. They’ll join 63 other inductees already in the museum, including the dollhouse, dominoes, bubbles and big wheels.