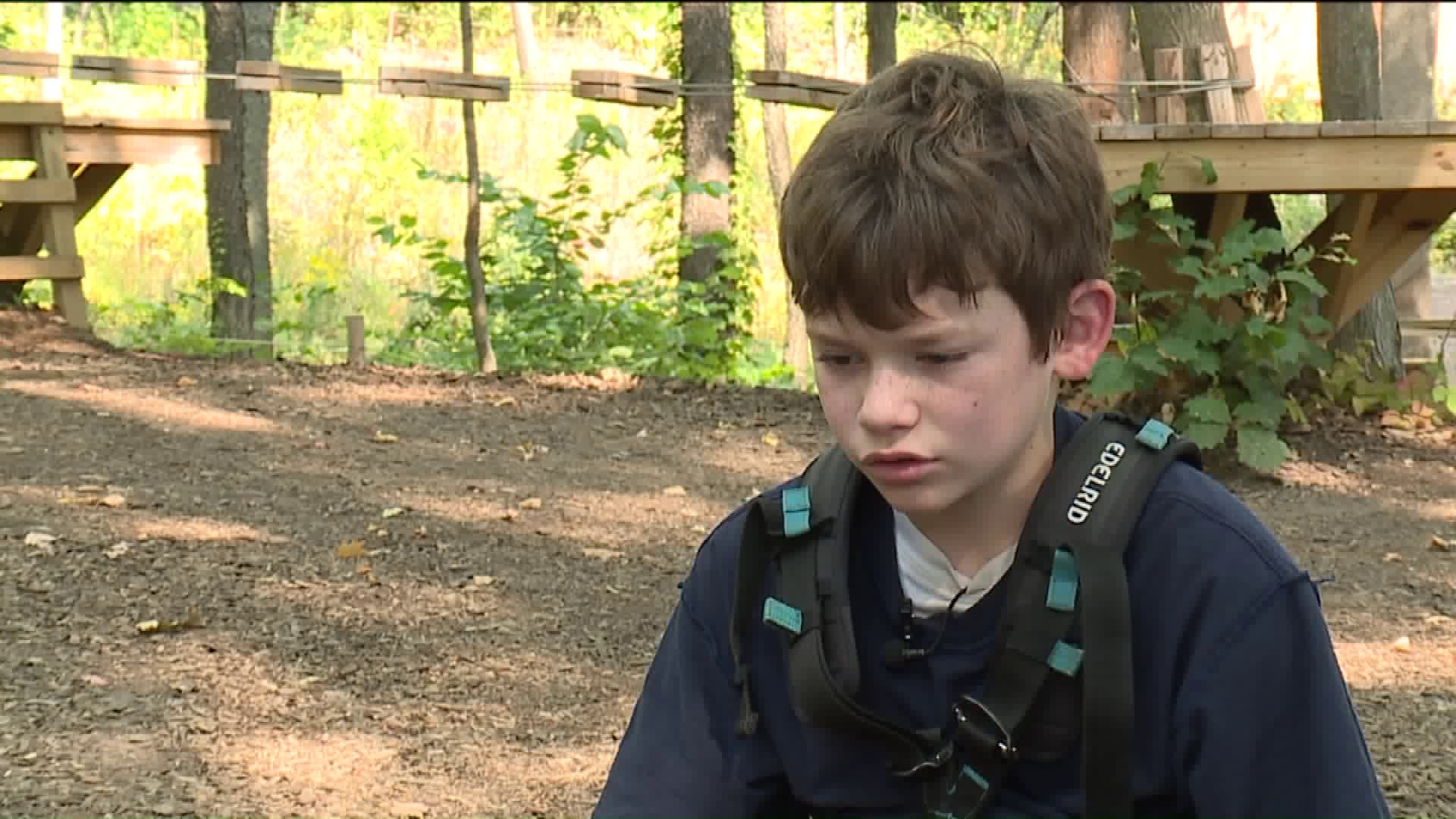 Anthony, 11, clipped into his climbing gear at Grand Rapids Treetop Adventure Park. Then one step at a time, looking straight ahead, he conquered his fear of heights. And his favorite part? The zipline.

"It was fun!" he said. Then he quickly offered advice for anyone else who's afraid of heights: "Just whatever you do, don't look at the ground."

Anthony dreams big in school. He's enjoying the fifth grade and shared the latest he learned about photosynthesis in his favorite subject, science.

Playing outdoors, cards and video games are some of his favorite hobbies.

"Terrarium," he said is one of his favorite video games, "it's pretty much a building strategy game."

But for Anthony, the biggest dreams come when he thinks about family.

And he imagined what a day well spent with his future forever family would look like:

"Going to a card shop, going to play games, and Pokemon," Anthony said.

And then, his greatest hope for the year ahead Anthony said is "to get a new family."

If you would like to learn more about Anthony and the adoption process, please call his adoption agency Orchards Children's Services at: 1-(855)-694-7301. FOX 17's Forever Home series has helped 95 percent of the children featured to be adopted or in the process of being adopted, according to OCS.

FOX 17 would like to send a huge thank you to Grand Rapids Treetop Adventure Park for an awesome filming experience!