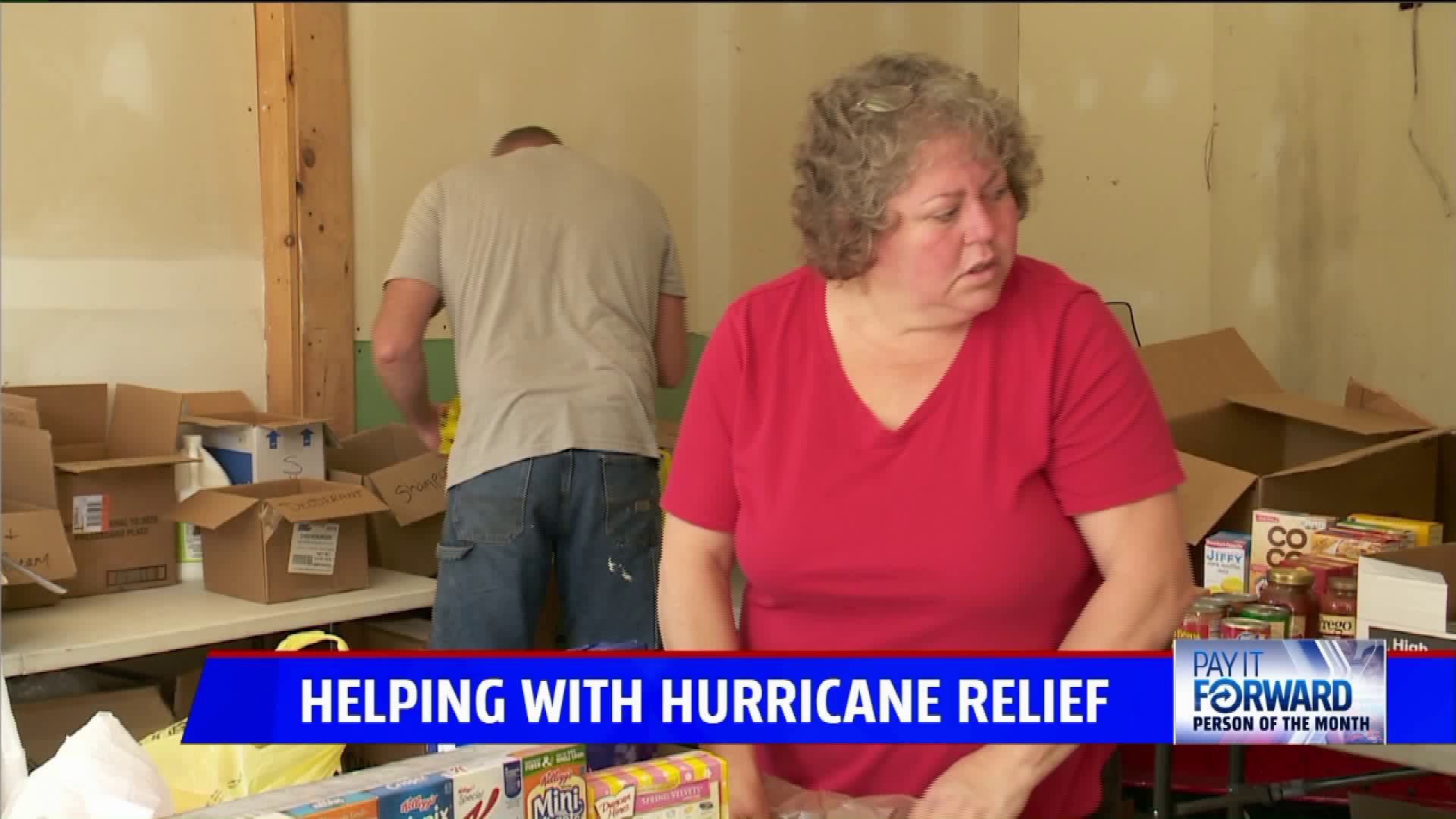 QUINCY, Mich. -- A couple known for stepping in to help after natural disasters is at it again. This month, the Tubergans have organized and send aid to parts of Texas and Florida ravaged by hurricanes. Now they're collecting donations for Puerto Rico, following Hurricane Maria.

"Just want to help people that are in need, 'cause I hope sometimes when I'm in need, people help me," Jim Tubergan told FOX 17 News. "It's paying it forward. That's what we're here for."

The couple has previously helped with relief efforts following Hurricane Katrina, and devastating tornadoes in Moore, Oklahoma, along with Tuscaloosa, Alabama.

Lisa Tubergan said it started even before they were married. She helped with disaster relief efforts first back in 1992, following Hurricane Andrew.

"I just have always loved people," she explained. "...I don't really need anything out of it. A simple hug, thank you. Even if I don't get that, I'm fine with it, because I know I did something to make a difference."

When Lisa started hearing about Hurricane Harvey, it didn't take long to decide to do something.

The couple put out the call on social media. Donations quickly came in, overtaking their garage and overflowing to the Quincy Event Hall building next door.

"It started out where I was just gonna take my truck and trailer down there," said Jim. "We actually filled up four trailers. We probably could have filled up a semi."

Just days after Hurricane Harvey, Jim, a former missionary, was on the ground in League City, Texas, personally delivering the donations to families who'd lost everything.

"We helped over 250 families with that load," he said. "The enjoyment of seeing their faces. Seeing the pleasure on their faces, how pleased they were. How happy that we did it for them. How shocked they were that a small community like this got together and sent it down there. Helped them out."

Jim was able to document most of the trip, through Facebook live videos, allowing Lisa and others back home to take in the moments as well.

"To see something like that, very heartwarming," said Lisa. "...You could tell they were thankful."

Before Jim could drive back to Michigan, plans were already in place to do the same thing, down in Florida following Hurricane Irma.

Now, they are once again organizing a donation drive to help people in Puerto Rico, devastated by Hurricane Maria. This time, they're working with the United Way and local companies to coordinate the relief.

Monetary donations can be made to:

As the Pay it Forward Person of the Month, the Tubergans are receiving a prize of $300 dollars.

Meet Kathy DeGraw, our August Pay it Forward Person of the Month.