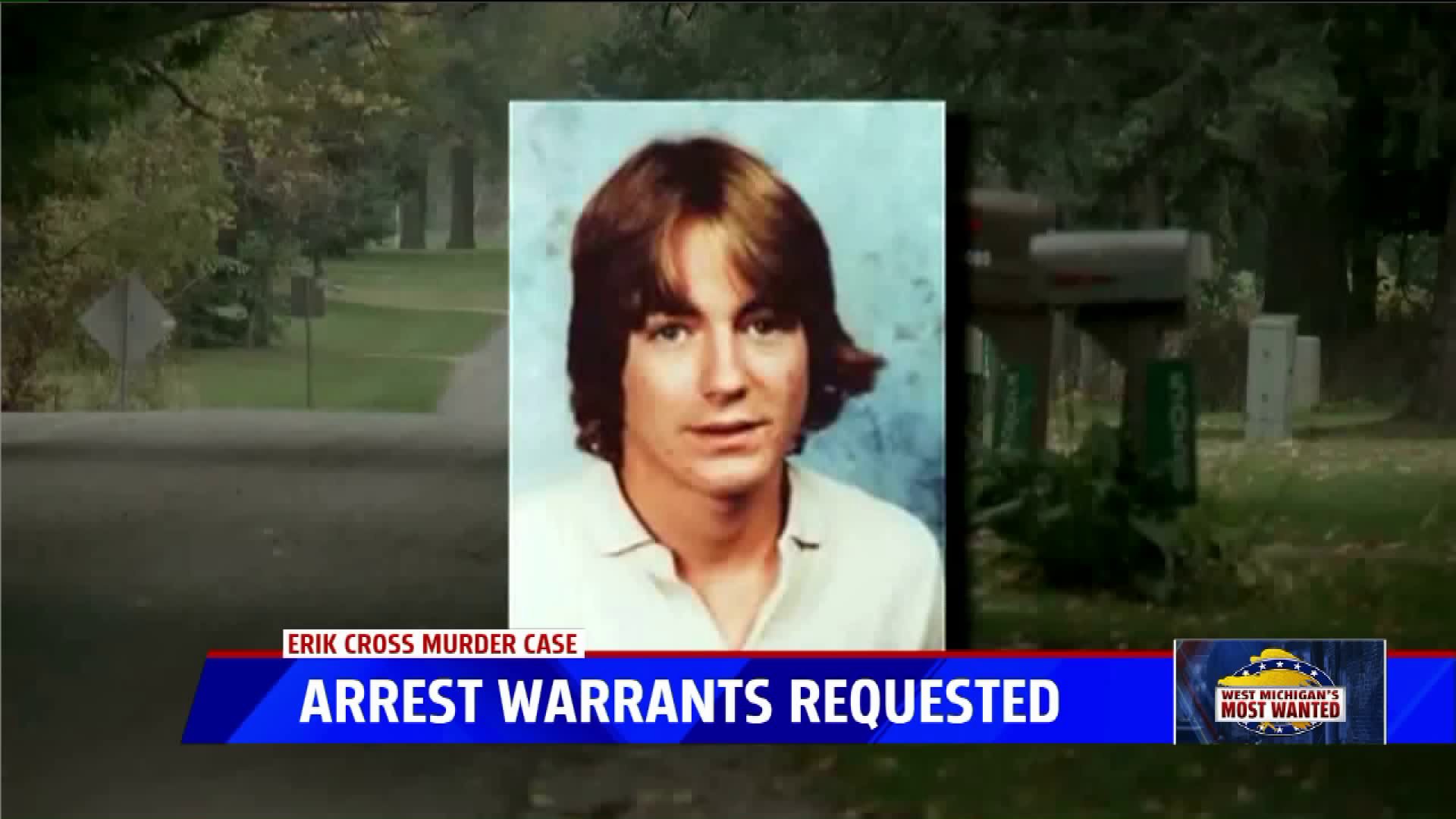 KALAMAZOO, Mich. — The news Jackie Mitchell had been waiting three decades to hear came on Thursday. Kalamazoo County Undersheriff Pali Matyas called her up to tell her he had some big news she said.

“We sat down together at the Cracker Barrel,” said Mitchell during an interview. “And he shared with me that the sheriff’s office has requested arrest warrants on murder charges for everyone involved with my brother Erik Cross’ murder.”

Mitchell was immediately filled with a mix of emotions, she said. Relieved to hear the case is moving forward but anxious for the arrests to happen. She and Matyas spoke for two hours and when they were done she called her mom.

“It’s good to hear this now,” said Mitchell. “Yet my parents were tortured by never having any resolution for all those years. So we are very happy that the Kalamazoo County Sheriff’s Office has stepped up to the plate.”

Erik Cross died on June 26, 1983 when he was just 16-year-old, she said. Mitchell remembered talking to him that night. He was getting ready for a party and his favorite song The Look of Love was playing on the radio. They chit-chatted for a few minutes and then he left. Mitchell went to bed to get ready for church the next day. Sunday morning she said her father woke her up at 6 a.m. to tell her that her brother was in the hospital.

“He said ‘Oh there’s been an accident, which we now know it was not an accident and never was,” said Mitchell. “Then I went out to the kitchen and then I looked out on the road and there was crime scene tape and police everywhere.”

When her parents came home that day, Mitchell said she knew by the look on her mom’s face that Erik had died. Deputies told her that the night before he was hit by a car full of people and killed while walking home from the party. They later left him on the side of the road.

“They [her parents] pretty much knew who killed Erik within a short time after he was murdered,” said Mitchell.

Mitchell said everyone in their hometown of Vicksburg knew. Detectives quickly launched an investigation naming Brent Spaulding as the main person of interest. He was known as the bully back then and has been in and out of jail on unrelated charges in recent years. Since the investigation first began, five more people have been named persons of interest.

“To me it would be more,” she said. “I can think of 8 or 10 [people] including parents of most of the people involved, which some of them have died.”

Now, after 34 years of investigating his death the names of those persons of interest have been submitted to the prosecutors office she said. Mitchell’s looking forward to seeing them in handcuffs.

“We want the prosecutor to issue these warrants immediately,” said Mitchell. “They can’t hide anymore.”