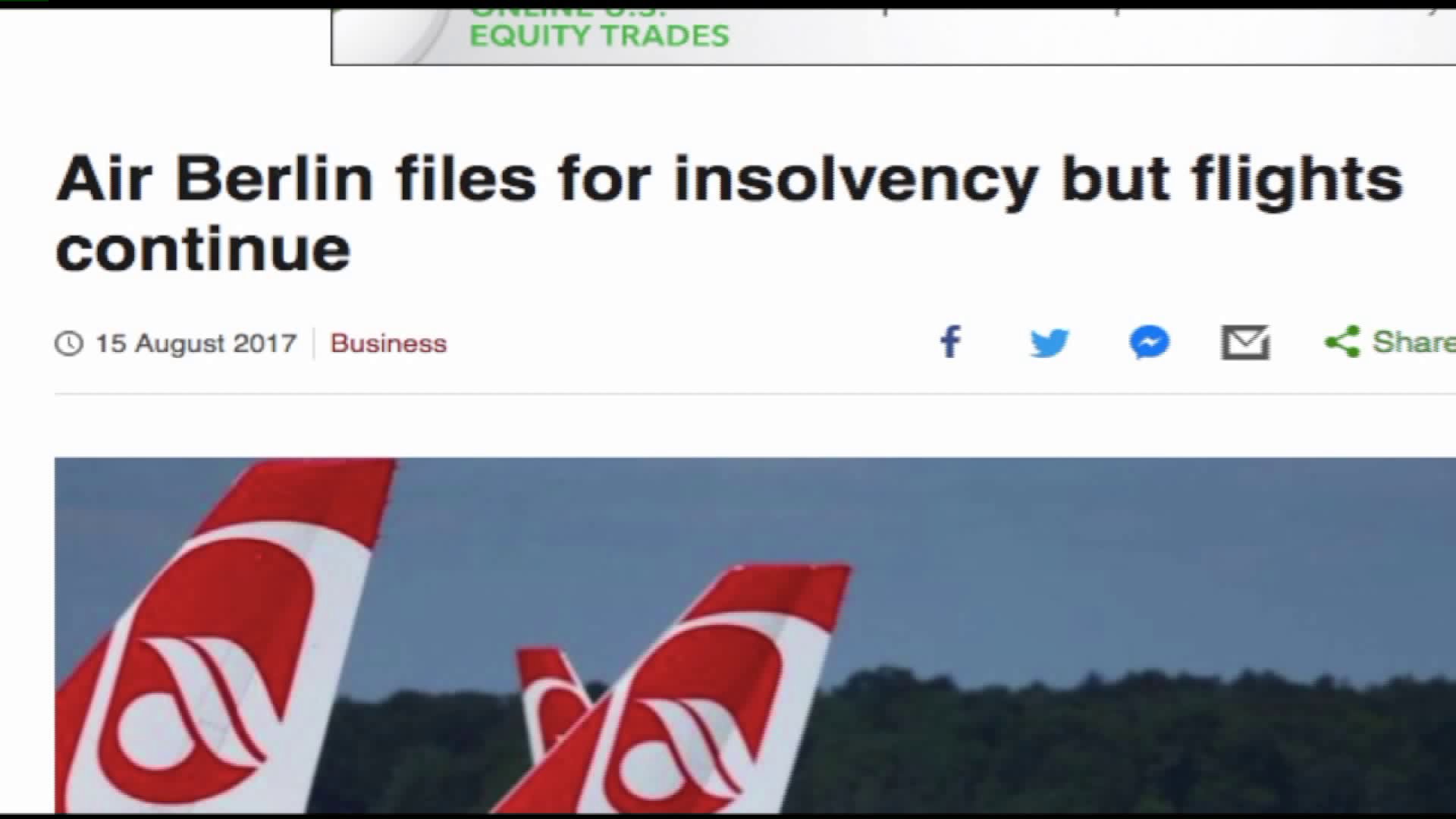 GRAND RAPIDS, Mich. -- Kelly Brown and her fiancé planned to backpack through Europe for their honeymoon for part of this month. Brown said that's what their wedding registry revolved around and how they funded their flight. But she said Air Berlin canceled the flight and refuses to refund their money or reschedule them.

In July, they booked the flight through Expedia.com and paid $1,300.

Brown says they did their research. "Like most young people who use the internet, we searched all the reviews and everything on Air Berlin was like, 'Yeah, it's a fine flight. It's no better or worse than a Delta or a United.'"

In late August, she said she went online to reserve their specific seats. "I kept getting this error message on Air Berlin's website," Brown explained.

So she sent them an email asking for help. "They emailed me a week later and said, "We've canceled all 'loss-making flights.' Please contact your travel agent."

A Google search revealed the company filed for insolvency back in mid-August.

"Nobody emailed us. Nobody called us. Expedia didn't. Air Berlin didn't. We were totally unaware," Brown stated.

"Usually when something happens on an airline, I feel like you hear about it right away," Brown said.

The company's Facebook page has been and continues to be flooded with similar complaints about canceled flights with no compensation. Company representatives are apparently telling people that there won't be refunds for flights booked before the insolvency date August 15.

Air Berlin CEO Thomas Winkelmann posted a video on that date. In it, he said potential travelers need not worry about the airline's financial situation.

"If you're thinking about booking with us, I can to reassure you that our service will continue," Winkelmann stated.

But flights have been canceled, and Brown's originally scheduled flight is less than a week away. She still has no refund and no offers from Air Berlin nor Expedia for a rescheduled flight.

The couple tied the knot October 7. The flight was scheduled for October 13.

They paid for traveler's insurance through Expedia, but Brown said it appears the insurance doesn't cover this type of situation.

FOX 17 has reached out to Air Berlin and is still awaiting a response.

We also reached out to Expedia and sent them Brown's information. The company said it will take a closer look and get back with Brown.