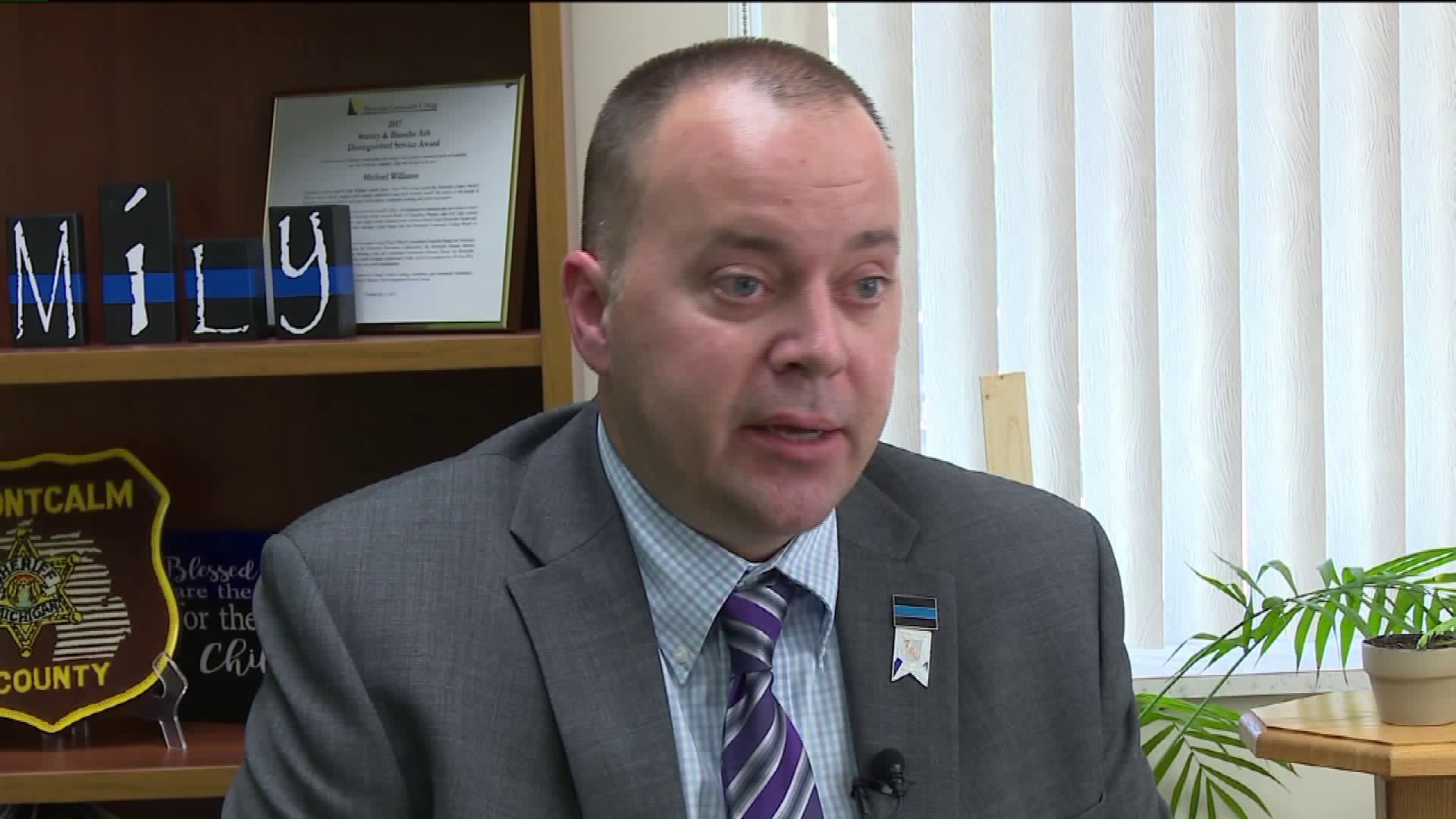 While some may have called it quits, Kotenko said he couldn't wait to get back to serving his community.

"I wanted to be back there the day after. I was telling guys I wanted to get back to work," he told FOX 17.

Kotenko said it's been a long road to recovery as he endured months of physical therapy and doctor appointments. Investigators said Travis Quay orchestrated an ambush and shot the deputy with a crossbow as officers tried serving him an arrest warrant.

Kotenko explained, "[The bow] entered on the right side. I lost a piece of my lung, and it missed my heart. It nicked my spine. Obviously didn't do any damage, thankfully. A few millimeters either way, it would have been completely different."

A state trooper shot and killed Quay in the chaos.

Now he's back at serving his community which he said he's missed the most. Kotenko said he's currently doing light duty before moving back to road patrol.

"Moving forward, of course there's going to be thoughts. I think every police officer that's out on the street has those kind of thoughts that, ya know, when you leave home are you going to be able to go back to your family at the end of your shift? And you fall back on your training," he said.

Sheriff Michael Williams said the department is delighted to have Kotenko back.

Williams said, "We've waited for this for years for him and for him to be able to be in a situation where he's able to come back to work. So we're very happy to have him and we look forward to keeping him around for a long time."

Despite the physical and emotional scars from that night, Kotenko is not letting fear get the best of him.

The deputy said, "I would not be where I am without the support of my family. That includes law enforcement, not only here but I've gotten cards and support from police officers throughout the country. I wouldn't be here... especially my community."

Kotenko, a 16 year veteran on the force, said he's looking to finish his career his way and not dictated by fear.