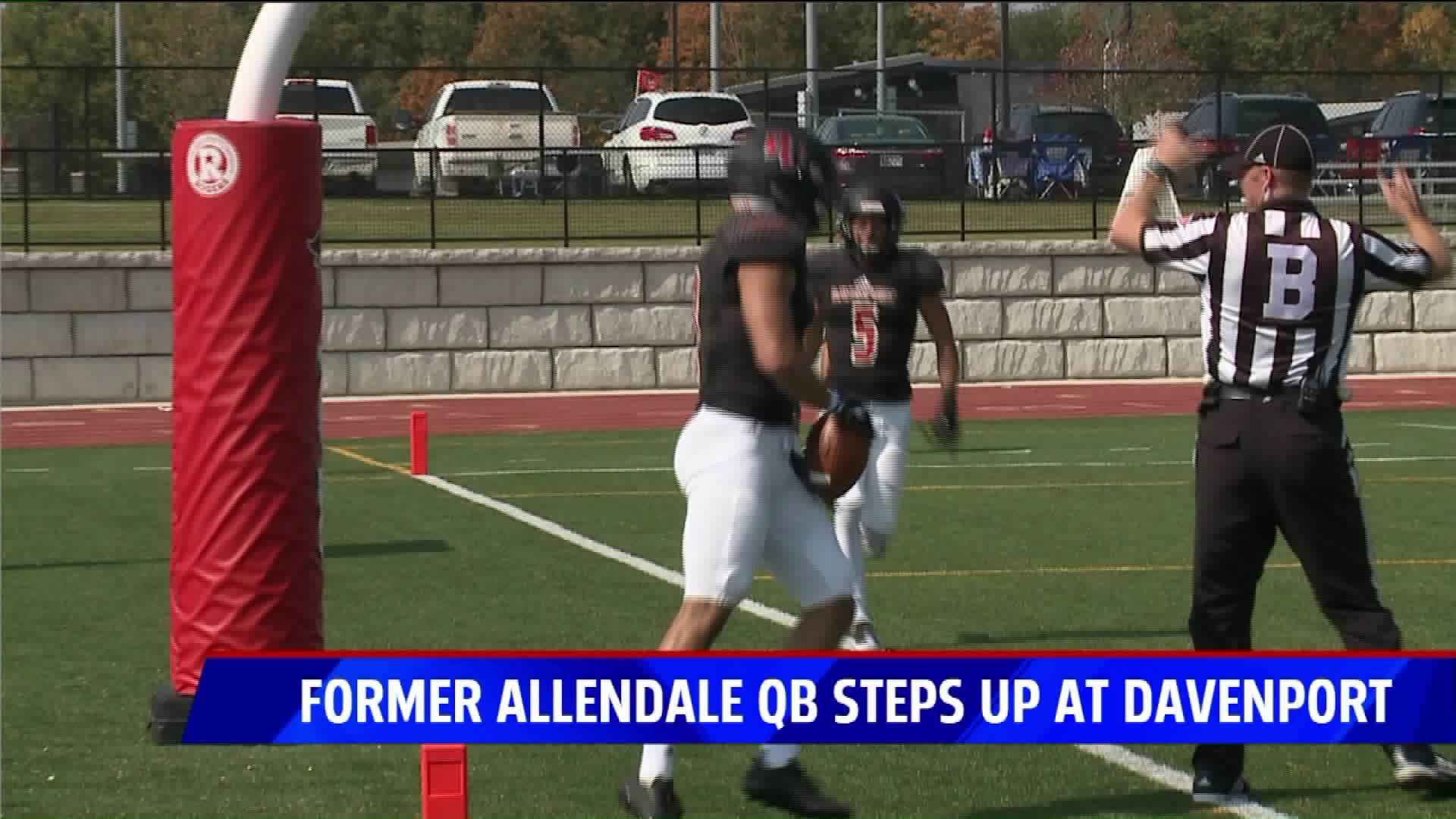 GRAND RAPIDS, Mich. -- In their first year in the GLIAC, Davenport football has had a number of challenges, including the loss of their starting quarterback. But former Allendale High School QB Haiden Majewski has stepped up to the job, leading the Panthers to their first win of the season.

"He`s done a great job," first year coach Sparky McEwen said. "From day one we knew that he was a kid that was able to run a spread offense, and he's so poised, and he's got a great football IQ. And to step into the tough situation that he has, he's done a great job."

"It`s a big honor, first of all," Haiden added. "And then we struggled early in the season, obviously, and just to get the first win and get it out of the way and have that kind of morale after the game and have our team up like that after the win is big for us."