Lead-poisoned children on the rise in Kent County 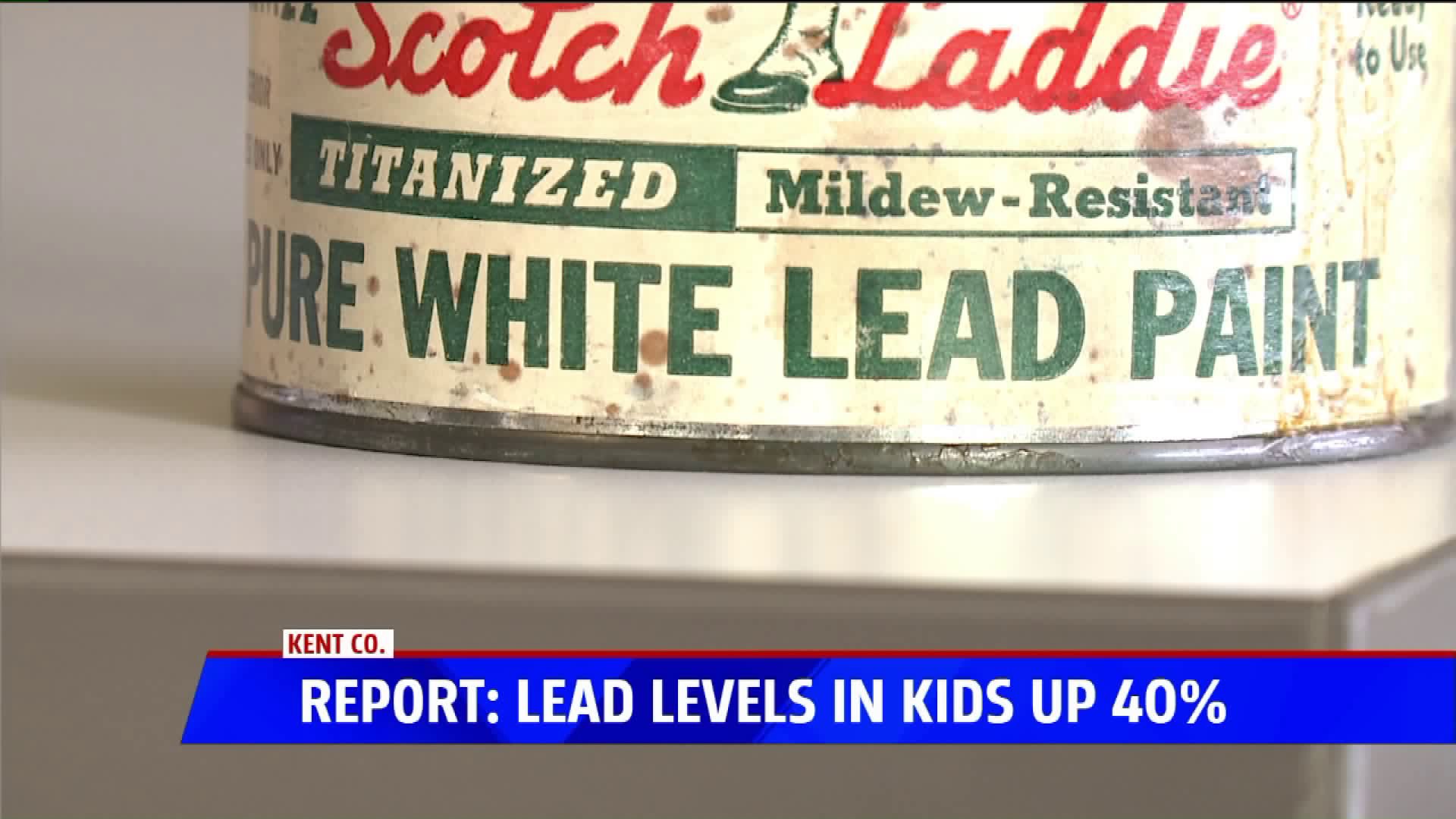 KENT COUNTY, Mich. -- A new report released on Monday morning suggests that -- after a decade of decline -- the number of lead-poisoned children in Kent County is rising, and a single Grand Rapids zip code has seen a 40 percent increase during the past two years.

The Healthy Homes Coalition of West Michigan reports the Michigan Department of Health and Human Services' data from 2016 shows the 49507 zip code had a 40 percent increase of lead-poisoned children. The culprit is not water, but lead paint and soil in older homes. Lead poisoning is also rising in zip codes 49504 and 49503. Two out of every three lead poisoned-children in Kent County live in zip codes 49507, 49504 or 49503.

To put the numbers into perspective, more children were lead-poisoned in 49507 than all seven Flint zip codes combined – before, during, and after the Flint water crisis.

Information: Lead Poisoning on the Rise in Kent County

"My best guess is the tight housing market is causing people to maybe move into homes that before they might have taken a pass on. My guess is maybe renovation is being done without safe practices, and that’s causing some of this lead paint to be disturbed," Haan said.

"We do know that there’s been more renovation going on the last few years, and we also know that across the state there are fewer contractors that are certified to do lead-safe work practices," said Haan. "That in itself does point to a problem."

At a recent public meeting with the coalition Get the Lead Out, parents in attendance called for additional educational opportunities in their communities, stronger presence in the media, and required testing of homes and children for lead.

Meanwhile, there is a Kent County Lead Task Force, and a Grand Rapids Lead Hazard Control Program with a three-year $2.9 million budget funded by HUD, which pays to identify and correct lead hazards for low-income home owners and landlords. Doug Stek, Housing Rehabilitation Supervisor with the Grand Rapids Community Development office, says since 2004 that program eradicated lead from about 1,400 homes, which are also listed on the Grand Rapids Lead-Safe Housing Registry.

Kent County Commissioner Robert Womack, who represents District 17 including the 49507 zip code, says when he ran for office in 2016 one of three homes he visited in that zip code told him lead was a "neighborhood concern." Womack released this statement to FOX 17 Monday:

"In 2016 I ran for office in the 49507 zip code. Lead poisoning was my number one health issue and priority while running for office. 1 out of 3 homes that I visited, mentioned lead poisoning  as a neighborhood concern. Kent County has started a Lead Task Force Team to  investigate interventions and policies to reduce lead based exposure. Also in 2017 Kent County Health Dept started the Lead Prevention Program. Last week I attended a Get the Lead Out Discussion with Paul Haan of Healthy Homes. We agree that the time has come for all levels of government to do all possible to remove lead from homes. We have started some great initiatives but we must all do more. Children are not only our future, in Kent County they are our number one priority."

For more information, and to receive a free home lead screening kit if you're a parent with a child three-years-old or younger as part of an abatement study, call the Healthy Homes Coalition of West Michigan at: (616) 241-3300 or visit www.GetTheLeadOutGR.org.

For additional testing and health information, call the Childhood Lead Poisoning Prevention and Case Management team with the Kent County Health Department at: (616) 632-7063.