Using intermittent fasting to lose weight: Is it a good idea? 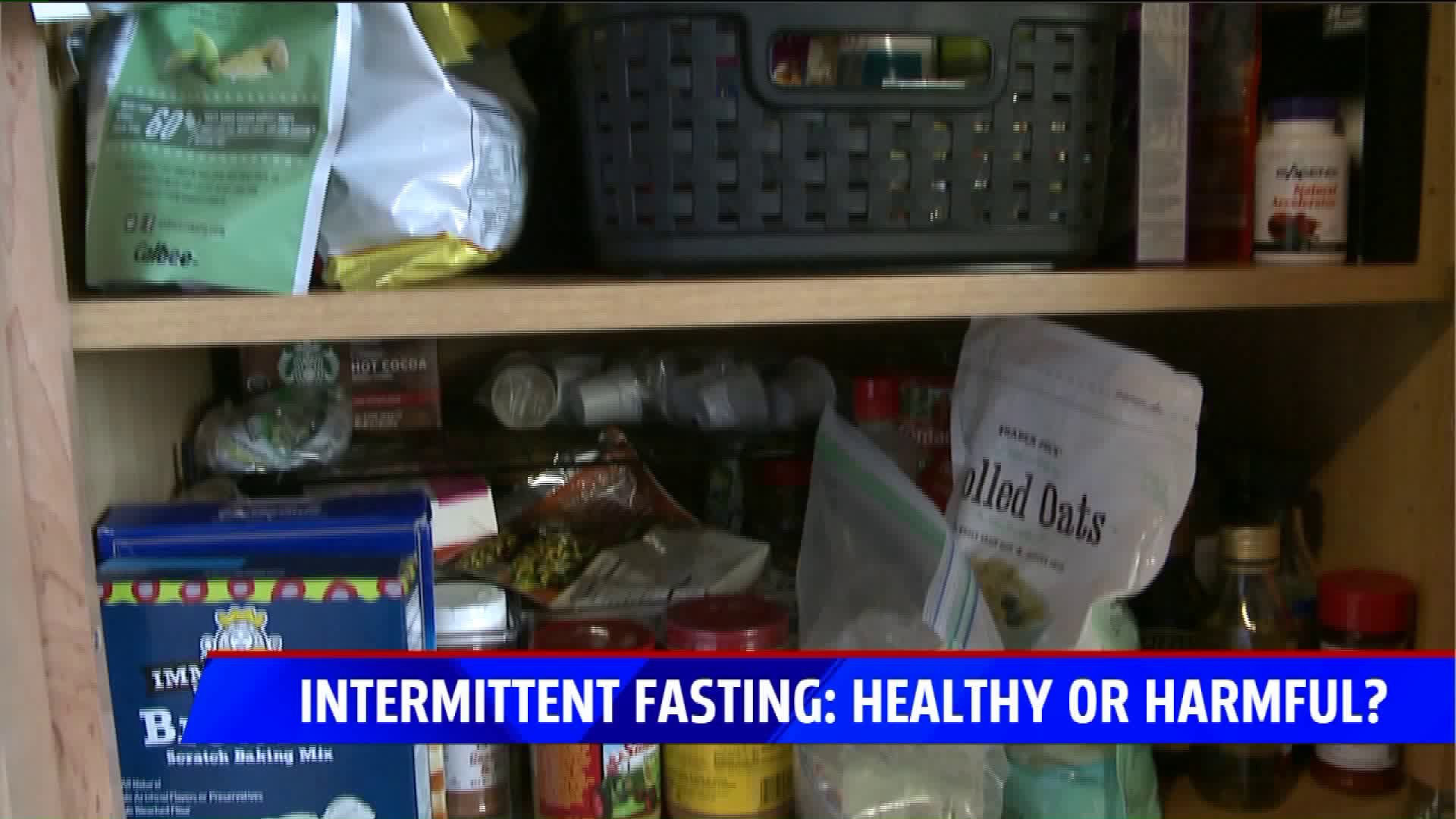 GRAND RAPIDS, Mich. -- In the battle to lose weight, some dieters are willing to try almost anything. But, one new diet that has grown in popularity is raising concerns.

Basically, the idea is to fast -or deny- yourself food for long periods of time. Some say it works great at shedding pounds, but others say it's a gateway to eating disorders.

A recently popular diet trend is taking our bodies' natural rhythm of fasting overnight and turning it into a way to lose weight. It's called intermittent fasting or I.F. Variations include going all day on limited calories, followed by a day or eating normally. Or, there is a version where one eats all the day's calories within a restricted time-frame.

Arianna Rinvelt says the I.F. lifestyle works for her.

“I was chubby when I was younger and, you know, when you're in high school you are getting this high school pressure on what you should look like," Rinvelt said.

She discovered a weight-loss supplement line and program centered around cleanses that claim to rid the the body of toxins, so participants can fuel their body with nutritious shakes and snacks.

"The type of intermittent fasting I do, I call it' supported Intermittent fasting' because, yes, you're depleting your body of food, but you're still getting all of the vitamins and nutrients you need throughout the day through this Cleanse for Life stuff," she explained.

In fact, researchers from Loma Linda University found IF is one of the best ways to lose weight and keep it off.

"It's really not a new fad. It's something we've been doing as body builders and fitness professionals for years," explained Keith Fabbri, bodybuilder and owner of Fabbri Fitness LLC.  "It's just something the general public has now caught onto with the fitness craze.”

But Fabbri cautions it might not be the best way to go, depending on your fitness goals.

"If you're just trying to lose pounds and you want to see the scale drop, then that's probably the best method for you, if it fits into your schedule.”

But, he says it can work against someone who is trying to build muscle.

Kate Boss, registered dietician with Helen DeVos Children's Hospital goes a bit further about the potential risks of IF.

"First, you're going to be prone to developing disordered eating, whether that's binge eating, bullemia, anorexia nervosa. You're putting yourself at risk for nutritional deficiencies.”

She goes on to say there is a risk of weight gain.

"Those days of healthy eating, most of the health studies show people are binge eating on those days and actually eating more and satisfying those cravings," Boss said.

The issue of metabolism also comes into play.

"If you don't eat enough calories throughout the day, day-after-day-after-day, then your metabolism will slow down as well because you're not feeding it enough," Fabbri explained.

"What happens is the body goes into survival mode and wants to store any energy you have because it doesn't know when it's going to get a meal again.”

Bottom line, professionals say the best way to get healthier is the tried and true formula.

"Balance and portion control are key," Boss said. "Not overeating, but not under-eating.”

She also encourages people to eat whole foods, such a fruits, vegetables, whole grains and lean proteins. As always, check with a doctor first before trying anything new, such as an exercise or diet regimen.