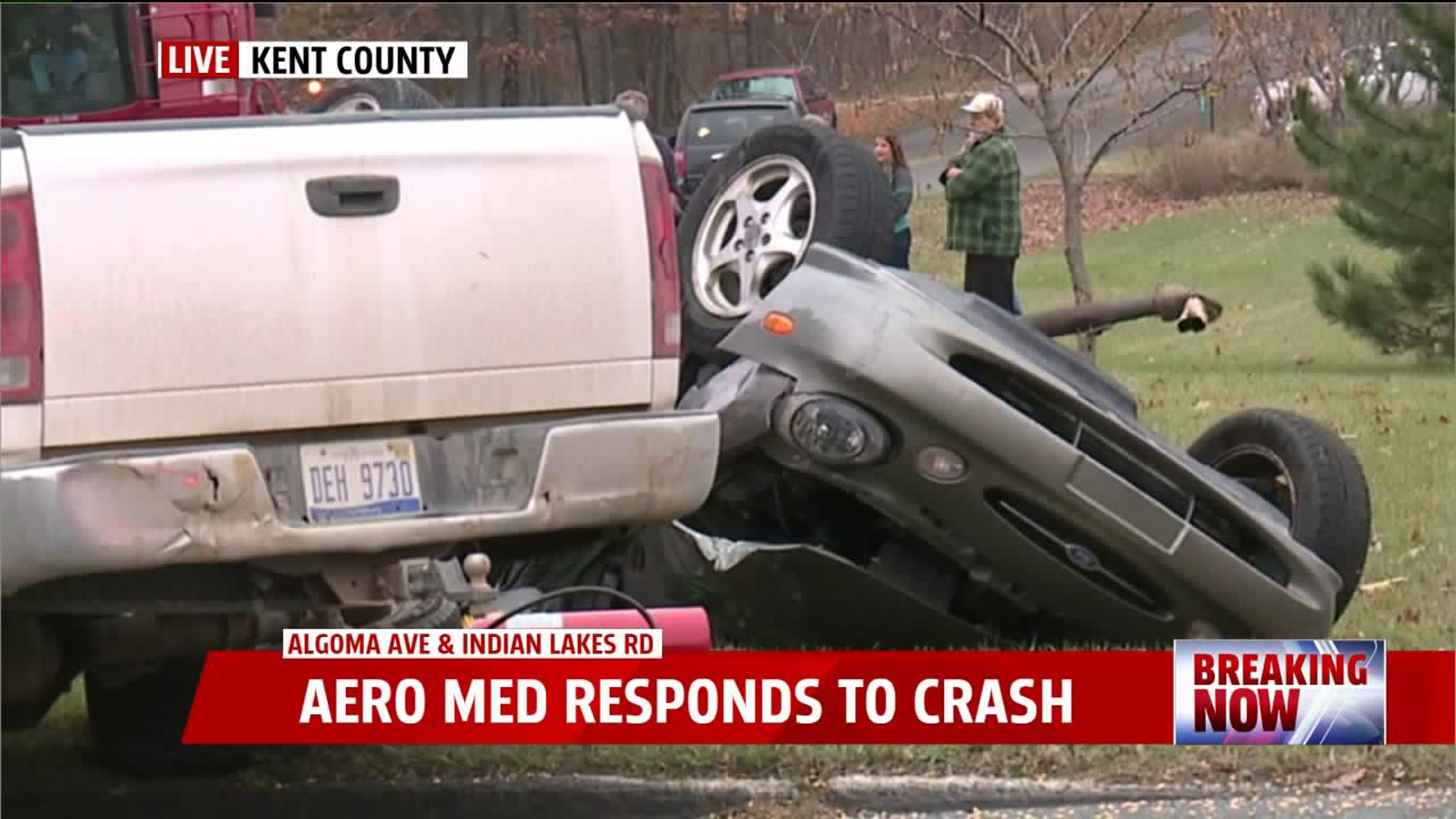 ALGOMA TOWNSHIP, Mich. -- A woman was injured in a crash Tuesday in northern Kent County.

The crash happened at about 3:20 p.m. at the intersection of Algoma Avenue NE and Indian Lakes Road.

The Kent County Sheriff's Office says witnesses reported that a westbound car failed to stop at a stop sign and was hit by a northbound pick-up truck.

The driver of the westbound car, a 21-year-old Comstock Park woman, was pinned in her vehicle and had to be extricated.  She suffered head trauma and was taken to the hospital by AeroMed.

The driver of the truck was not injured.