Michigan Adoption Month: “It taught us how to love in a way we didn’t know we had in us” 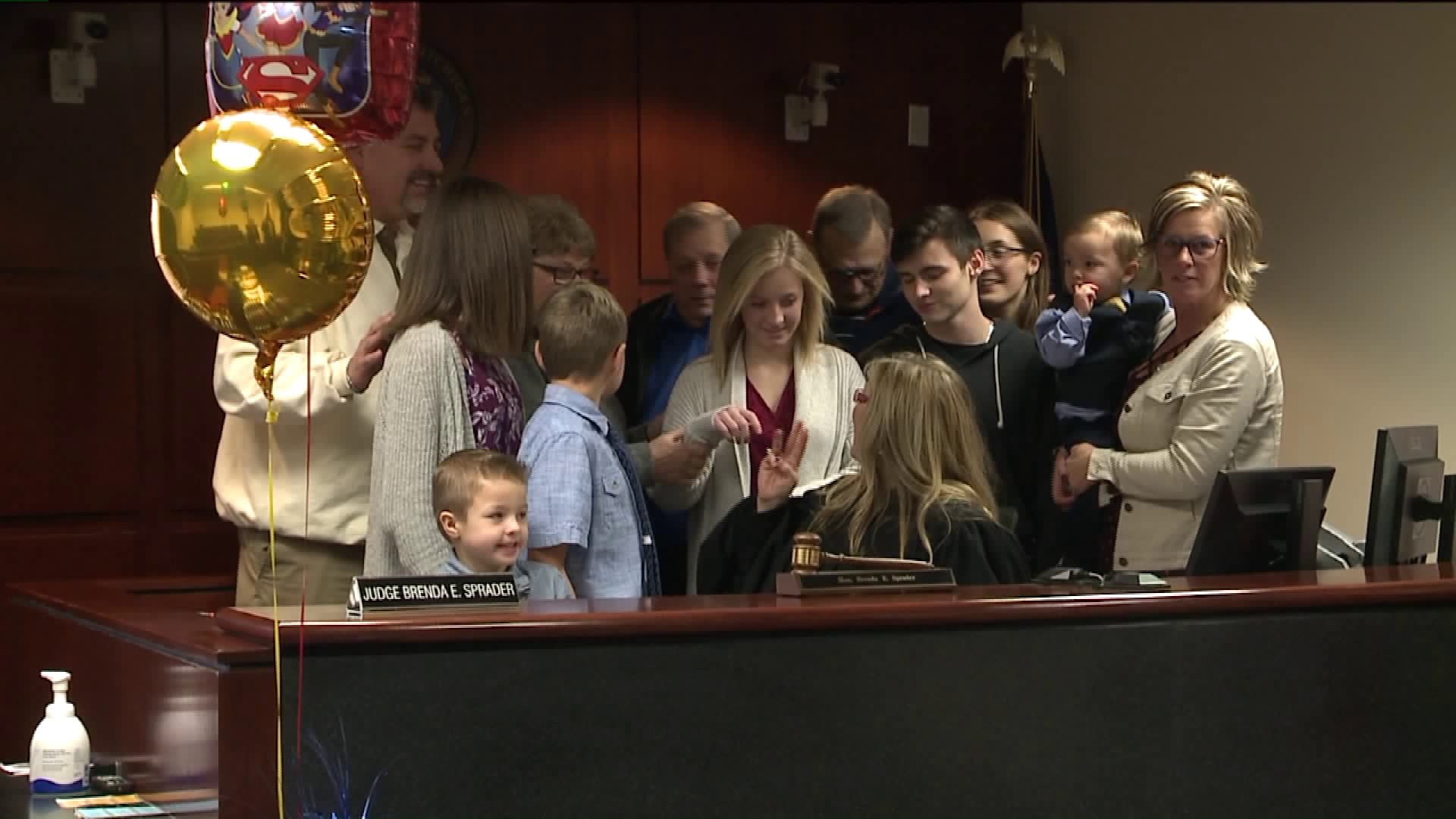 MUSKEGON COUNTY, Mich. -- November is  Michigan Adoption Month, as the Michigan Supreme Court encourages judges across the state to celebrate families finalizing adoptions, bringing awareness to the more than 3,000 kids statewide in need of forever homes.

It's a moment they say was 19 months in the making: since they met Isaiah and his birth mother in the hospital.

“It’s taught us how to love in a way we didn’t know we had in us," said Deanna Collins, moments after her son Isaiah's adoption was finalized.

After a 19-month fostering process, Deanna and Chris Collins became parents of five, and in this court’s eyes: superheroes.

"Today is a day that we want to give thanks to families and create awareness, across especially our county, that there is a great need for foster care parents and for those to consider adoption," said Judge Sprader to the courtroom.

“There was a feeling within both of us that we already loved you," Deanna read in tears from her letter to the court.

"Our hearts were heavy and our eyes were a little teary," she said, recalling the moment she and her husband first held Isaiah in the hospital.

Isaiah's birth mother April was also at his adoption ceremony, as the Collins honored their friendship with her before the judge:

"I want to thank April, because if it wasn’t for you he wouldn’t be here," Deanna said to April in court.

"Can I say something?" April asked Judge Sprader. "He couldn’t be with a better family."

"It's been a roller coaster that’s what I call it, ‘cause there were ups and there were downs; there were a lot of tears at first," said Deanna of foster care.

From fostering to adoption, it's a process the Collins call unpredictably difficult, but worth every moment.

"If you’re thinking about fostering, it’s a great thing to get into," said Chris Collins.

"There are so many kids that just need a safe loving home to go to, so they can be cared for and loved for. I’d like to encourage that."

According to the Michigan Adoption Resource Exchange, more than 3,000 kids in Michigan are living in foster care, waiting to be adopted. If you want more information on foster care and adoption through the state, see the MARE website.