Season of Giving: Zeeland student plans to give toys to sick kids this holiday 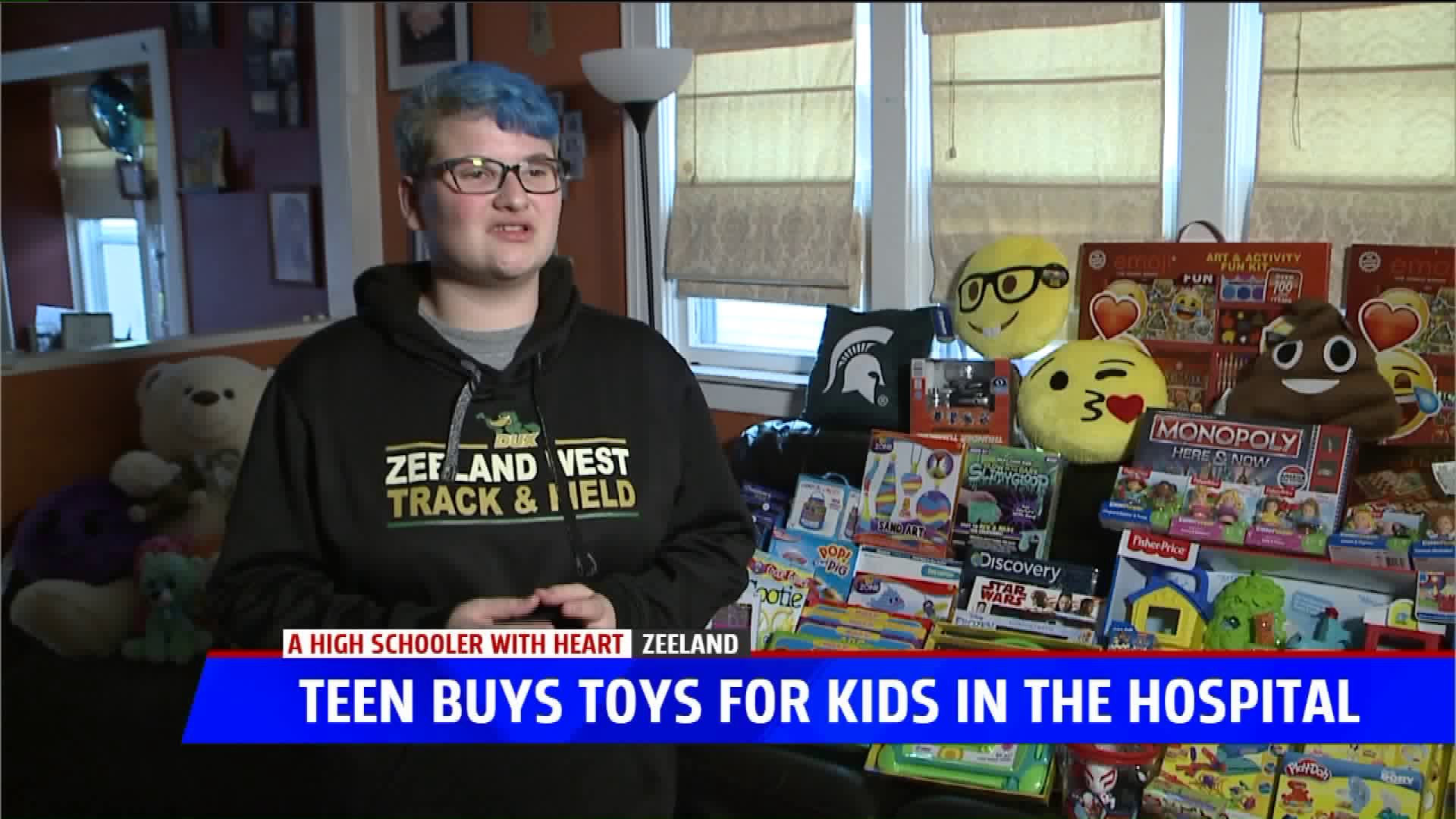 ZEELAND, Mich. – A high school girl from Zeeland is raising the bar for spreading holiday cheer this year. She organized a fundraiser to buy toys for children in hospitals, donating her time and her birthday money to put smiles on their faces.

16-year-old Riley Kayser is bringing hundreds of toys to kids at Helen DeVos Children’s Hospital in Grand Rapids. Her selfless act of kindness is a gift that keeps on giving.

“We are so proud of her,” says Kristy Kayser, Riley’s mom. “I can’t even express the words how cool it feels as a parent to have a child that at this time of year wants to take her birthday money and also get the community involved in something so much bigger.”

Riley also got her school, West Zeeland High School involved, with students and staff raising $800 dollars for the cause. She also gave $100 of her birthday money.

“I got fidget spinners because they were on sale and every kid wants one because they are the cool new thing," says Riley Kayser.

Riley got the idea for doing this last year while she was in the hospital for surgery and saw the need for spreading cheer.

Riley and her mom plan on dropping off all the toys sometime in the next few days.

She also has big plans for next year, hoping to expand the fundraiser and collect even more money for toys.