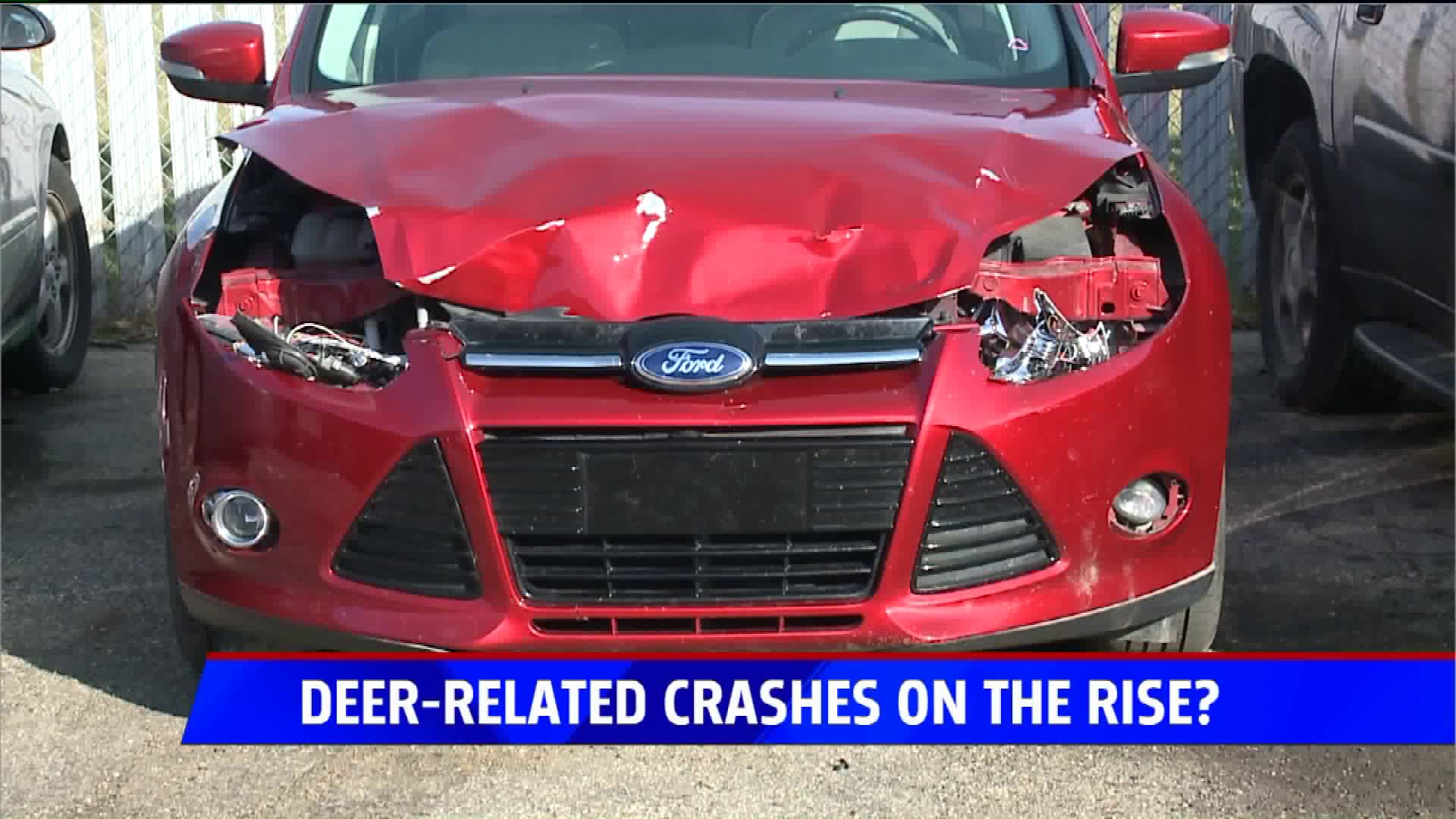 HUDSONVILLE, Mich. -- Staff at Auto Body Xperts said business just got busier after an increase in deer-related accidents over the weekend. It's that time of the year where thousands of dollars are being shelled out for repairing vehicles damaged by roaming deer.

Of course, no driver wants to find a deer in their path. But Mandy Beroza said the 16-year-old driving a 2016 Hyundai did, and the teen made an important decision with just seconds to think.

Beroza said, "She handled everything correctly.”

"She stayed right on the road. She didn’t swerve. She took it head on," she explained.

Beroza is the general manager of Auto Body Xperts and said the Hyundai is one of six deer-damaged vehicles that have come into the shop from over the holiday weekend alone.

She said, “Deer claims are something that are actually a little bit higher volume damage just because they typically make them non-drivable and go for the headlights, radiators, things like that.”

She attributes the rise in deer collisions to relatively warmer weather. Deer are roaming instead of sheltering in place (in cold and wet weather). It’s a big problem in Kent County which ranked second in the state for deer-related crashes last year. Ottawa County came in 6th place, according to the Michigan Deer Crash Coalition.

Beroza said if you find yourself about to hit a deer remember don't veer.

“If you can take them head on -- definitely your best choice," she said.