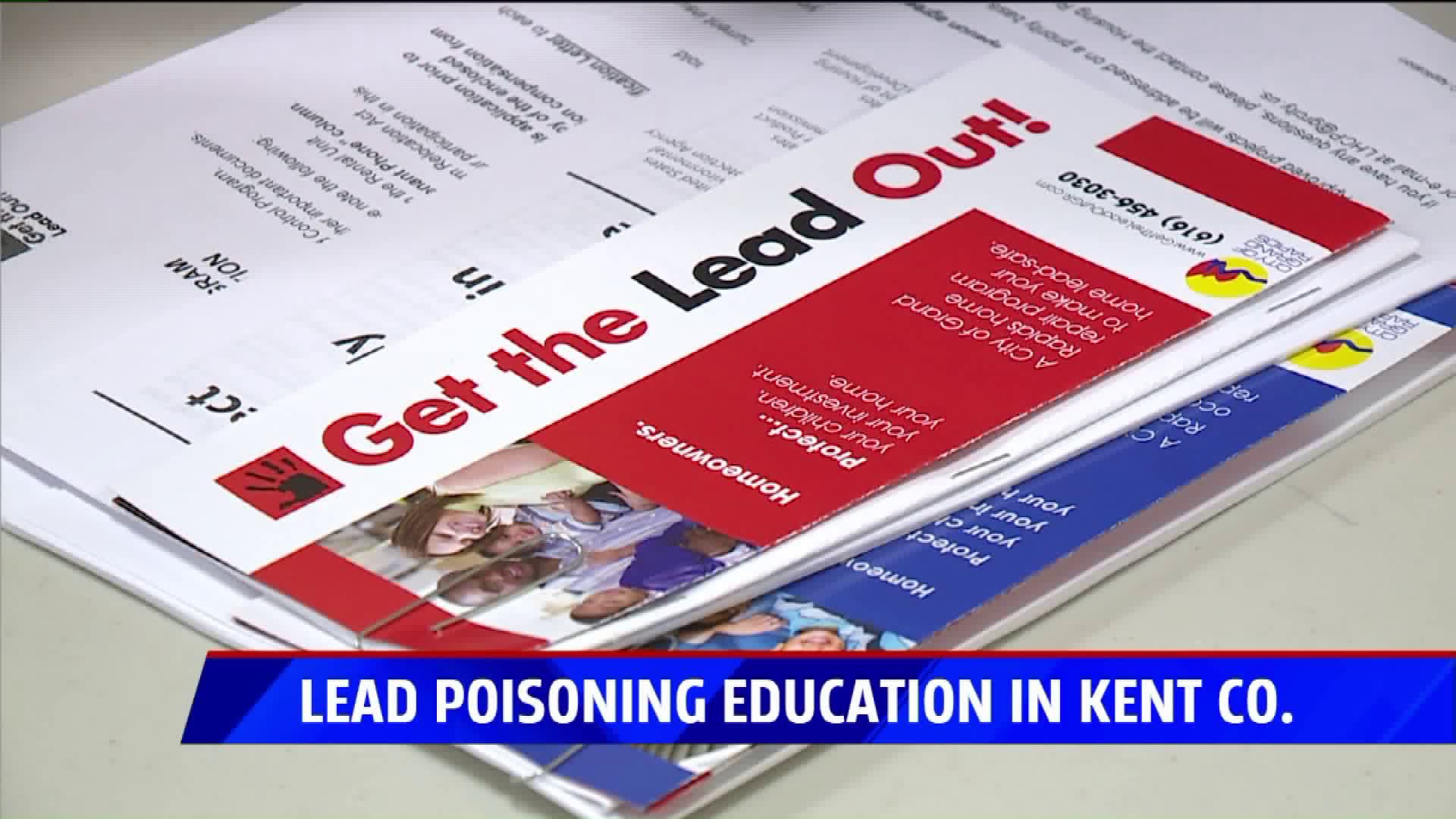 GRAND RAPIDS, Mich. -- After a decade of decline, the number of children with elevated levels of lead in their blood is increasing. And the 49507 zip code in Grand Rapids leads the state with the highest number of lead-poisoned children, even more than the city of Flint, which is still dealing with the effects of its water crisis.

Lead levels are also starting to increase in the 49504 and 49503 zip codes, specifically in high poverty, high minority neighborhoods.  Thursday, the Kent County Health Department invited the public to hear ideas for preventing lead poisoning and get some input from residents.

Lead can cause serious health problems, such as development delays, hearing loss and seizures.  It's most dangerous for children five and under.  However, treating lead poisoning isn't the biggest challenge for the county health department; they say right now, it's educating parents.

"If we don’t know -- educate about it -- then how could I help my friends get their kids tested, or anyone in our neighborhood tested, if I don’t get involved and find out for myself?" said Lisa Matthews, a resident in the 49507 zip code whose 3-year-old grandson has high lead levels.

Matthews takes care of her grandson, and when she had him tested for lead poisoning, doctors told her his levels were high. But, she says, they didn't say much else. “They didn’t tell me nothing else about what to do about it. They just told me, gave me a pamphlet, told me I had to feed him, and that was it," she said. "That’s all I knew about it. So, when I came to this meeting, it was kind of disturbing, like, why didn’t they give me that information?”

The information could have lowered the levels of lead in her grandson's blood much sooner.  Commissioners working with the Kent County Health Department say they're working to do a better job of educating parents and grandparents like Lisa.

“What else can we do to make sure we’re addressing this? One child poisoned is one child too many," said 3rd Ward Commissioner Senita Lenear. "Because we know we’re still experiencing this, we need to do whatever we can to make an impact and I’m committed to doing that."

Healthy Homes Coalition says four out of five homes in Grand Rapids were built before 1978, when lead was prohibited in paint.  The county is seeing an increase in home renovations, which is exposing old lead paint, creating lead-laden dust. The lead even gets into the soil.

"Our issue in Grand Rapids is not tied to water," Lenear said. "Our issue is tied to the homes, so we are all in and out of buildings and structures all the time. So we really need to make sure that we’re educating people on the dust particles that are in homes, the soil that’s around a home."

Since 2003, more than 1,300 homes have been made lead-safe, but that comes at a cost of about $25,000 per home.  Between remediation and making sure kids are getting tested and treated for lead poisoning, the county says they have a lot of work ahead of them.

The Kent County Health Department says that even parents whose kids have tested positive for lead still need to be equipped with information to know what the effects of lead are. For more information on lead in homes and even rental properties, click here.