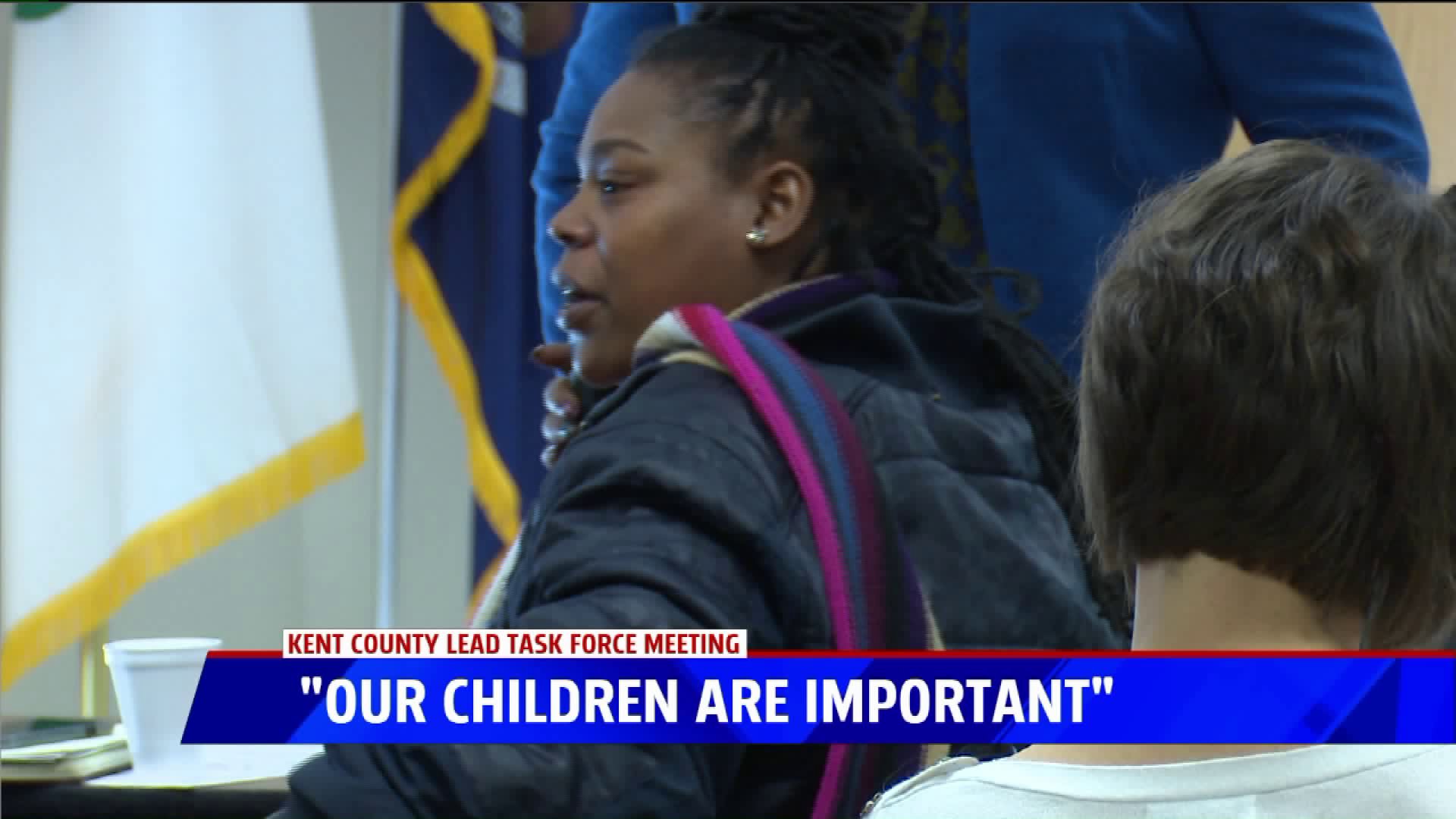 GRAND RAPIDS, Mich. -- Weeks after many families learned three zip codes have some of the highest rates of lead-poisoned children in the state, and are exponentially becoming worse, the Kent County Lead Task Force publicly presented recommendations to tackle this lead endemic.

Friday morning downtown Grand Rapids, the KCLTF presented their plan going forward to the community including several frustrated parents. As reported last month, Kent County zip codes 49503, 49504 and 49507 are highly lead poisoned compared to rates statewide and in the last two years 40 percent more children have become lead poisoned living in the 49507 zip code. The lead is found in paint and soil surrounding affected homes in these zip codes, and not in the water.

“I didn’t even know that the [49507] area was so full of lead, kids that had lead, it’s a horrible situation: these kids are developing speech problems, speech impediments, ADHD," said Tequita Culbreath, a concerned mother who lives in that affected area and was outspoken at Friday's meeting.

Culbreath says she rents in a 49507 neighborhood and her children are at risk for lead poisoning. She says she was shocked to learn of the growing issue just three months ago, when she volunteered with the Healthy Homes Coalition of West Michigan.

“I was so shocked," she said. "I am actually appalled at the fact that so many people don’t know about it."

Another mother attending the meeting stood up and said she also lives in the 49507 area: "I’m a medical provider, I did not know. My oldest child had high lead levels years ago when we were receiving services through WIC."

Paul Haan, executive direction with the Healthy Homes Coalition, presented and reminded the group of a statewide shortage of EPA certified lead-safe contractors. He urged residents and landlords to ensure any contractor hired is EPA certified, especially when renovating older housing.

Kent County Commissioner Carol Hennessy says she believes "the county is on the right track" to tackling this problem but there are not enough resources. She added some of the solutions are simple: eat a healthy diet, which can stop lead from settling in a person's bones, then dust and clean your home.

"We have Healthy Homes that’s working in the community right now, we are working with the WIC program to test children now, and then we are already beginning the public education piece," said Hennessy.

Meanwhile, parents like Culbreath say they are engaged and will help educate others about this problem that she says needs a louder call to action.

"I hope that people would educate more and more people about lead, and that anybody that has anything to do with the housing in Grand Rapids can be proactive in it and put as much money as we can towards the children," said Culbreath.

The KCLTF says that the Kent County Community Health Advisory Committee, as part of the Kent County Health Department, will work with partners to devise a plan by the end of June 2018 to achieve these recommendations.

Now through Sunday, Dec. 3 residents can take a survey regarding these recommendations on the county website here.

Also, through the end of the year, parents with children three-years-old and younger, as well as anyone family planning, can receive a free home lead testing kit as a participant in an ongoing study. Call the Healthy Homes Coalition at: (616) 241-3300.