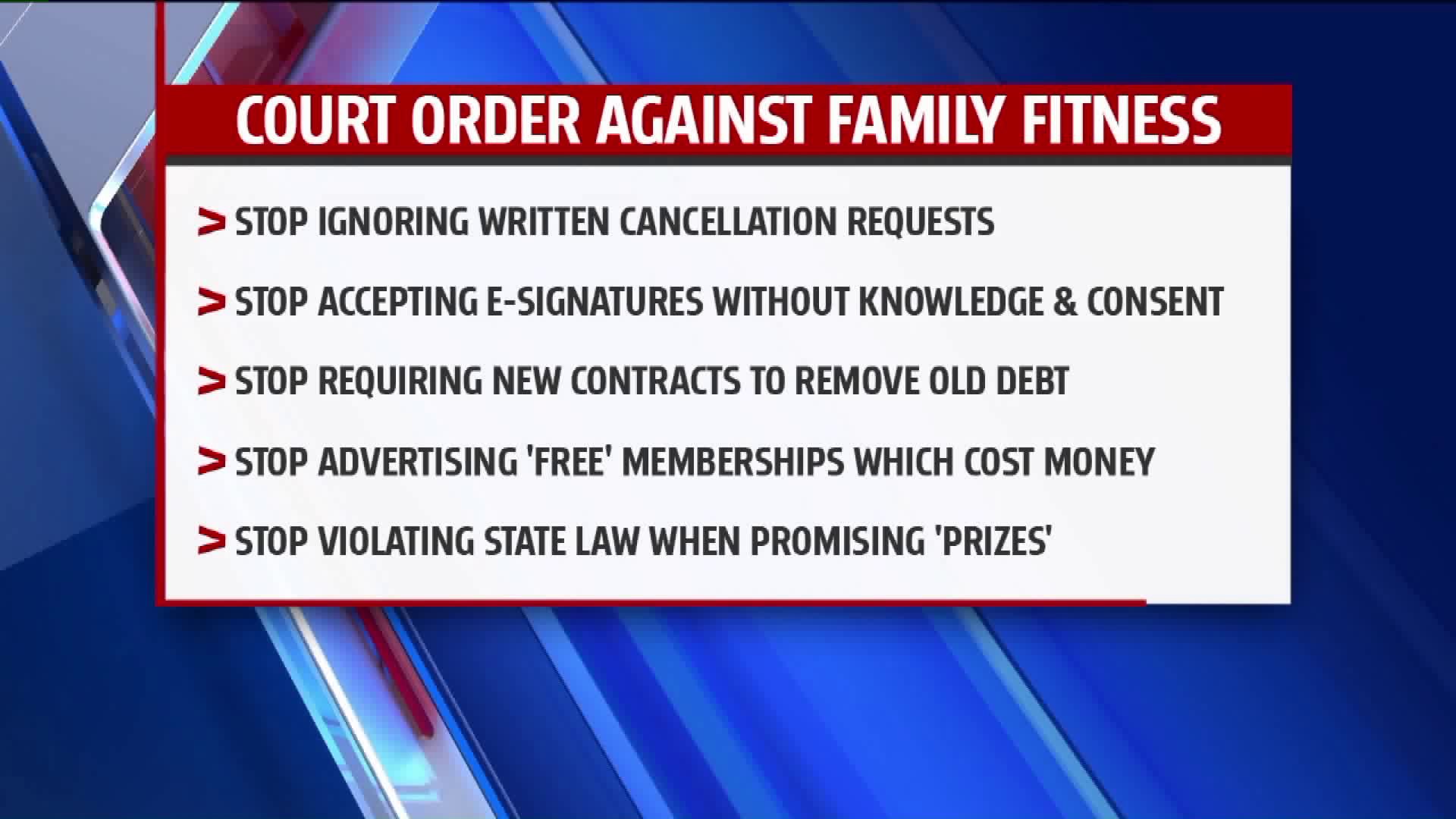 It’s the result of a FOX 17 Problem Solvers investigation which prompted the state Attorney General to take action against the business this fall. It's a partial win for the AG's office as other parts of the lawsuit are still on the table.

Family Fitness is accused of deceptive practices and sticking former members with bogus debts. Thursday, a judge ordered the business to stop its "most abusive actions".

- Ignoring or preventing written membership cancellation requests
- Accepting electronic signatures without the customers express knowledge or consent
- Telling people they need to sign up for a new membership or personal training agreement in order to remove past debts
- Telling potential customers that memberships or personal training is 'free' when, in fact, they will be charged
- Using the promise of 'prizes' to generate business. If a promise advertised, the business must fully comply with state law

Megan Hawthorne, the Attorney General's deputy spokesperson said, “This is a very positive step in the right direction, but the Attorney General is still working with Family Fitness and with the court to find a more concrete solution for residents and consumers who lost money."

"We'll be asking Family Fitness to submit certain documents and answer certain questions, and we’ll go from there and work with the court through this process," she concluded.

In court records, the judge said it's too early to discuss potential monetary relief for former customers. He said that and restricting Family Fitness from entering new customer contracts need to be determined later in the case.

Family Fitness has not returned FOX 17's call on the lawsuit.