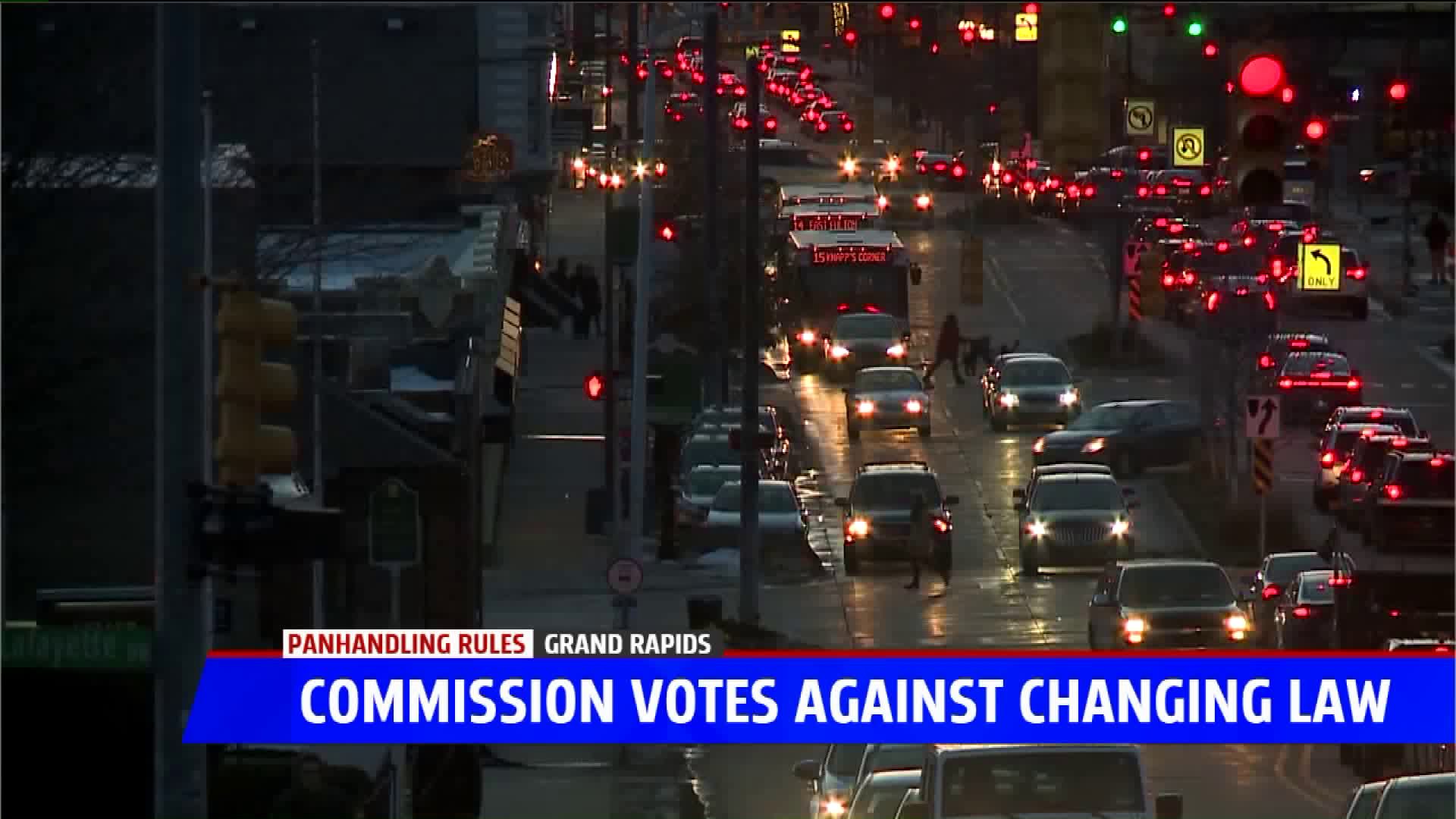 GRAND RAPIDS, Mich. -- Rules for soliciting money from drivers at eight specific intersections in Grand Rapids will not change after a vote by the Grand Rapids City Commission on Tuesday.

A law introduced by First Ward Commissioner Dave Shaffer would have made it illegal to solicit money from drivers between 5-7 p.m. within 30 feet of eight busy intersections in the city.

The commission voted down a similar proposal 3 years ago.

Those who opposed say the proposal would criminalize people living in poverty who have no choice but to ask for money on the streets.

“Me, I come out here every day, wherever it might be and I try to make money, enough to survive and that’s the way it is," a man who asks to be called Daniel tells FOX 17.

Daniel says he was stopped by police twice on Tuesday for "aggressive panhandling," but was not arrested. With a daughter about to graduate college, he says he can't believe that he has beg for money.

“You think I wanna be out here doing this? You think I never did anything in my life?" Daniel says.

During public comment, one resident argued in favor of the proposal, citing traffic safety.

“It clearly is not safe to them or the motorists and my building has been hit three times in the last year due to traffic issues and so, there is a safety concern," the resident says.

However, to many at the meeting, the proposal wasn't about traffic safety: it was about criminalizing poverty.

“We don’t have all of the facts, we don’t even have some of the facts. From any basic analysis of any traffic data provided, there is no evidence at all that this amendment would make us safer," one man argued.

Mayor Rosalynn Bliss voted "no" on the proposal. Bliss encouraged the commission to instead find other ways to put an end to poverty.

The city is testing a $30,000 pilot program called "West Michigan's Hope Through Work Project" that is meant to give people in poverty a day of paid work.

Public Services Director James Hurt says those who run the program find people soliciting for money on the streets in downtown Grand Rapids and offer to pay them $12 per hour to do work that usually involves picking up trash or cleaning alleys.

On Tuesday, Hurt asked the commission to increase the project's funding to $60,000. The commission is yet to rule on that request.

Hurt says so far the project has employed 18 individuals, 16 of whom returned for multiple days of work, and two of whom were employed permanently. Hurt reported that 28 percent of the project's budget was used for wages.