“We’re just happy to be alive:” Couple recalls crash on US-31 in Muskegon County 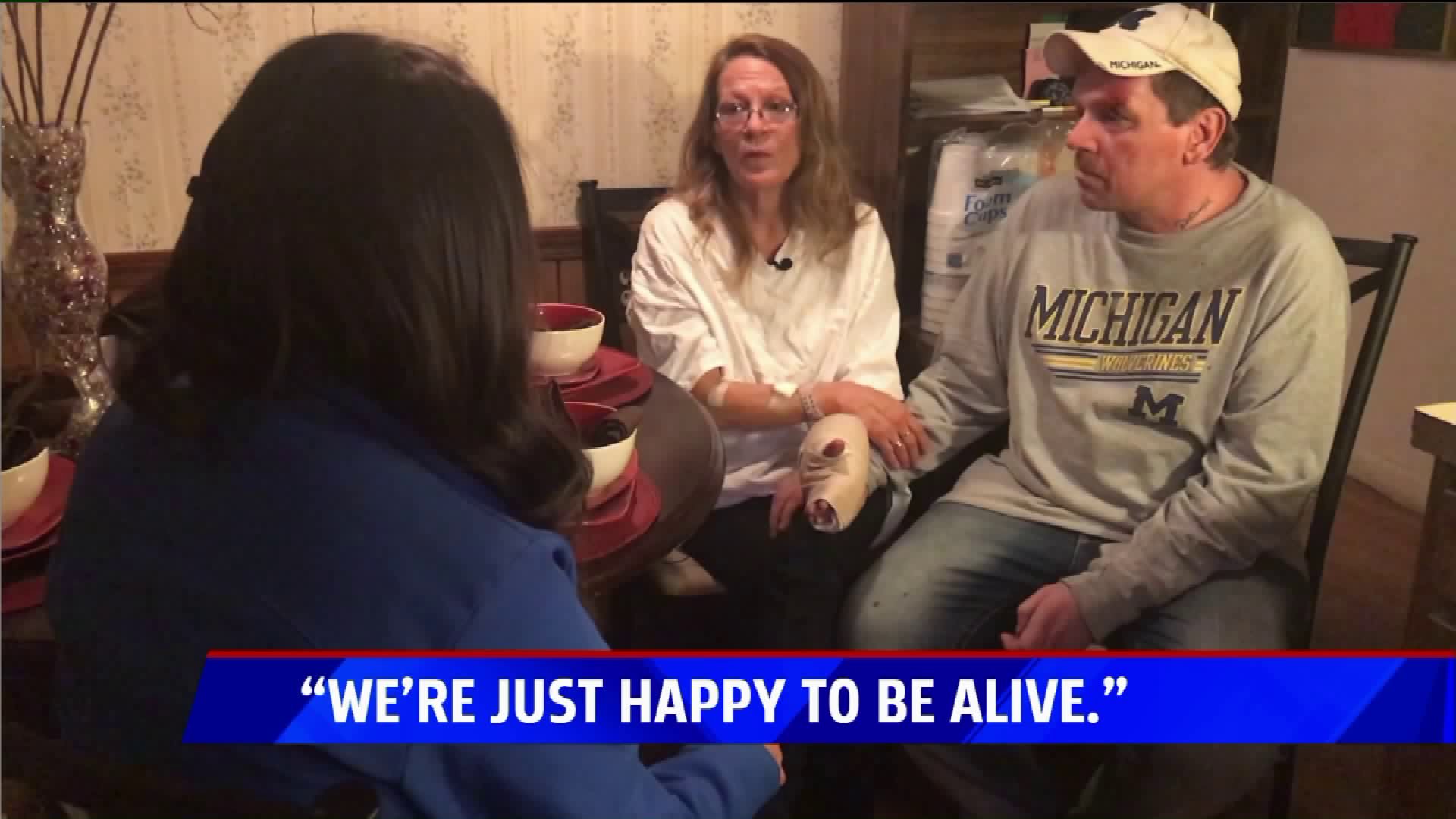 MUSKEGON COUNTY, Mich. --  Deanna and Ken Leverich and their 4-year-old niece sustained injuries following the crash along US 31 in Muskegon County on Friday afternoon.

They  were on their way to Muskegon from Manistee with Christmas presents for their grand-kids when the crash happened.

They are all out of the hospital, but are without their only method of transportation.

The couple tells FOX 17 the whole thing happened so fast. They remember hitting a patch of ice then getting hit by other cars and being pinned in their car.

They are thankful to be alive, but have a long road ahead for a family already facing many challenges.

“We left around 11 o’clock and we were going slow all the way down. There were a lot of whiteouts, you could hardly see,” said Deanna.

Just a few miles from their destination, the pileup came into view.

“As soon as I could see I saw a bunch of cars and I thought,  'Why are they all parked on the highway?' That’s when we tried hitting the breaks and hit some ice and the car hit us, it all happened so fast” said Deanna.

Within seconds their vehicle was spinning around.

“The truck hit me and as I’m slamming on the brakes, it sent me in kind of a spin and that’s when I hit that electric truck,” recalled Deanna.

She was pinned was pinned in the car before her door was cut off by first responders.

“This was my day off so we came down, wish we would’ve waited a little bit longer,” said Deanna.

They used the car to get Deanna to her job at Meijer and to get Ken to his doctor’s appointments as he battles stage 4 cancer.

“Back and forth to my chemo appointments, weekly, I’m going to University of Michigan to do a stem cell transplant in January and right now I’m not sure I’ll be able to do that,” said Ken.

A GoFundMe page to help Deanna and Ken with expenses.