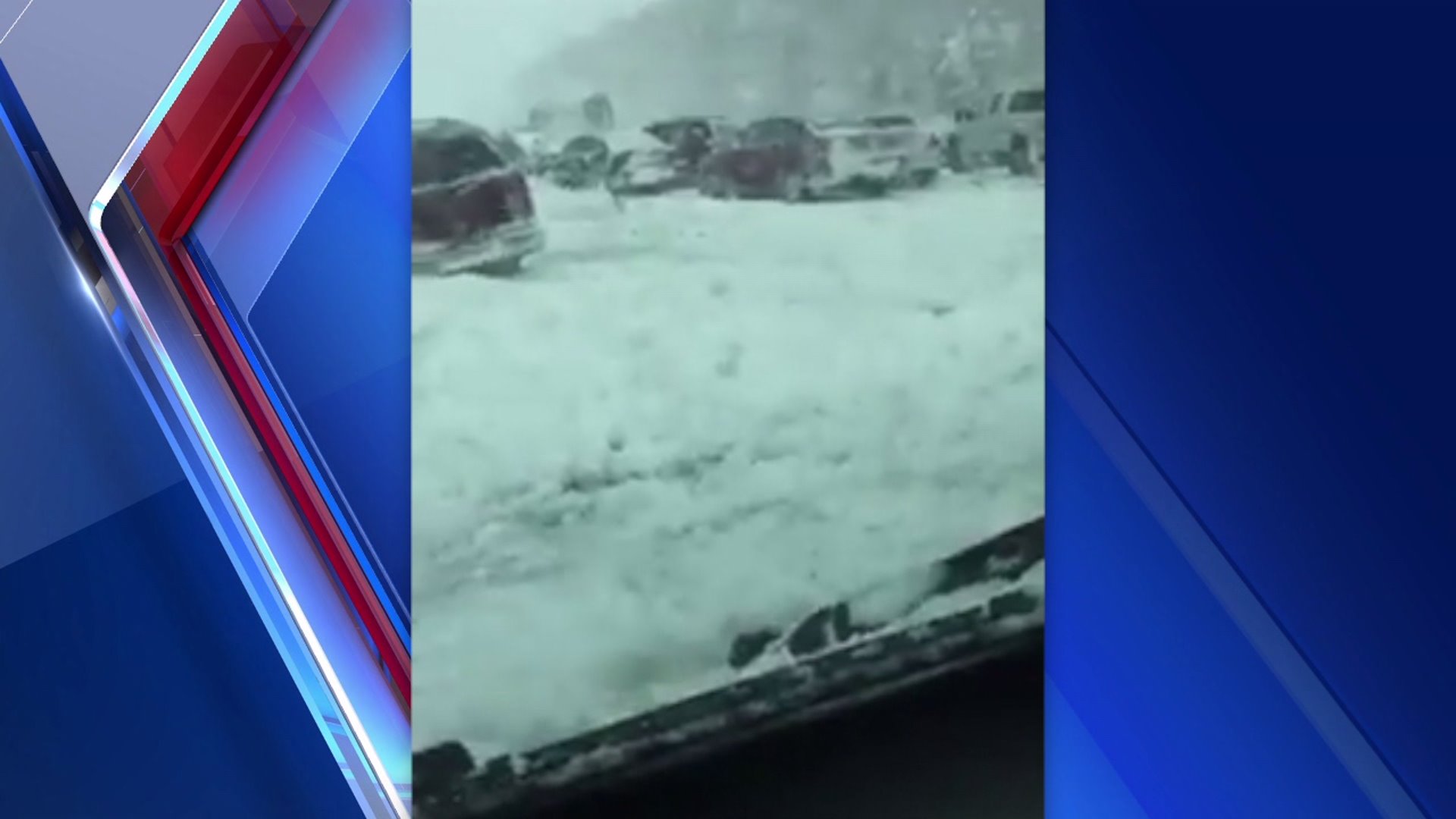 MUSKEGON TOWNSHIP, Mich. — A West Michigan couple's video has gone viral after they captured the aftermath of the massive pile-up on U.S. 31 Friday.

Police say white-out conditions and slick roads caused the pile-up which happened around 1:40 p.m. Friday on southbound U.S. 31 near exit 20.

Jim Perreault was just one of the many drivers who were on U.S. 31 when the accident happened and captured a firsthand account of the nearly 40 cars crashing into each other.

Luckily, he was not injured in the crash. We're told only three people suffered minor injuries.

One woman we talked to says she is familiar with Michigan winters, but did not see this coming.

“I was just getting ready to snow-blow my driveway, and my kids actually came in the house and said, ‘Mom, there’s been an accident," says Kim Vossekul, who lives nearby.

Police say it took about 15 officers to handle the crash and clear the roadway. Police are hoping the crash sends a message to all drivers to "slow down".

"The only thing we can say to people is you’ve got to take it slow," says Muskegon Township Police Chief David Wypa.

“If that means driving 25 miles an hour, then drive 25 miles per hour," Wypa says.