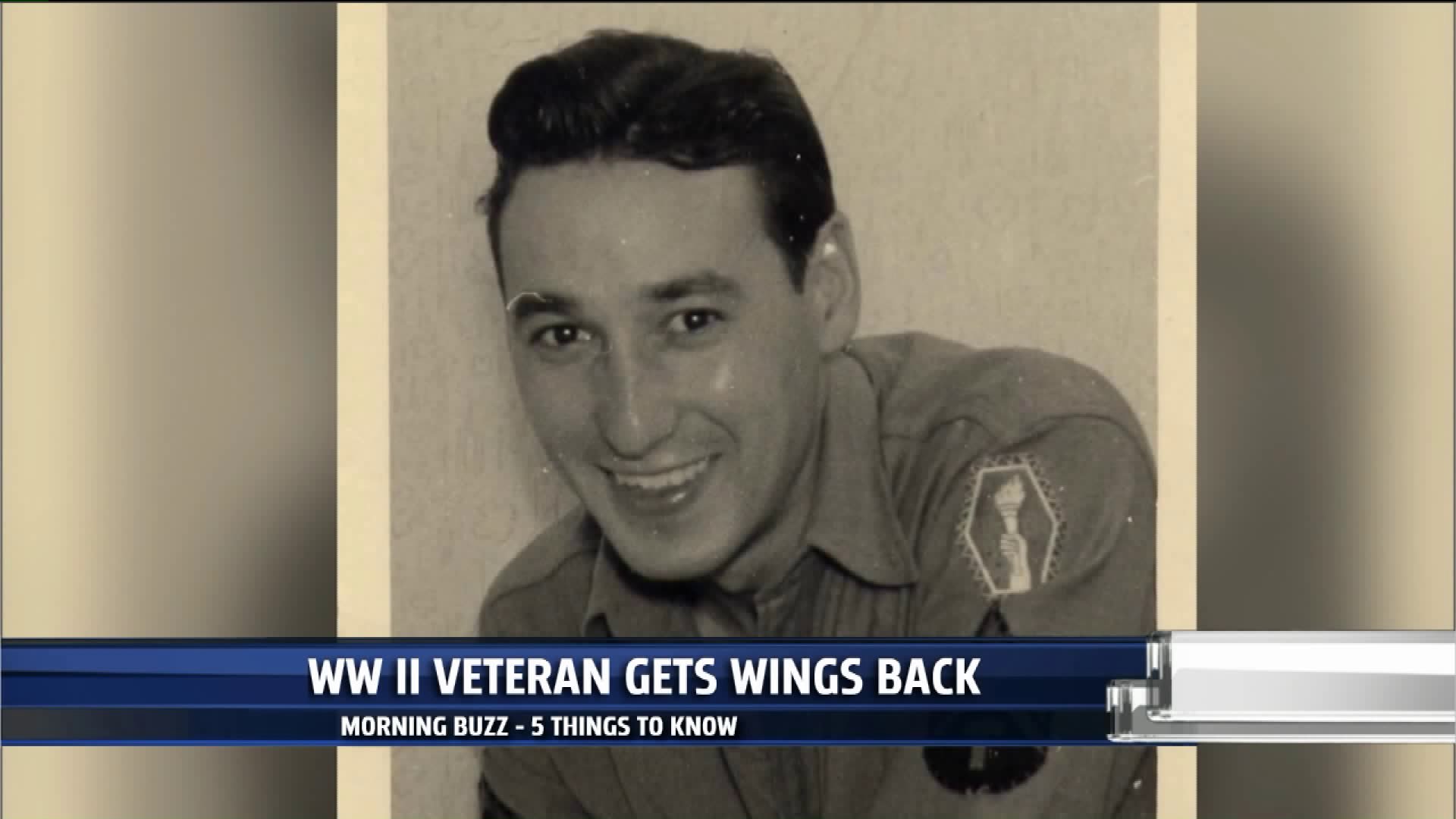 1.  Fox 17 Morning Mix had the privilege of featuring the story of World War II veteran, Virgil Westdale. In honor of his 100th birthday, he got his wings back.

In case you didn't hear the story, Westdale, a former Army Air Corps Pilot and flight instructor, was stripped of his wings after U.S. officials learned his father was Japanese.

Virgil was reassigned to the all-Japanese 442nd Regimental Combat Team, which went on to liberate prisoners from a concentration camp in Germany in April of 1945.

The loss of his wings hurt Virgil, but he was still proud to serve. He went on to work as a scientist with 25 patents, and after retiring was an airport security guard and transportation security administration agent for 14 years.

At the celebration at the Gerald R. Ford Presidential Museum in Grand Rapids, Westdale stood proudly as his wings were pinned back on.

Westdale celebrated with one of his favorite things to do, sharing a dance with his granddaughter.

Several builders with the West Michigan Lego Users group created this display, complete with operating trams, the Grand Rapids Community Foundation Building, a section of the Grand River, and a few other hidden gems.

Every year they add more and more to this replica. Visitors can check it out through January 28, and it's included with general admission.

3. Folks interested in living a healthier lifestyle in 2018 had a chance to connect with local experts and businesses in Grand Rapids on Sunday.

The Health and Wellness Expo brought in roughly 20 vendors to give visitors some one-on-one time with therapists and chiropractors, show off arts and crafts, and talk about a number of wellness options in the area.

The event was hosted by Lions and Rabbits, a local gallery and boutique.

4. More than 30 employers will be recruiting for hundreds of full and part-time jobs at the community job fair.

It's this Wednesday from 9 to noon at Kentwood Community Church's Wyoming Campus.

No registration is needed, just make sure to bring copies of your resume and dress to make a good first impression. More details can be found at grjobfair.com.

5. Over one billion dollars was won over the weekend through the huge jackpots for the Powerball and Mega Millions.

Powerball's $559 million jackpot was won by one lucky person in the town of Merrimack, New Hampshire if the winner decides to take the lump cash sum. They'll take home about $352 million.