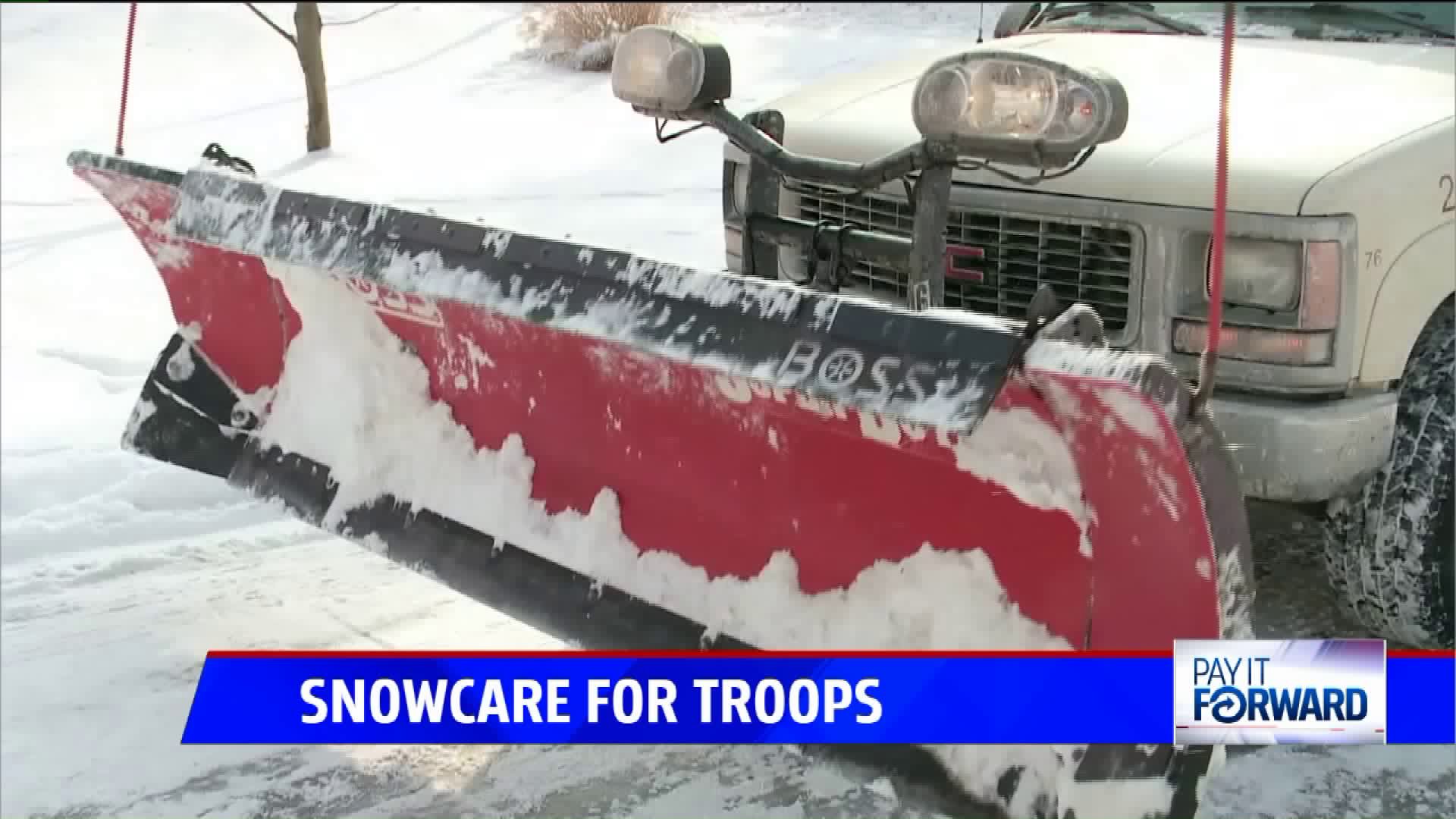 BATTLE CREEK, Mich. — When Tom Barry’s landscaping company was first asked to plow the driveways of a few local veterans and military families, he immediately jumped on board. That was seven years ago and he and his employees have been doing it each winter since.

“We’re just so happy to be able to be apart of it,” said Barry who founded Battle Creek Landscape Service over 30 years ago. “It makes us feel like we’re really contributing back to those folks that sacrifice really everything.”

BCLS volunteers with SnowCare for Troops, a national nonprofit charity that pairs local plowing companies with disabled veterans and military families whose relative is away on active duty.

“They sign up for it [and] we put em on a schedule,” said Barry during an interview at his  business. “Then we just come automatically every time there’s a set threshold of snow. So they don’t have to make any phone calls after that, we just come all season for them.”

Nationally, the program has helped over 1,500 people since its inception eight years ago. Barry said locally they’re only given a handful of families and vets to help each year. He’d like to see that number grow considering they plan on doing this for years to come.

“I think we’d have a lot more turnout if people just knew that it was available,” said Barry. “We’d love to do it for them.”