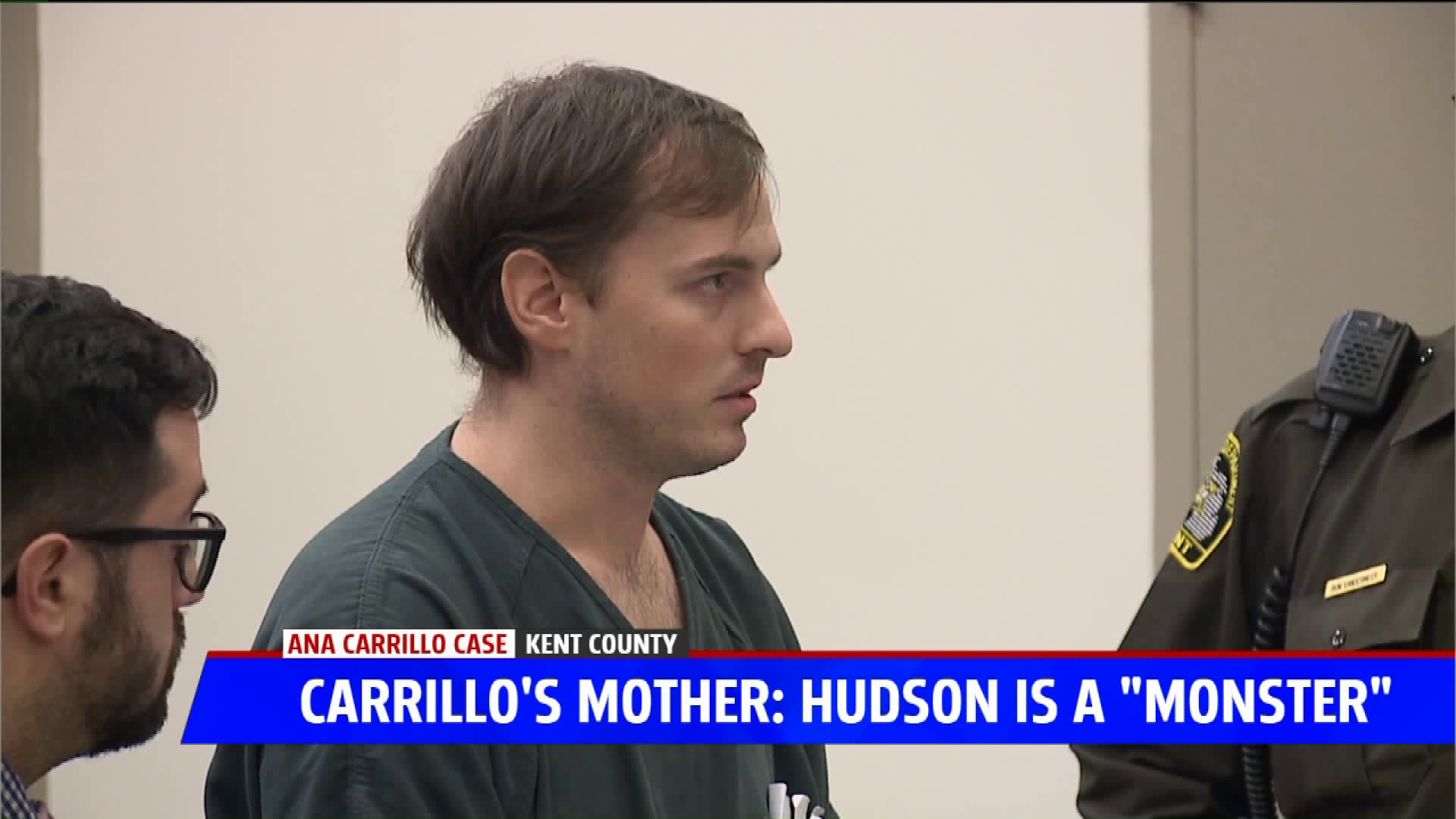 WYOMING, Mich. - The former boyfriend of Ana Carrillo, and the mother of his three young children, will spend at least 40 years in prison for her murder.

Less than two months after family laid Carrillo to rest, Andrew Hudson, 39, was sentenced 40 to 100 years for second degree murder and tampering with evidence in the death of Carrillo last fall.  In exchange for a plea deal, perjury charges were dropped against Hudson, his parents and his father's girlfriend.

Kent County Circuit Court Judge Mark Trusock called this a "senseless crime," adding that Hudson will be eligible for parole at 79-years-old.

Carrillo's mother, Bertha 'Birdie' Carrillo, asked Hudson during her victim's statements, "I want to know why he took my daughter, my baby, my first born? He took a mother away from her kids.”

After sentencing Birdie said, "If you love somebody, you don’t kill them. You don’t take that person away from their family, especially if she has kids, and she has little kids. Who does that? That’s not a human being to me, that’s a monster."

"Andy you are a monster," said Gomez. "The fact that just hours after taking my sister’s life, you went to my mother’s house and sat in her face and showed no remorse for what you did just previous to that," recalling Hudson visiting the homes of Birdie and other family members the day he murdered Carrillo, while family was unaware.

Hudson looked blank-faced listening to Carrillo's family, then briefly said, "There’s nothing I can say or do to bring Ana back. Alls I can say is I’m deeply sorry."

Carrillo, a mother of three from Wyoming, was last seen Sept. 3 leaving to pick up her children from Hudson's home in Wyoming. After extensive searches, Hudson finally led investigators to Carrillo's remains last November, buried on his mother's property in Grand Rapids Township.

"This is the mother of your children someone that you professed to love at least at one point in time," Judge Trusock said to Hudson.

"This was a senseless killing. You have caused tremendous pain to this woman’s family, her three children are without a mother, and they’re going to be without a father. You’ve caused pain to your family and friends, and what for? There’s no excuse and there is no justification for this whatsoever."