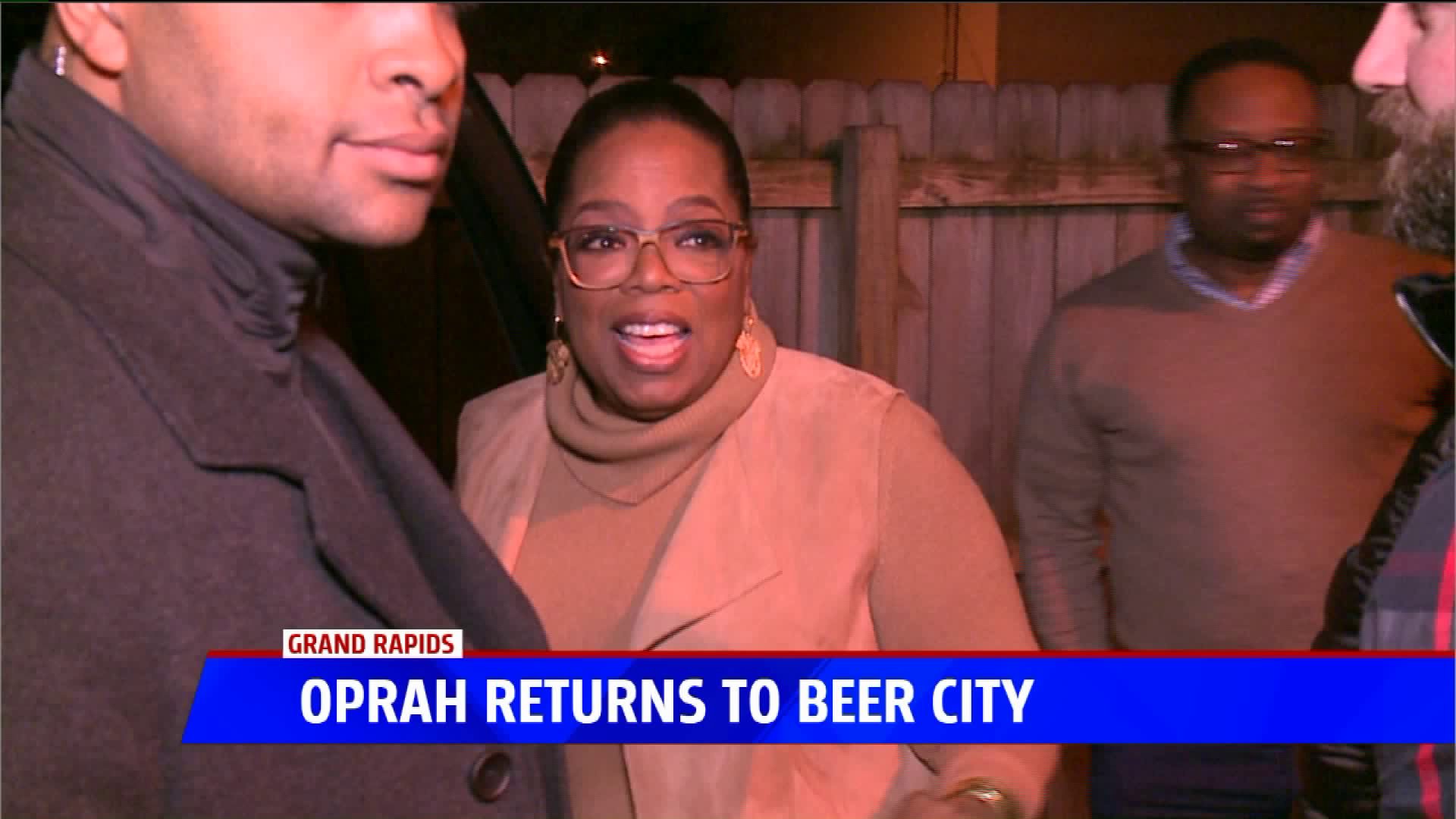 Oprah's visit comes days after her widely publicized speech in support of the #MeToo and "Time's Up" movements at the Golden Globes. It also happened on a day when thousands of people were marching for women's rights across the nation.

FOX 17's Rebecca Russell asked her exclusively about her thoughts on the Women's Rights marches.

“I have not seen one thing because I’ve been with these people all day," she said.

As for her the reason why she's back in Grand Rapids:

“I came back to Grand Rapids because the group that we interviewed on 60 Minutes here actually surprised us all and remained in connection with one another and continued to have conversations even though they still disagree, but they have agreed to disagree and not be disagreeable, so that’s what I’m back here for,” Winfrey said.

Oprah's entourage rented the second floor of Mitten Brewing for the private meeting.

“I thought the beer and the pizza was fantastic," said Winfrey. "And I had something called a cream beer? A stretch something? And I didn’t eat all day so I’d stay on my Weight Watchers points.”

Locals were certainly surprised to see her dining out downtown.

Another fan spoke of her importance on a day when so many women and families are marching across the nation.

“She has power and money and fame and she chooses to use it for good," said Jenny Hall.

There's no word how long Oprah was in town for or if she'll be back.