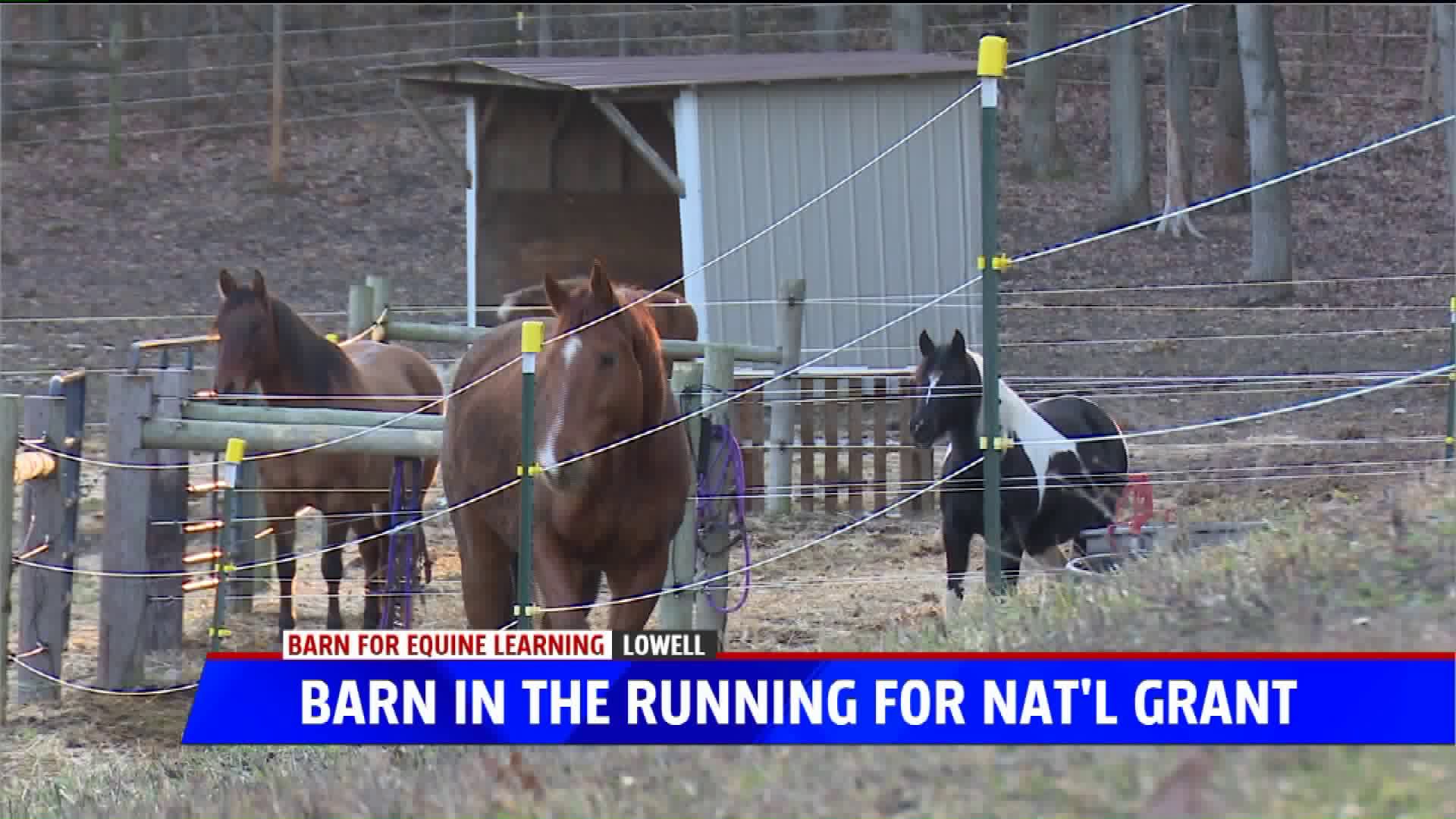 LOWELL, Mich. -- Almost 10 months after a fire destroyed a Lowell horse barn and killed 13 horses, the Barn for Equine Learning is slowly getting back on their feet.

It’s been a tough year for Kat Welton and those involved at the barn, having to rebuild from ground zero. Their hard work is being recognized by a major company by putting them in the running for some grant money.

Now, they need your help to win.

“It’s amazing to see the progress that we’ve made in such a short time span and some of the projects that were never really completed even in the original barn are now getting completed,” said Kat Welton.

Since the fire, they rebuilt the barn and welcomed 14 horses. Seven of them are miniature horses.

“We have just been inundated with emails and calls and new programming people and new programs, volunteers, so we’ve been running programming, trying to build the barn in between cracks in our schedule and really, really excited for getting the barn completed and an awesome summer,” said Welton.

All of their hard work is getting national recognition. Kat and the Barn for Equine Learning in the running for the Alba Botanica Do Good Do Beautiful Grant.

“We reached the top five which is awesome we’re very excited about that. So the top two are voted on from the community at large, anyone can vote and the top two that receive the most votes will be able to get a grant for $15,000.”

Kat said they’ll use the money for a volunteer coordinator to help facilitate all of the programs and volunteers that help out at the barn.

“It’s a pretty big deal, but we definitely need the community’s support to vote for the barn and then hopefully get in the top two.”

The grant will go to a woman who runs a non-profit organization.

The Barn for Equine Learning made the top five out of 250 entries.

“It’s neat. For my hard work, being a strong woman that’s running a nonprofit, but the degree that it emphasizes youth. Not only do we serve at risk youth, but our barn is also run by a youth committee which I’m very proud of.”

And now the barn needs your help to make the top two.

“As the barn develops and our programs develop we’re getting stronger. Things like this grant, like the Alba Botanica grant just solidify that we’re really making a difference and that people are coming around us and wanting to support us and that we’re growing.”

Voting ends February 18th and you can vote once a day until then.