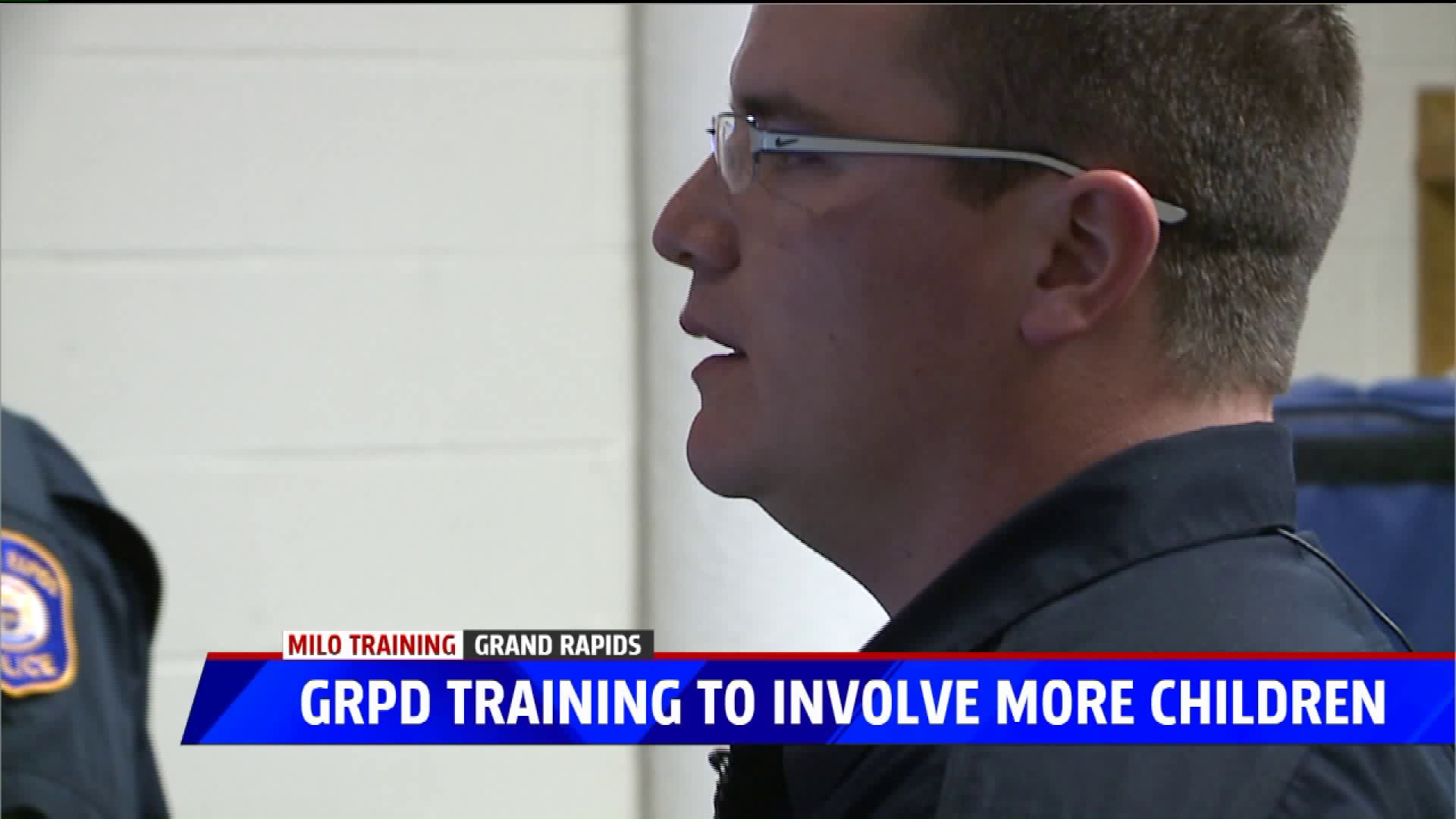 GRAND RAPIDS, Mich. -- The Grand Rapids Police Department requested a $9,995 upgrade to their virtual training system to add more scenarios involving children to hone officers' skills in de-escalation and use of power.

Tuesday, the city's fiscal committee supported the GRPD's request, which is expected to be passed by the city commission during their 7 p.m. meeting.

The training enhancement comes after two high-profile 2017 incidents involving children for which the GRPD was criticized.

The GRPD has used the MILO Range Systems for nearly two years. Using it, officers interact with actors, work on de-escalation tactics and use of power, then change the scenario's outcome based on how they handle the situation. Of at least 100 scenarios officers use, only about three involve children, Sgt. Cathy Williams tells FOX 17.

"We bring them in here and run them through hundreds of scenarios a year," said Sgt. Williams. "We want them to make mistakes; we want to be able to have that time to back it up, let’s redo it, let’s talk about it, and let’s have that positive outcome that we’re looking for."

The $9,995 would be spent from a $1 million budget the city established per year for five years from its 12-point-plan to improve community-police relations. Specifically, the GRPD will use the money to write 10 scenarios involving children, each with four alternate outcomes, and then MILO will create the scenarios to improve the department's training with children.

"By creating these 10 new scenarios, we’re giving that exposure to our officers of handling children scenarios, involving children, that just gives them more tools when they hit the streets and they actually have 911 calls where there’s children on scene."

Chief Rahinksy announced department-wide changes after the GRPD was under scrutiny for two high-profile incidents last year including last March when officers held five unarmed African American boys at gunpoint, saying they matched suspect descriptions. Then last December, police handcuffed and detained 11-year-old Honestie Hodges, near her mother and aunt, as police looked for another suspect.

In response, the GRPD is working on revising policies affecting children and named it the "Honestie Policy." Chief Rahinksy also asked for approximately four additional lieutenants to support each police shift and now requires more interaction between road patrol officers and children in the community in addition to training.

“We are taking a deeper dive into our training practices and [asking], are we giving our officers the best possible training?" said Sgt. Williams. "This is just one more element to elevate our training that we offer our officers.”