Doctor detained by immigration to be released on bond 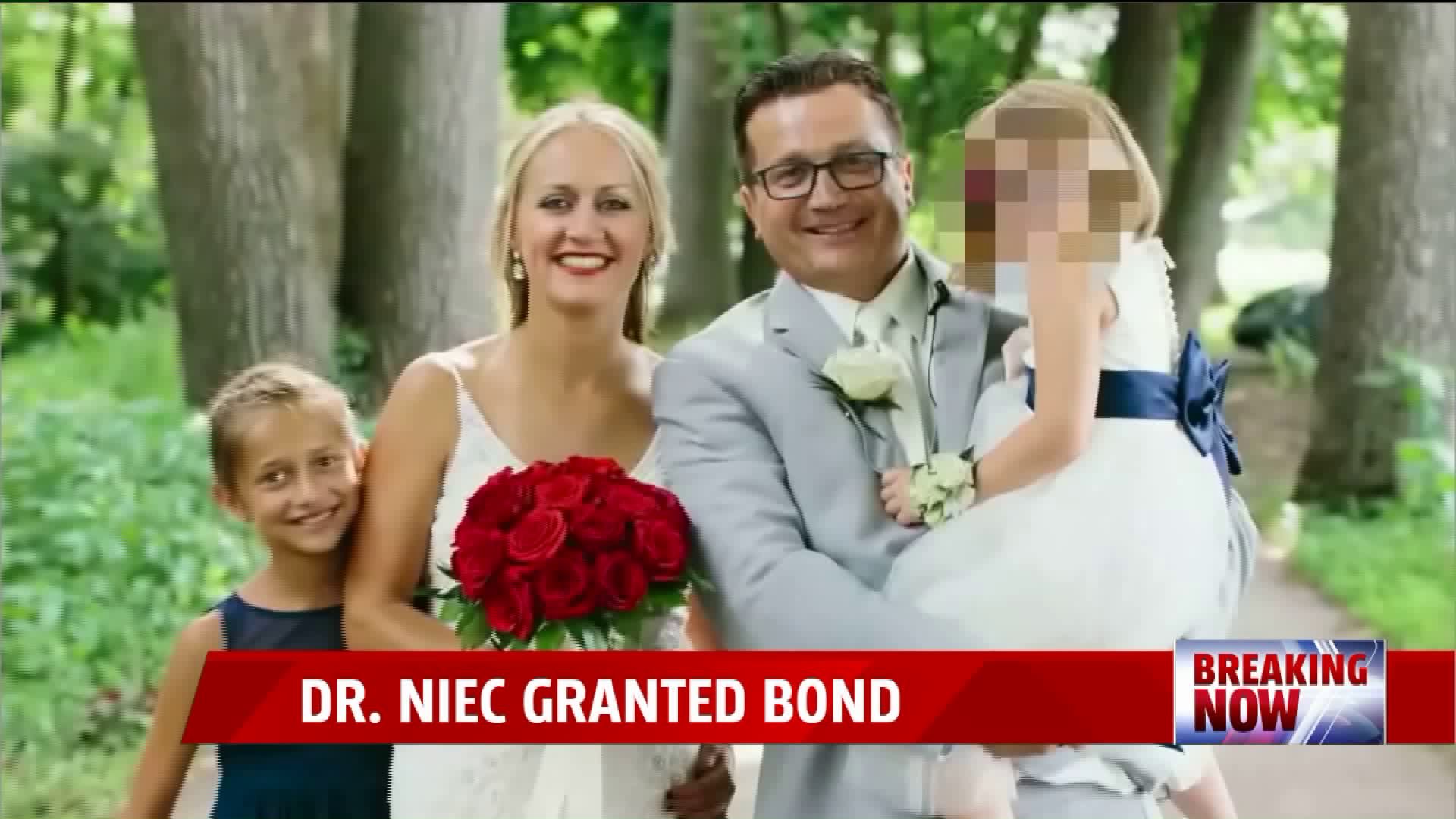 DETROIT, Mich. - The Kalamazoo doctor detained by immigration officials will be released on bond.

Dr. Lukasz Niec has been held in the Calhoun County Jail since January 16.  An immigration judge had a hearing for bond via video in Detroit Wednesday.  He is being released on a $10,000 bond.

The family released a statement of gratitude for the judge's decision in granting the bond.  They also thanked Dr. Niec's employers, Bronson Hospital, Bronson attorneys, and U.S. Rep. Fred Upton.

Cameras weren't allowed in the courtroom, but Dr. Niec testified most of the afternoon.  He cried while being questioned regarding his daughter and his family. He says that he has been treated for depression and anxiety stemming from allegations from a former fiance'.  He alleges that the ex-fiance's brother has been embezzling from him.

In 2013, Niec was arrested and charged with domestic violence, but was acquitted by a jury after 15 minutes of deliberation.

Niec was arrested and charged on two misdemeanors while a teen.  One of the two charges was expunged, but can still be seen in immigration record.

Niec came to the United States legally as a child with his parents in 1987.  Family says he has been a Legal Permanent Resident since 1989.   However, immigration can use the misdemeanor convictions against him for deportation.

ICE reported that Niec had 18 run-ins with the law in recent years, mostly driving and civil infractions.