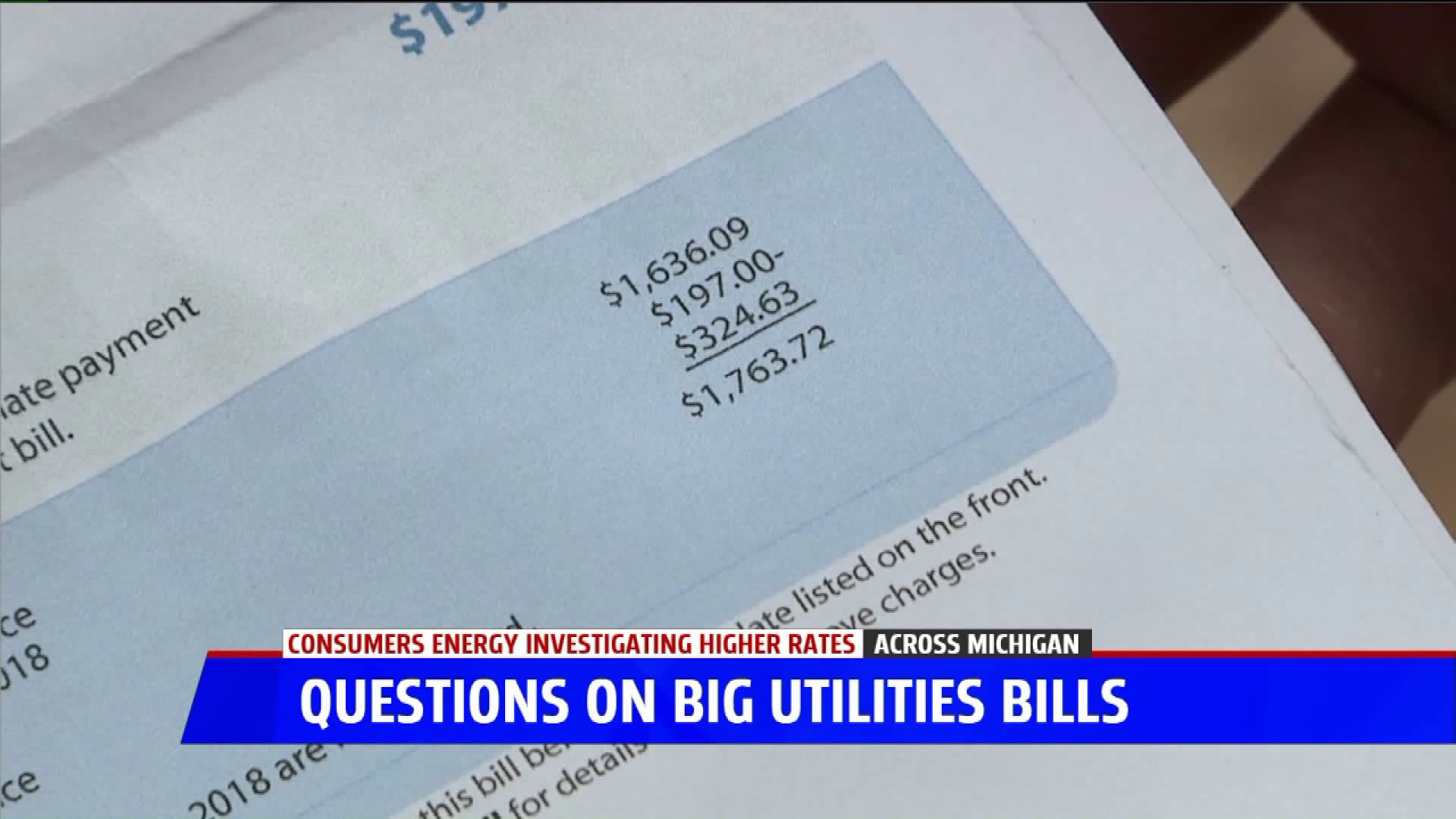 GRAND RAPIDS, Mich. -- Expensive energy bills are leading to outrage for many Consumers Energy customers. The company says it's because of the bitter cold temperatures.

Roger Morgenstern at Consumers Energy says it doesn't matter if it's gas or electric, the dropping temperatures could be to blame.

The problem seems to be stretching all over the state. For some, their bills just don't make sense.

Sharlene Mosher moved into her Cedar Springs home almost a year ago, saying her Consumers Energy bill has nearly doubled since May of last year.

"The first bill was relatively cheap when we moved in but it kept going up," Mosher said. "Now our balance is $1,700."

Mosher is on the Consumers Energy Shutoff Protection Program and believes her bills are extremely high, especially since her family uses an outdoor wood burner to heat the home.

"In May, they tried blaming it on summer rates but now it doesn't make sense," Mosher said.

Dozens of customers are also voicing their concerns on social media.

Morgenstern says he's seen read frustrated reports on Facebook and is currently looking into a number of specific circumstances brought to his attention by FOX 17. Meanwhile, he says it's common to see bills go up during winter months with frigid temperatures.

"Our average cost for our gas customers is about 27 percent higher in terms of use," Morgenstern said. "Now the price of gas is lower but we’re using more of it because our furnaces are running more because it’s cold, and it’s also the same for our electric customers."

However, Morgenstern says if your bill seems too high, there is help.

"At the end of 2017 Consumers Energy provided $10 million to certain non-profits to provide assistance for customers. So there is money out there, you just have to ask." said Morgenstern.

People with questions about their bill can call 211, a free clearing-house for heating assistance. You can always call Consumers Energy at 800-477-5050 . ​