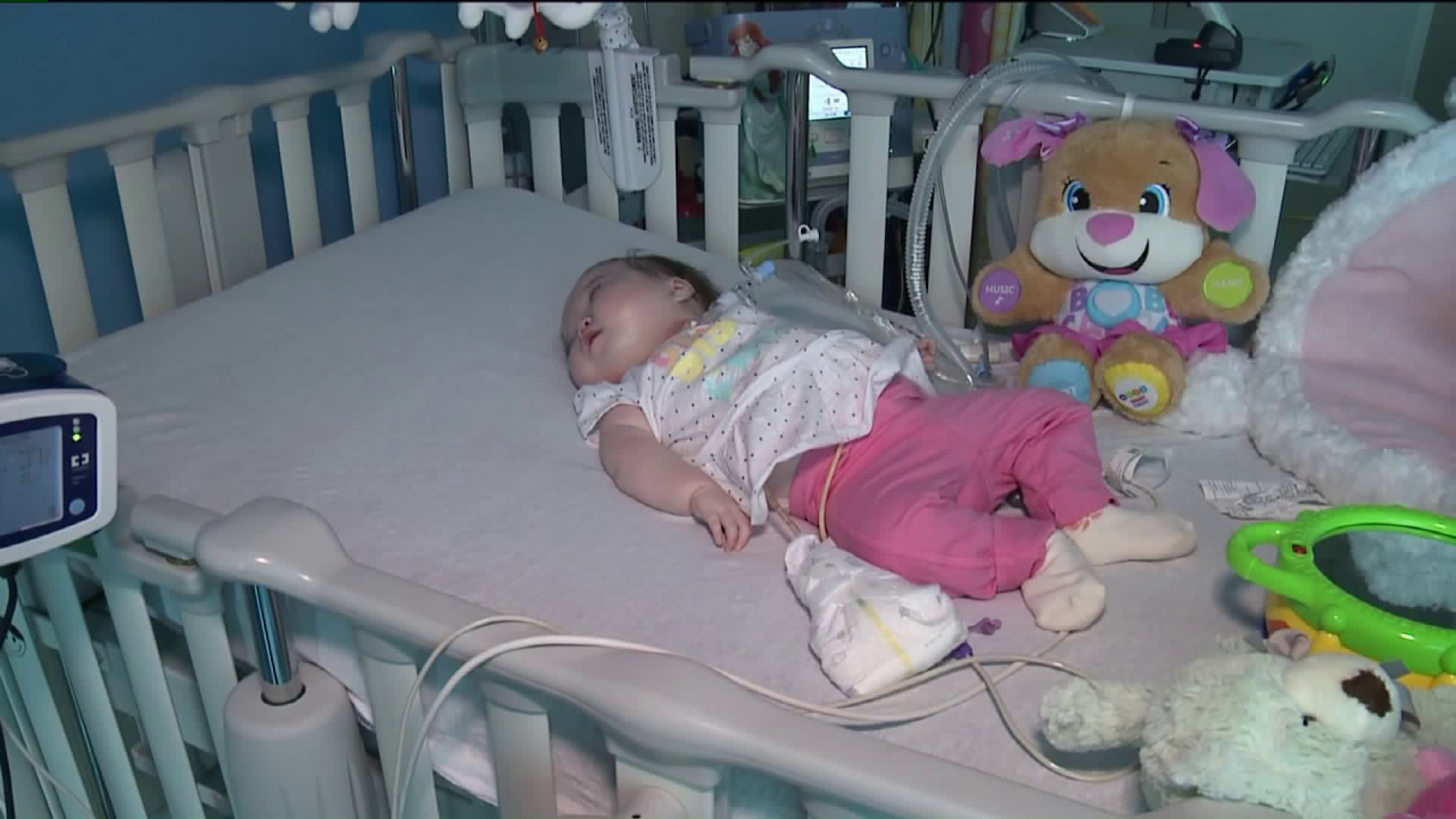 Her mother, Annie Boss, calls her a "miracle baby."

Genesis was born with micrognathia, a condition where a child's jaw is undersized. It can make it difficult for infants to eat and breathe on their own.

The condition actually lead to a blocked airway for Genesis, and doctors had to perform a special exit procedure at her birth to make sure she wasn't without oxygen while they set up a breathing tube. This exit procedure was actually the first of its kind done at Helen DeVos.

"It's like a C-section, except I'm asleep," said Annie Boss, Genesis' mother. "And they deliver her head so that way she's still attached to the umbilical chord so she's breathing through me. And while her head's out, they intubate her. And then they deliver her."

After she was born, there were more procedures -- including a surgery to fix a hole in her heart.

"She's had so many procedures done," said Dr. Elizabeth Rosner, who works at the Pediatric ICU at Helen DeVos Children's Hospital. "When she was first born, she needed breathing assistance right away. She needed some procedures with her mouth because she has a very small jaw which made it difficult for her to breathe. So she had several different procedures with her airway at that point. And then she's had procedures with her heart two separate times until she's at this point now where her heart lesion is corrected."

Genesis is still on assisted breathing and eating, but is doing well enough to finally head home. "She's literally in kind of cruise control and ready to go home," said Dr. Rosner. "We're waiting on some home nursing care -- that's the only thing that's holding us up. Otherwise, she'd be home and Mom would be doing the care for her with the nursing assistants."