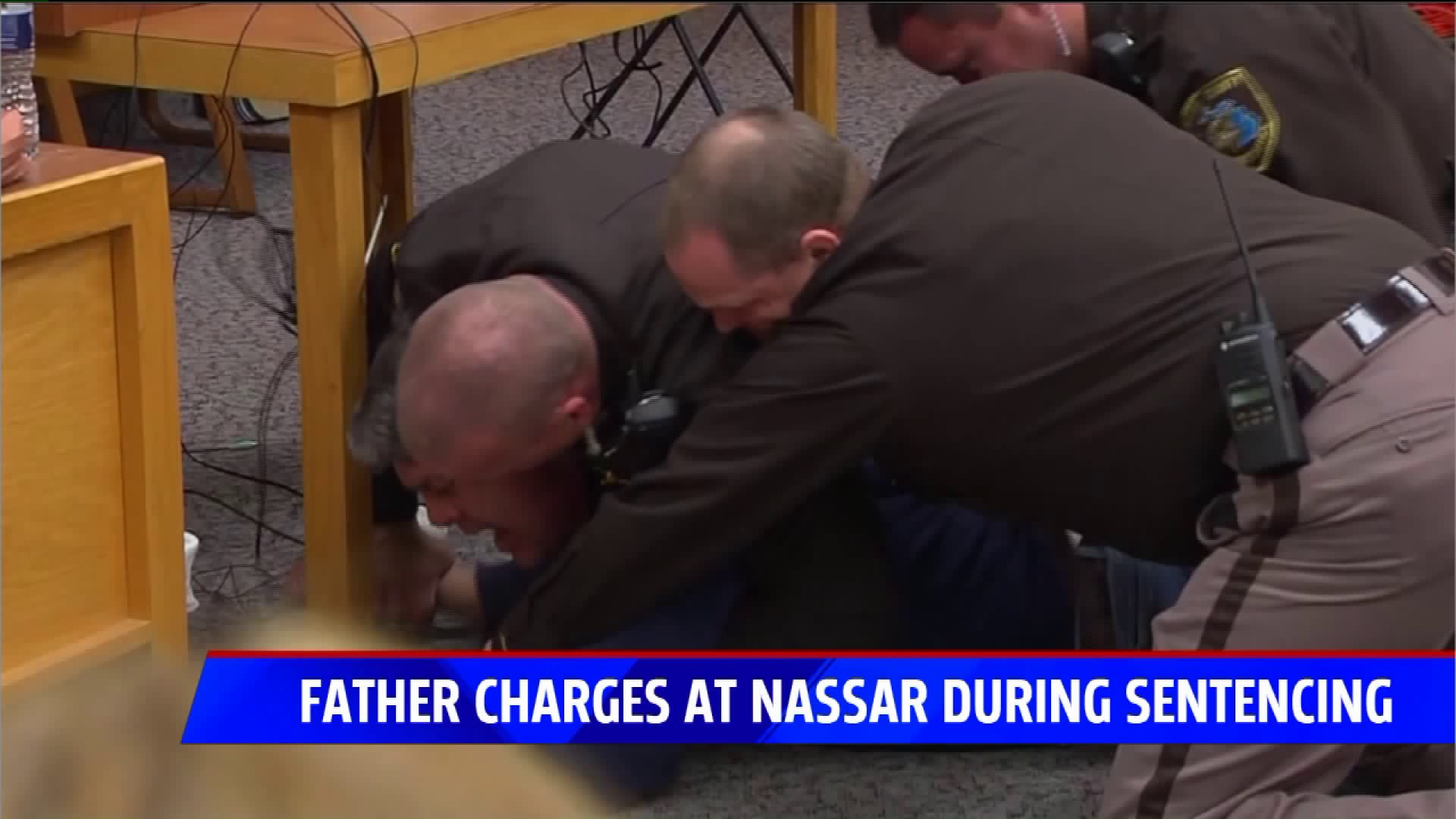 Randall Margraves apologized for the incident after being brought into court during a break in the Nassar proceedings.

Judge Janice Cunningham says a punishment isn't appropriate based on the crimes committed by Nassar and the anguish felt by families.

"I don't know what it would be like to stand there as a father and know that three of your girls were injured physically and emotionally by somebody sitting in a courtroom. I can't imagine that," the judge said.

Nonetheless, she added, it's "not acceptable that we combat assault with assault."

"I cannot tolerate or condone vigilantism or any other type of action that basically comes down to an eye for an eye, a tooth for a tooth," Cunningham said.

Margraves rushed and tried to attack Nassar Friday after the judge declined his request for "five minutes" alone with the "demon" in a locked room. He was blocked by an attorney and tackled by sheriff's deputies.

The hearing in Eaton County focuses on Nassar’s work with Twistars, an elite Michigan gymnastics club. More than 30 victims have given statements so far during the hearing, which began Wednesday and is expected to stretch into next week.

During a similar hearing in Ingham County that ended last week, more than 150 girls and women came forward to say Nassar abused them under the guise of medical treatment while he worked with Michigan State University and USA Gymnastics. He was sentenced to up to 175 years in prison in that case. He had already been sentenced to 60 years in prison on child pornography charges.

RELATED: Father who lunged at Larry Nassar in court: I want to make it clear I’m no hero