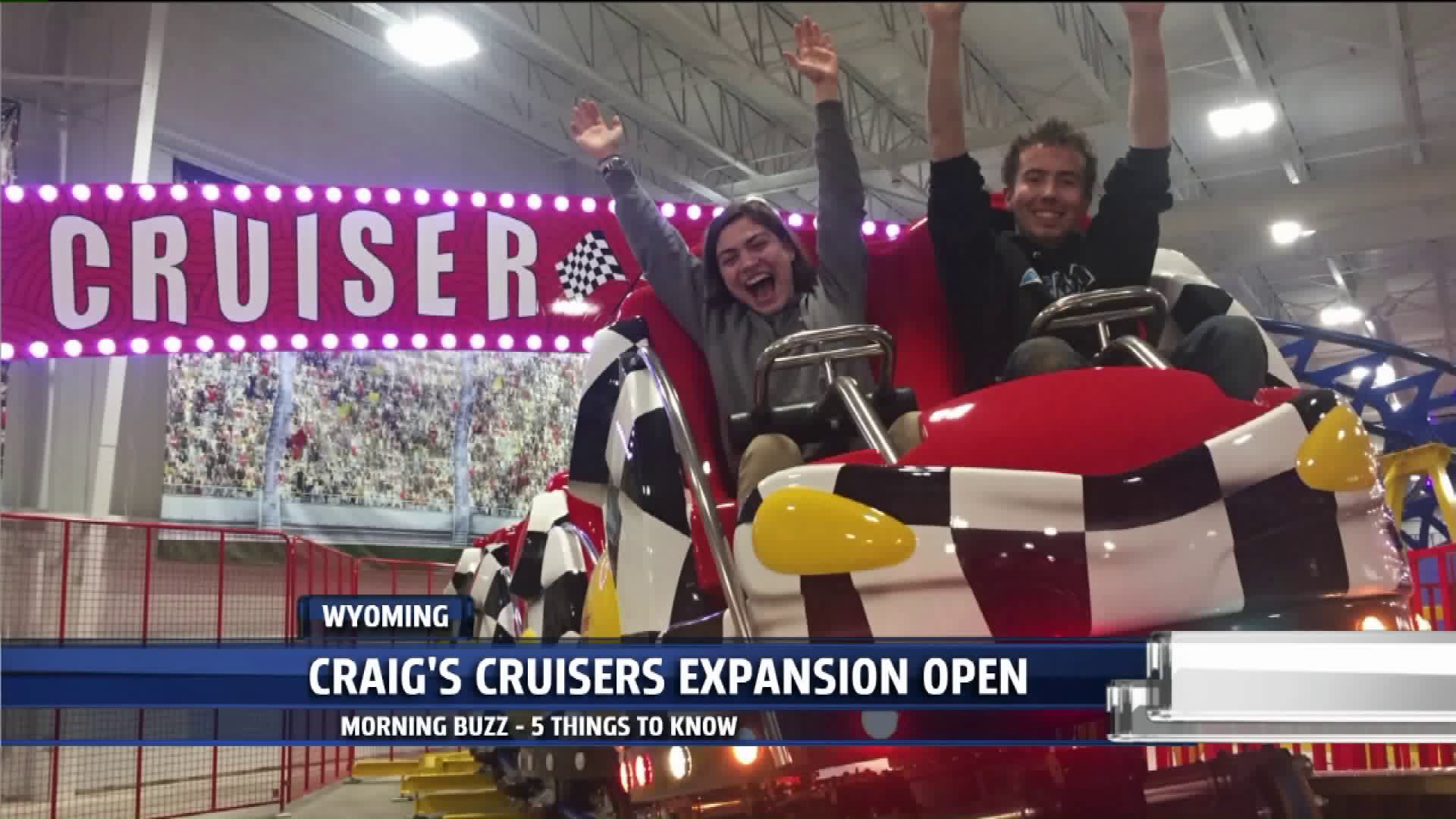 1. The Kenowa Hills School district is the first in the West Michigan area to give kids 3D printers and droids to play with in schools through STEM education.

The new program comes with a lot of new technology like 3D printers, in addition to kits that teach kids how to make those droids.

The district says this was all made possible thanks to a recently passed Kent County enhancement millage.

2. One of the oldest boy scout troops in the country is right here in West Michigan, they're turning 100-years-old!

Troop 215 has been chartered by Trinity Church in Grand Rapids since 1918, and includes two pretty famous alumni: Former President Gerald R. Ford, and Roger B. Chaffee, a NASA astronaut and naval officer.

Trinity church hosted several events on Sunday to celebrate, including a pancake breakfast and a centennial gathering.

To further commemorate the 100th anniversary, the troop will host an event called "Heroes on the Grand" in May.

3. For parents that are looking for a fun place to take the kids, the expansion is finally finished at the Craig's Cruisers in Wyoming.

They just went through an over $2 million upgrade. Craig's Cruisers now has a trampoline park, a new laser tag arena, and an American Ninja Warrior-style obstacle course. There's also the new cruiser coaster, which is an indoor spinning roller coaster.

The new additions opened to the public this past Friday.

4. Ebay announced it will replace PayPal as its main payment processor beginning in 2020.

Ebay broke the news Wednesday that will replace PayPal with Adyen as its primary payment provider. Adyen is a small start up payment company based in the Netherlands, and is valued at more than $2 billion.

Some of its services include credit card processing and "point of sale" systems for businesses.

Millions around the globe will indulge in the chocolaty hazelnut spread, which has roots dating back to the 1800s.

The spread can be enjoyed with fruits, bread or even on its own, so grab a spoon and dig in!