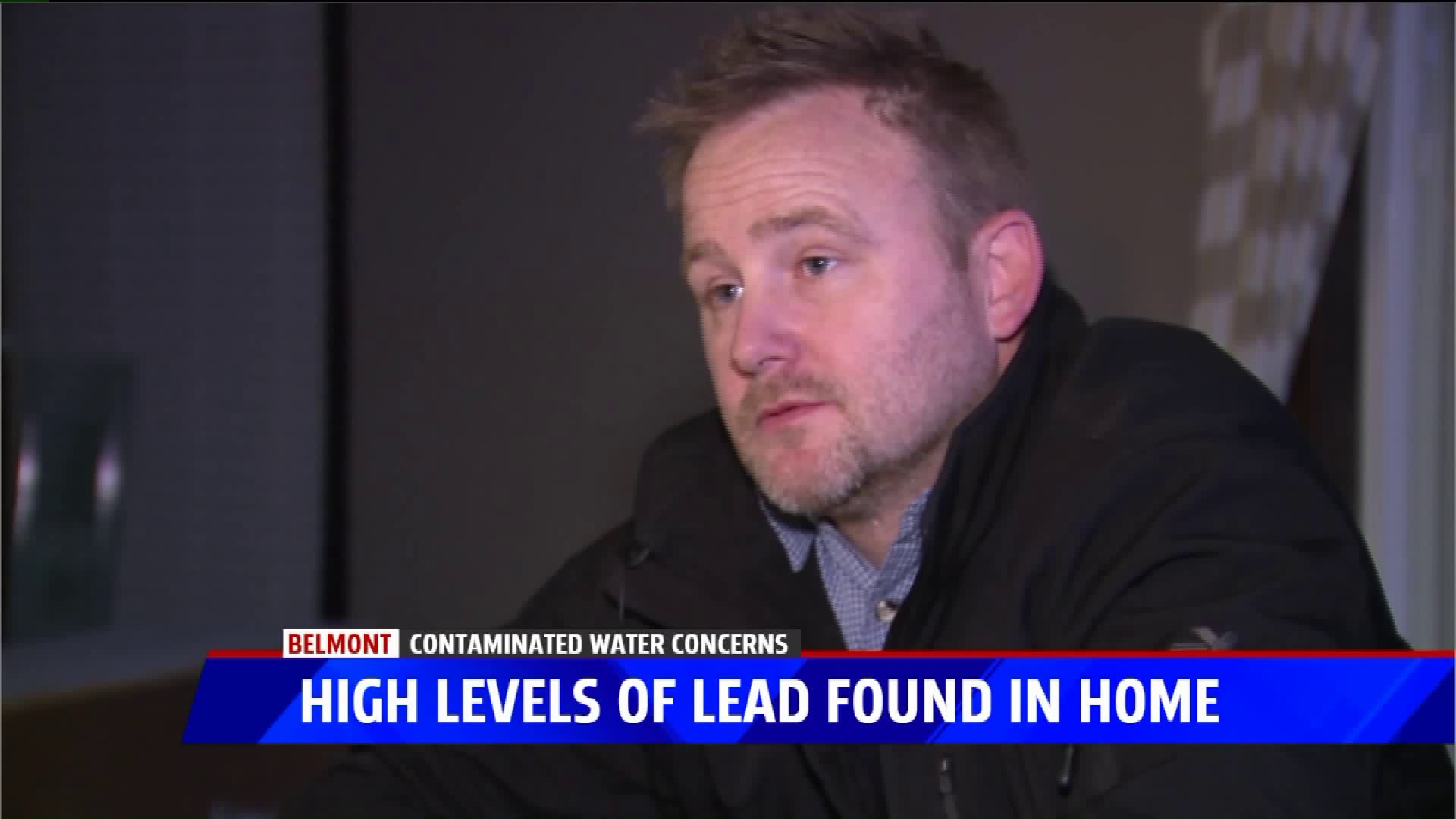 The home is near House Street, an old Wolverine Worldwide dumping site where other chemicals have been found contaminating drinking wells in the area.

Homeowner Luke Carney says he and his wife Jennifer paid for their well water to be tested after researching the history of contaminants in nearby water. The father of two says he's at a loss for what to do next.

“Don’t know. I haven’t processed it yet," Carney tells FOX 17. "So, once you process it, then you will be able to understand what to do, what actions to take. Do I test after the filter? It’s kind of all up in the air at the moment.”

This isn't the first time contaminants have been found in the Carney's well water. Last fall, Carney says their water tested at 147.9 and 320 parts per trillion. The state of Michigan set a limit at 70 parts per trillion. He says Wolverine installed a whole-home filter to address that issue and now PFAS levels at his home are non-detectable.

Wolverine denied any connection to lead detection near the House Street dump site. They tell FOX 17 in part:

Wolverine adds that out of 38 homes they tested, the highest levels of lead they detected in the vicinity of House Street was 1.8 parts per billion.

Steve Kelso with the Kent County Health Department says these results should be taken very seriously.

“The lead is poison," Kelso tells FOX 17. "Lead is a dangerous substance and we would not advise anyone to drink water if the lead content is that high.”

Kelso says the Health Department has offered the family at this residence the assistance of a sanitarian, but the Carneys say that help was never offered.

“Don’t drink that water. Stay away from that water. Go on bottled water. Use filtered water. We can check your water post-filtration to see if the filter you’ve installed or have had installed is doing the job and keeping the lead out of it," Kelso says.

Kelso says those most vulnerable to lead are children. It can caused children to have delays in physical and mental development.  In adults, it can cause kidney problems and high blood pressure.

“It’s depressing. It’s crazy. It’s frustrating. It’s argumentative. I mean, what emotions, how do you explain that?" Carney tells FOX 17. "I mean how, when 100 percent of what you would think is your life savings gets turned upside down immediately, how would you handle that?”

Carney was remodeling his home but he says then they got their water results he stopped. He says he doesn't know of anyone who would buy his home.

“You wanna buy my house today? You can. I’ll sell it to you. I haven’t met one person that would answer that question with a yes." Carney says.

For a man who grew up outside of Flint, these results are all too familiar.

“It’s ironic," Carney says. "You know I’ve got friends over there, family that lives within the city limits and I’ve been following that rather close and now it’s like, huh. Kinda close to home.”

"The levels are high enough to cause irreversible damage to the body's nervous system. While Wolverine has taken initiative for testing affected houses it has focused on just PFOS and PFOA. We are advising that wolverine takes initiative to test for a range of contaminates found at house street dump and not just for PFOS & PFOA in private wells. We are advising residents to reach out to the Kent County Health Department and to Wolverine to request additional testing on the affected wells."

Meanwhile, Wolverine Worldwide announced they will start testing 100 private wells for PFOA and PFOS near 11 Mile Road between Wolven Avenue and Summit Avenue.