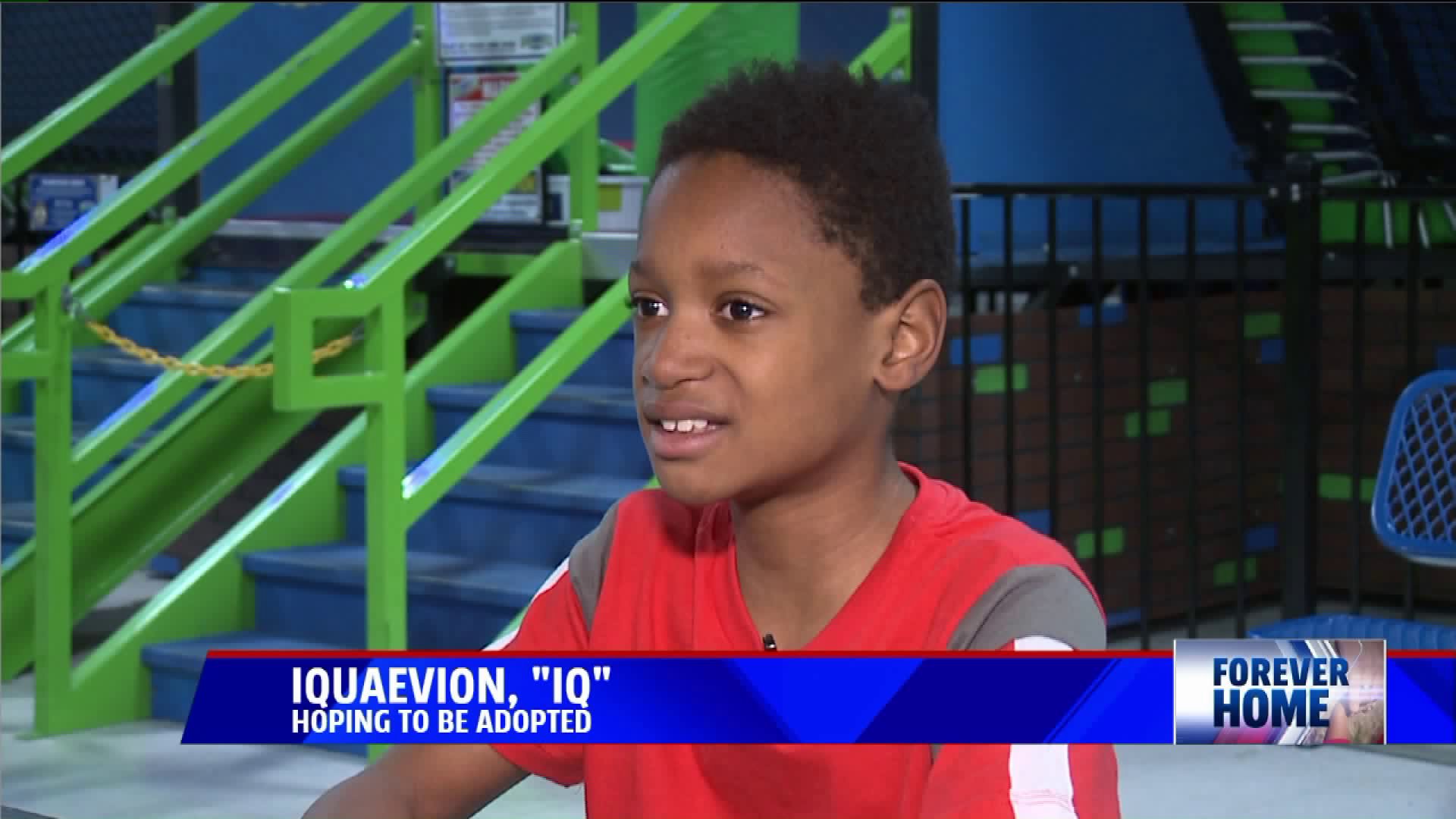 JENISON, Mich. -- Standing patiently with his case worker two stories high, 10-year-old Iquaevion coached her to take a leap of faith and jump safely onto the large air mattress below at Rebounderz Trampoline Arena in Jension Wednesday.

Preferring to be called IQ, this fifth grader has forged strong bonds with his case workers in foster care over the last several years. Now, more than ever, he says he's ready to be adopted and find his loving forever home.

"I'd never done it, I just do it!" IQ explained to FOX 17, after completing the ninja warrior-like course for the first time.

IQ is as talented as he is resilient. If he doesn't know how to do something, he persists until he makes progress.

Turning 11 this month, he says he's looking forward to his birthday.

"I’m going to the store and I’m getting me some new shoes that I want: LeBron's," said IQ, clarifying he doesn't have a favorite basketball player.

This year, IQ says the best part of school is going to his "favorite teacher's class on Fridays, and then going to gym with them."

Outside of school, IQ is a competitive soccer player who loves sports and being outdoors.

He says he loves road trips and traveling as much as he loves animals, especially dogs. He's been able to ride horses and trot, too.

Sharing some of his fondest memories of dogs, IQ says he pictures his forever family and hopes they have a dog, too.

"A family that’s fun and have animals, and dogs, and older siblings," said IQ.

"I would be happy," he said, adding he'd be too excited, "And I won’t be able to sleep through the night."

If he were to finally be adopted, IQ also pinpointed exactly how he'd feel: "Happy, excited and comfortable."

Anyone who would like to learn more about IQ, or the adoption process through Michigan foster care, please call his adoption agency, Orchards Children's Services at: 1-855-694-7301. Currently, there are more than 3,000 children statewide ready to be adopted.