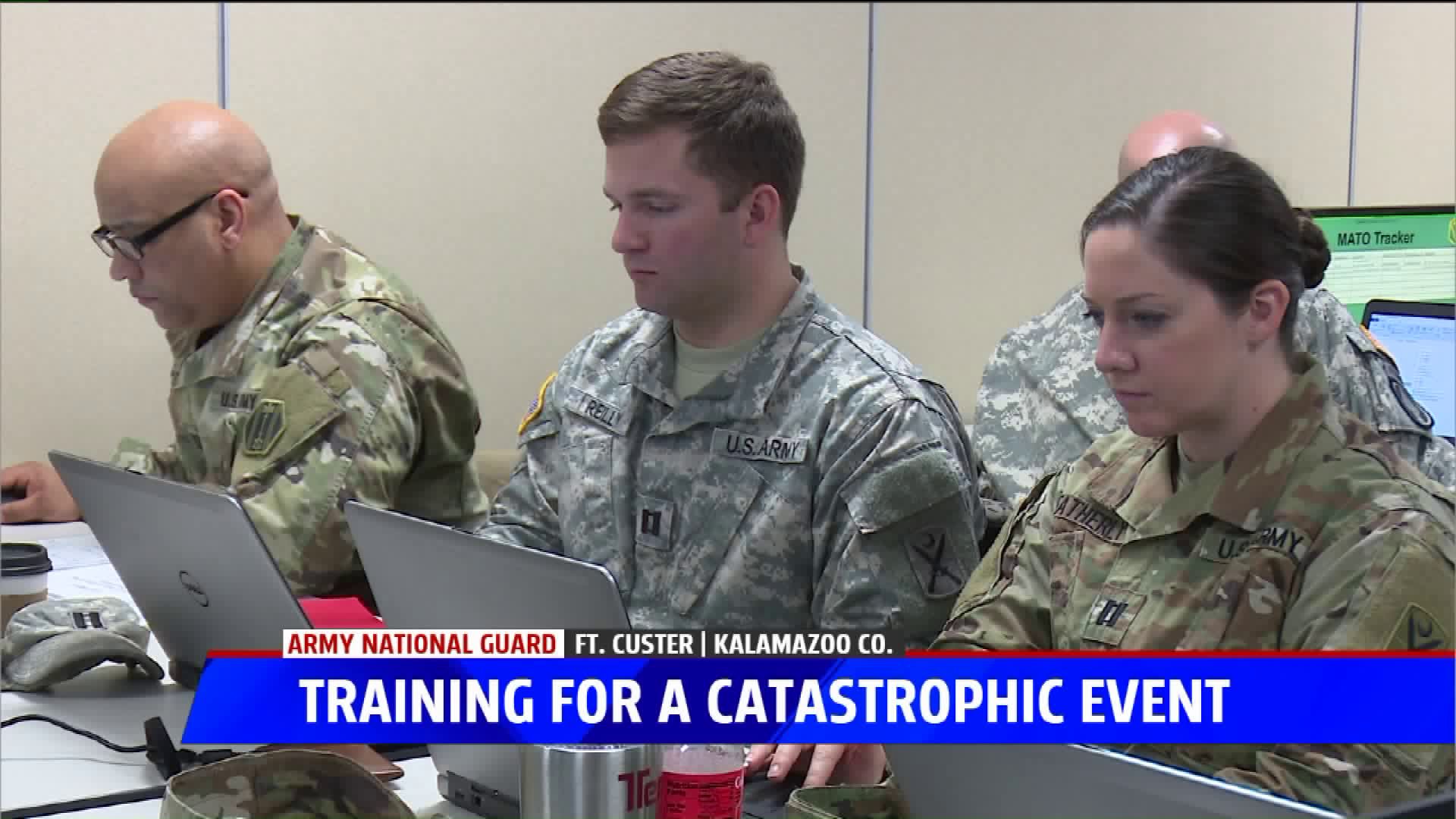 CALHOUN CO., Mich. -- More than 100 National Guard soldiers are in West Michigan this weekend training for the possibility of a catastrophic event.

The unit is going through mock exercises at Fort Custer in Augusta that center around a nuclear attack.

"Units like this have been doing this mission for well more than a decade," said Gen. Mike Stone of the 46th Military Police Command. "However, I think it's gotten more attention in recent years with the saber rattling with North Korea and the threats to the United States."

Gen. Stone says the military isn't in charge during a major catastrophe, but waits until their support is needed.

"We're all training like we train with first responders where there's going to be an incident commander," he said. "We're going to roll in or be a part of a task force that's coming in a few days after a major, major incident and the state emergency manager's going to be in charge."

The unit would be responding to FEMA, coordinating what support is needed and how much.

"We take all of our directions from FEMA, they are the lead agency that gives us the direction for those missions," said Medical Operations Officer Capt. Kristin Schulte. "So if we ever encounter any issues with the civilian population we always treat them with dignity and respect and we always do our very best to help them through the very tough time that they are going through."

Different stations are on hand throughout the training, everything from intelligence to operations, medical and even chaplains.

Gen. Stone says the unit is able to respond anywhere in the country within days if necessary, and in Michigan they can mobilize within 24 hours. It's a completely simulated scenario but a lot of planning and preparation goes into the training in case it ever does happen.