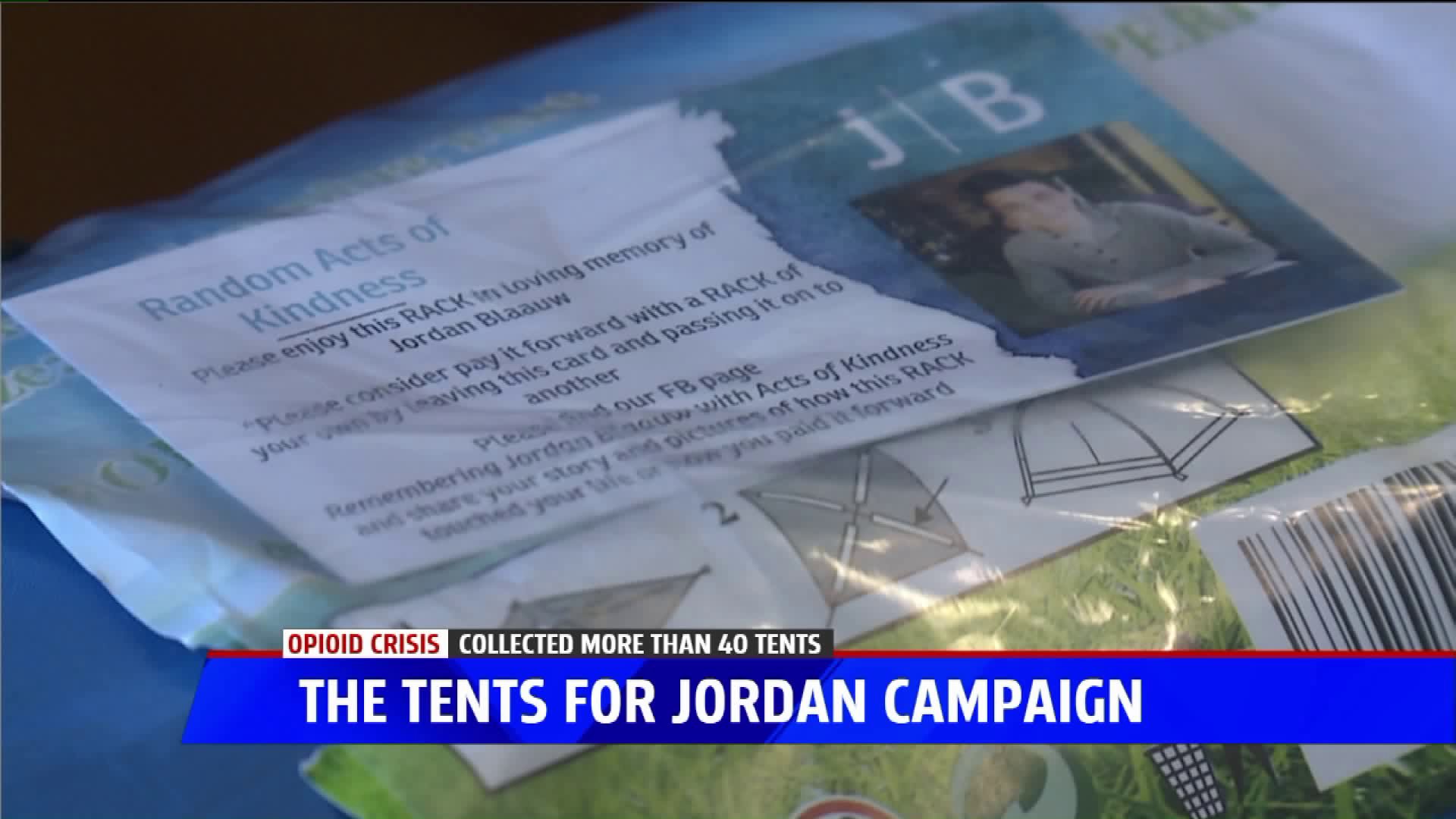 GRAND RAPIDS, Mich. --  Wendy and John Botts know the opioid crisis all too well. They lost their son, Jordan, on April 17, 2017, to an opioid overdose. Now, they're keeping his memory alive by providing tents for the homeless.

The couple partnered with Unlimited Alternatives in Grand Rapids to help provide shelter to the homeless battling addiction through a campaign they are calling Tents in Memory of Jordan.

“The addict who lives on the street, the alcoholic the person with mental health problems, that person is someone’s son or daughter, and they matter," said John Botts.

The Botts campaign has collected 40 tents in just two weeks.

"Child loss is horrific, and knowing that so many people love and support us.... is helping," said Wendy Potts. “Obviously, Jordan would be incredibly proud of us. I know that he would. But I wish he was here with us to see all the love and support.”

Every tent they collect will be dropped off at a local shelter.

In addition to the tents, the family is also collecting sleeping bags. Their goal is to collect 100 tents by the first anniversary of Jordan's death, April 17.

If you want to help out click here for their GoFundMe page.