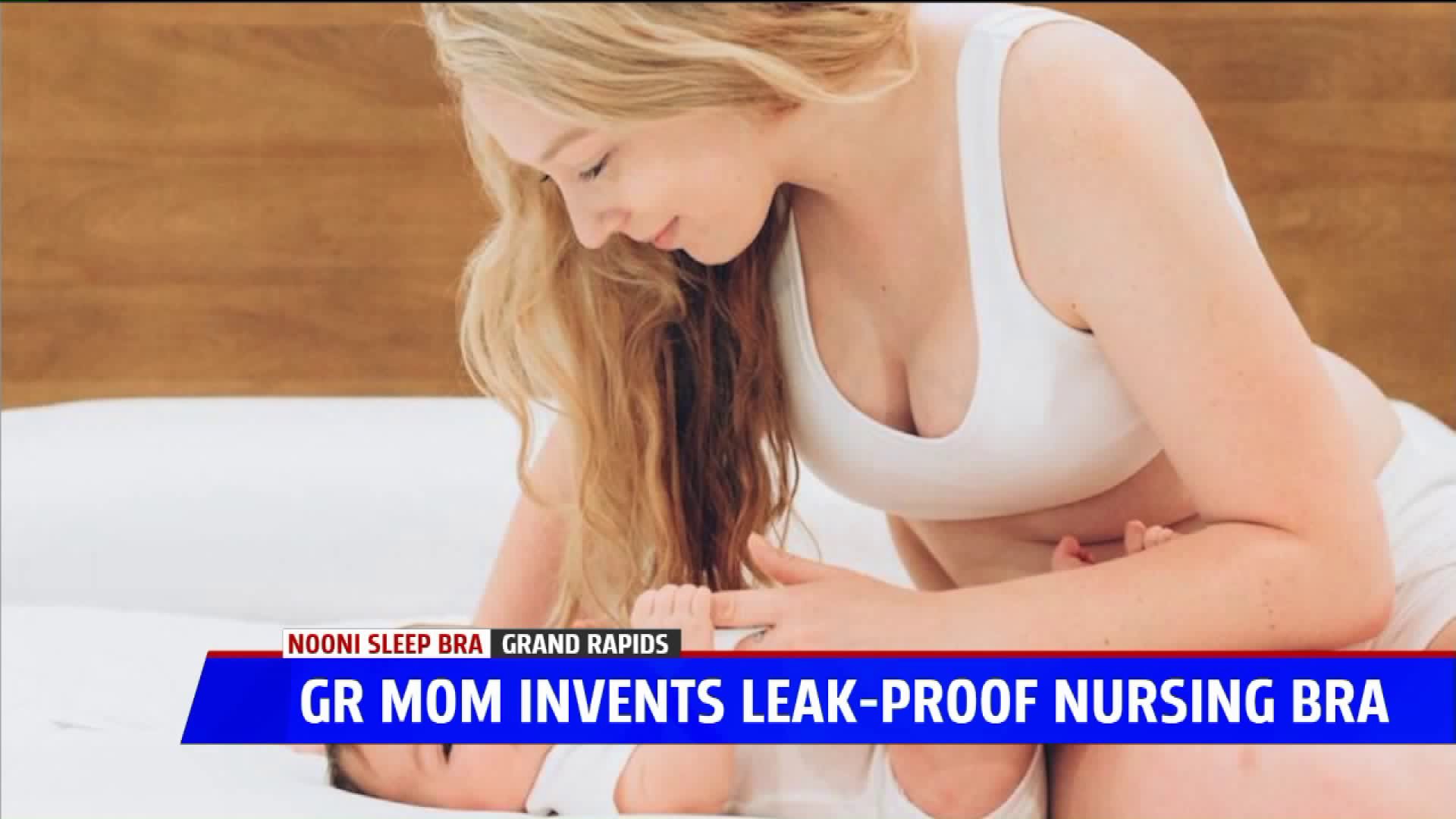 GRAND RAPIDS, Mich. -- A Grand Rapids woman has come up with an idea that could help millions of new moms across the country.  It's called the Nooni Bra, a leak-proof sleeping bra for nursing and expecting mothers.

Lauren Hinnershitz, like many moms, loves chasing after her 3-year-old son Ben. After Ben was born, she realized a struggle that many new mothers have.

"I came up with the idea in February of 2015 after months of heavy leaking with my son," Hinnershitz said. "I could not find a solution that would work."

So she created her own: a leak-resistant nursing sleep bra.

"I just wished that I could leak into my bra and not have to worry about staining my pajamas and have to, I was sleeping on a sheet protector, so it would crinkle when I’d roll over and I just knew there had to be something better," she said.

Taking three years to perfect, she's finally ready to release the finished product to the world.

"It’s a four-layer material throughout the entire front of the bra and it works similar to a breast pad," she said. "It wicks away, has an absorbing layer, and it also has a leak resistant layer, so it’ll not only absorb the milk but it’ll keep it from going through."

Hinnershitz says there's nothing else like it on the market, and hopes to eventually work her way into retail stores. She also wants to expand their line to more nursing-friendly designs.

"Just help ease a little bit of the postpartum period for moms to make things just a little bit easier and help them rest more comfortably because it is a really tough time, that fourth trimester," she says.

She also says the bra can be worn by women who've had breast reconstruction surgery.