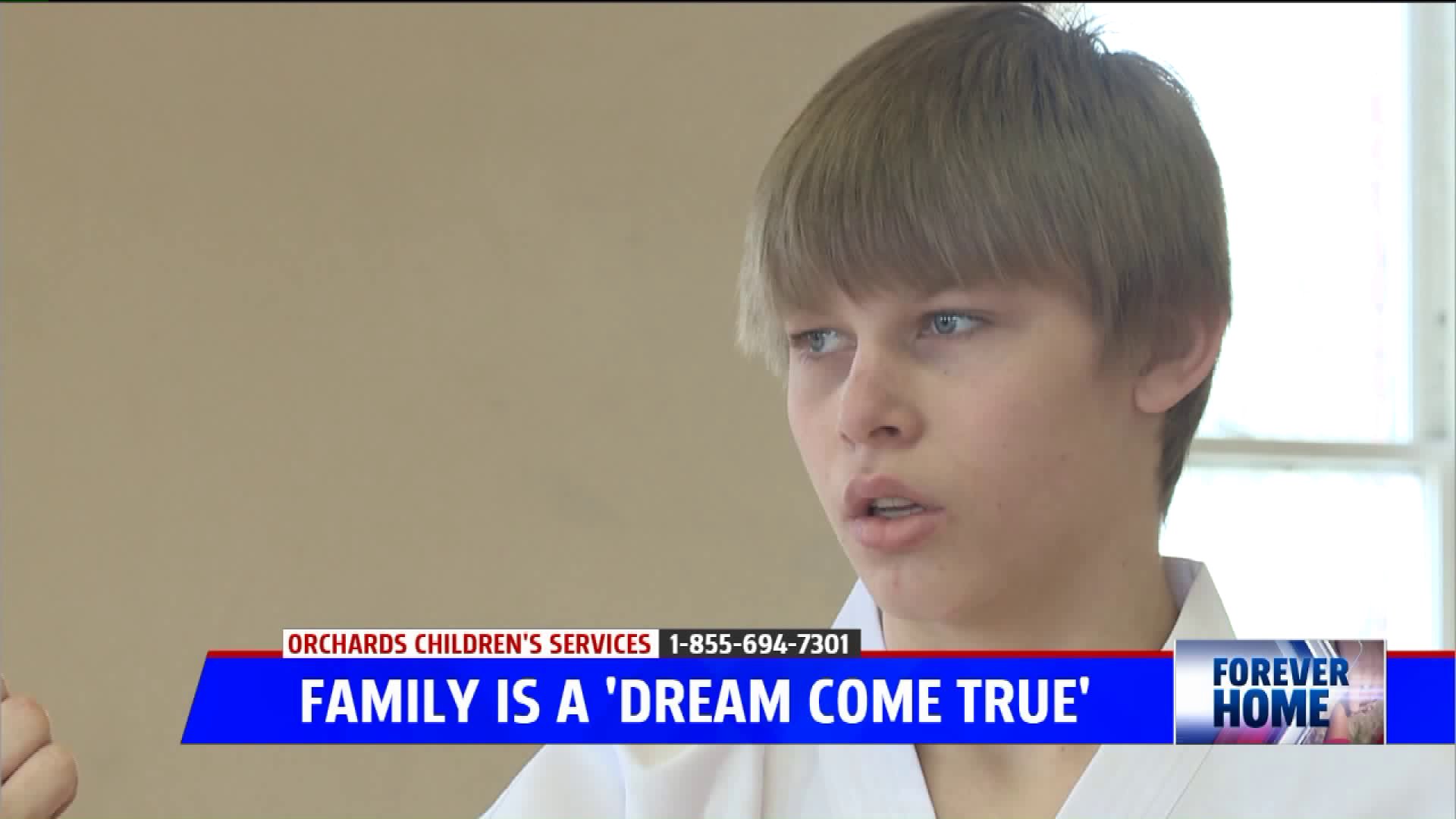 GRAND RAPIDS, Mich. -- More than 3,000 children in Michigan are living in foster care , waiting to be adopted. FOX 17 continues its Forever Home series and introduces families to Charles, who says being adopted would likely make his "dream come true."

"I like UFC, but my favorite is karate," Charles told FOX 17.

Standing beside Sensei John Kleck with Shorin Ryu Karate in Grand Rapids Wednesday, Charles' focus was sharp. For as long as he can remember, Charles says he's been passionate about karate.

"You have to have discipline to survive in life," said Charles.

"My original goal is going to Japan and get a job there, and if I’m a black belt in karate or something, I was thinking about making my own karate class."

Karate is a lifestyle Charles wants to pursue hoping to either teach karate one day or become a Navy SEAL. This year in school, Charles is a high school sophomore who enjoys science and hands-on projects. Otherwise, you'll find him playing sports and spending time outdoors.

"I love nature," he said. "I’m better at hands-on and stuff like that than I am sitting down, because my coping skill is activities, like that’s my biggest thing."

Hoping to be adopted, Charles says finding a loving family would be his key to success.

"My dream would probably come true if that happens," he said. "I would be happy."

Anyone who would like to learn more about Charles and the adoption process, please call his adoption agency, Orchards Children's Services at: 1-(855)-694-7301.