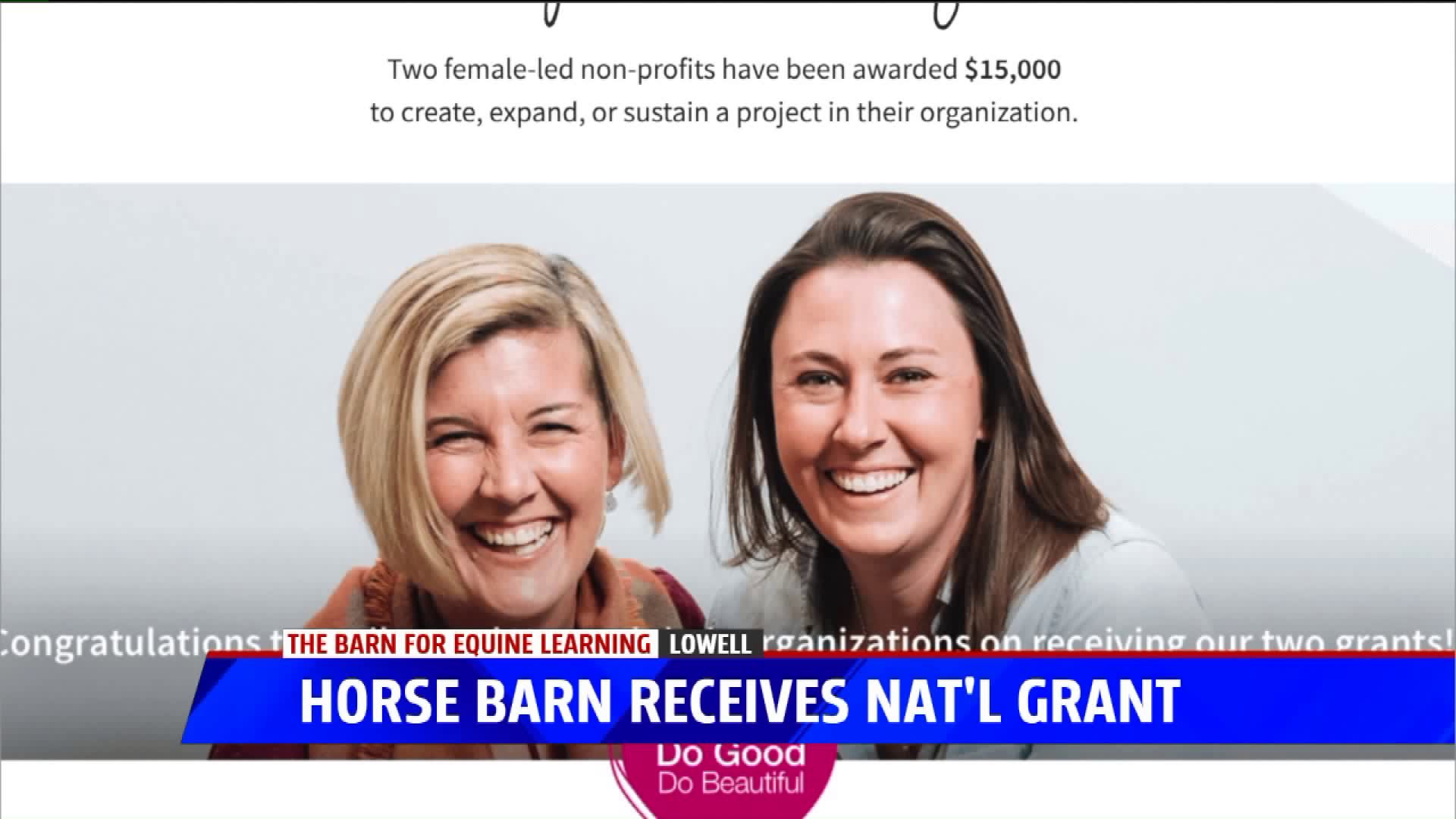 LOWELL, Mich. -- A West Michigan horse barn is being recognized with a major honor. The Barn for Equine Learning in Lowell announced Friday that it won a grant from the company Alba Botanica.

It's been a rough year for the barn after losing 13 therapy horses in a fire last spring.  They had to rebuild from the ground up.

"The barn is just going gang busters after our tragedy, we’ve been inundated with phone calls and emails and support and the caliber of people that are coming to help, it’s awesome," said Kat Welton with the Barn for Equine Learning.

Welton was in the running for Alba Botanica's "Do Good Do Beautiful" grant, an award for $15,000.  She announced Friday that she won.

"It’s a great feeling to be recognized for your work, for your dream that you started," she said. "But it’s also the panelists chose us for the top five, but it was really the community that got on and voted every day and pushed us to the top two.”

Kat received the award with another woman, Emily Spear, who runs a senior dog sanctuary in Arizona.

"I’m just humbled to be a part of this group of women that are doing extraordinary good in the world," Kat said.

Kat says the barn is going to use the grant money to help hire a part-time volunteer coordinator. They're hoping to fill the spot in the next few weeks and they're still accepting resumes.  Contact information is available on their website.