Thousands March For Our Lives in downtown GR 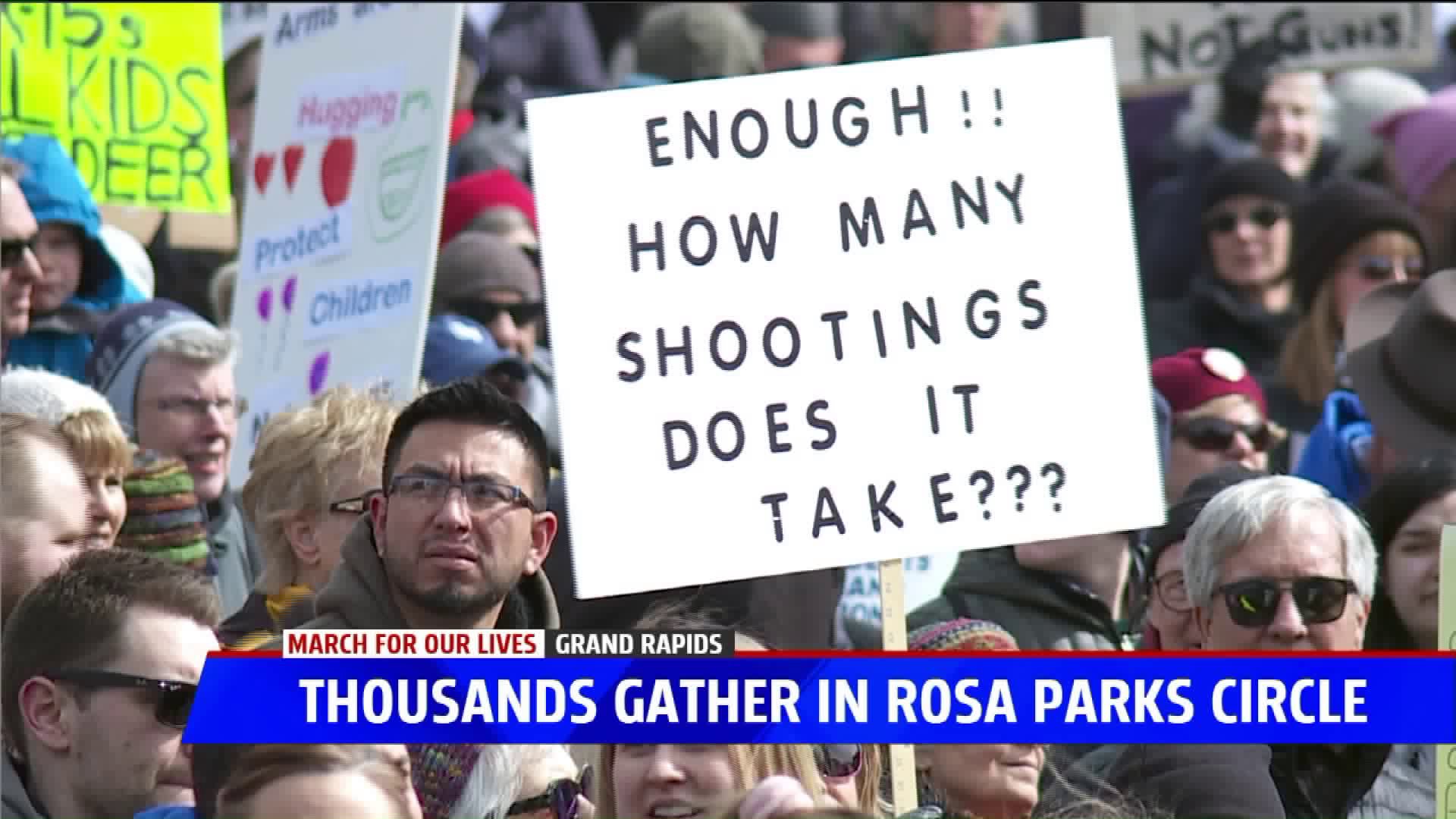 GRAND RAPIDS, Mich. -- Thousands of people were on hand for the March For Our Lives at Rosa Parks Circle in downtown Grand Rapids at midday Saturday.

The Grand Rapids rally and march were organized by a nonpartisan group of students, who said they were marching "in protest of gun violence in schools. Following the lead of the students of Parkland, we have decided that enough is enough.

Similar marches were held throughout the nation Saturday, including in Grand Haven and Kalamazoo.