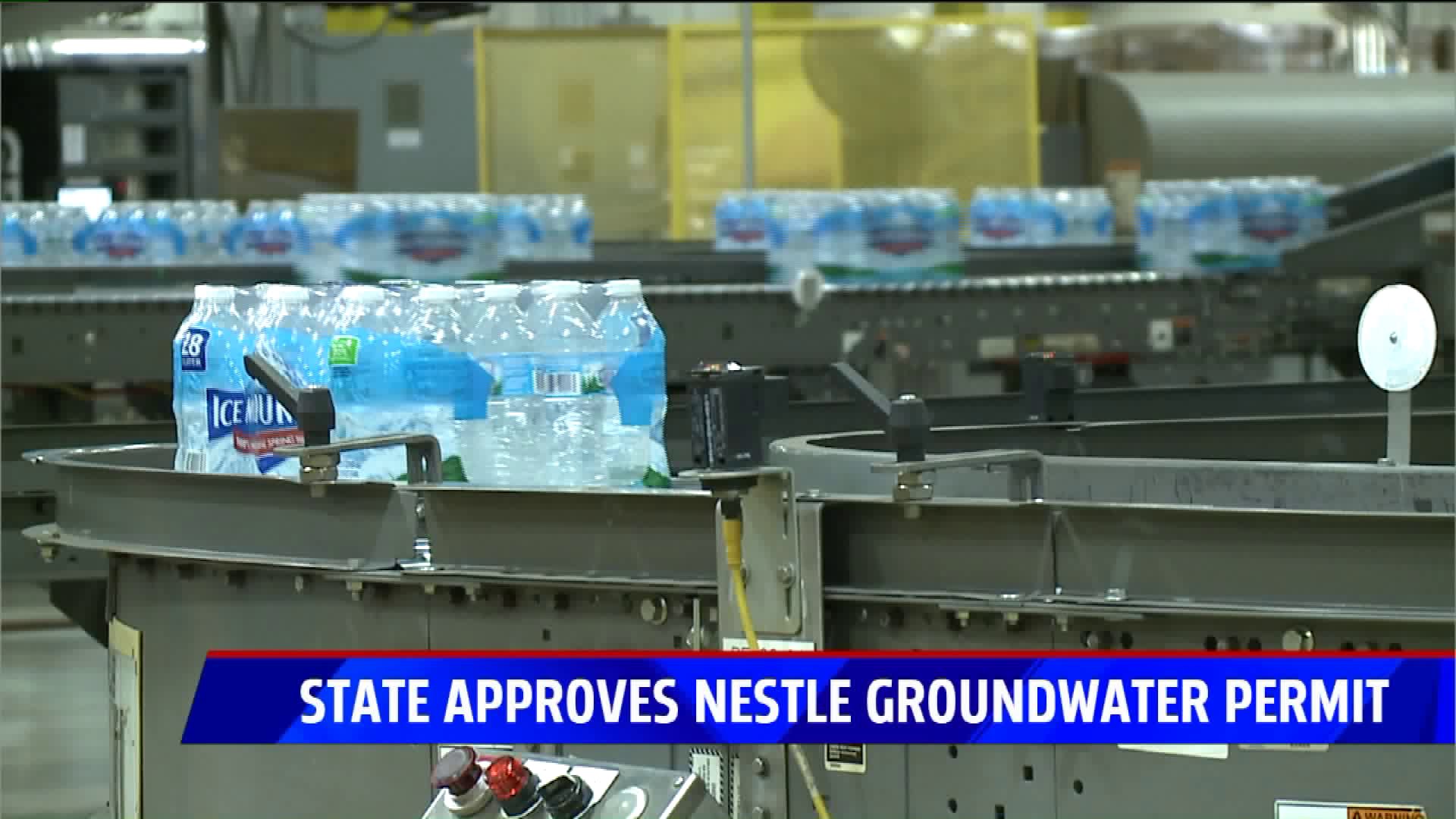 Officials say in a statement that most of public comments they received expressed opposition to the permit, but the department "thoroughly and conscientiously" applied the law in its review.

The company had been permitted to withdraw 250 gallons a minute from an underground aquifer in western Michigan's Osceola Township.

The township originally denied a permit application by Nestle to build a pumping station to get more groundwater. A Mason County judge ruled Nestle could build the station, and the township appealed.