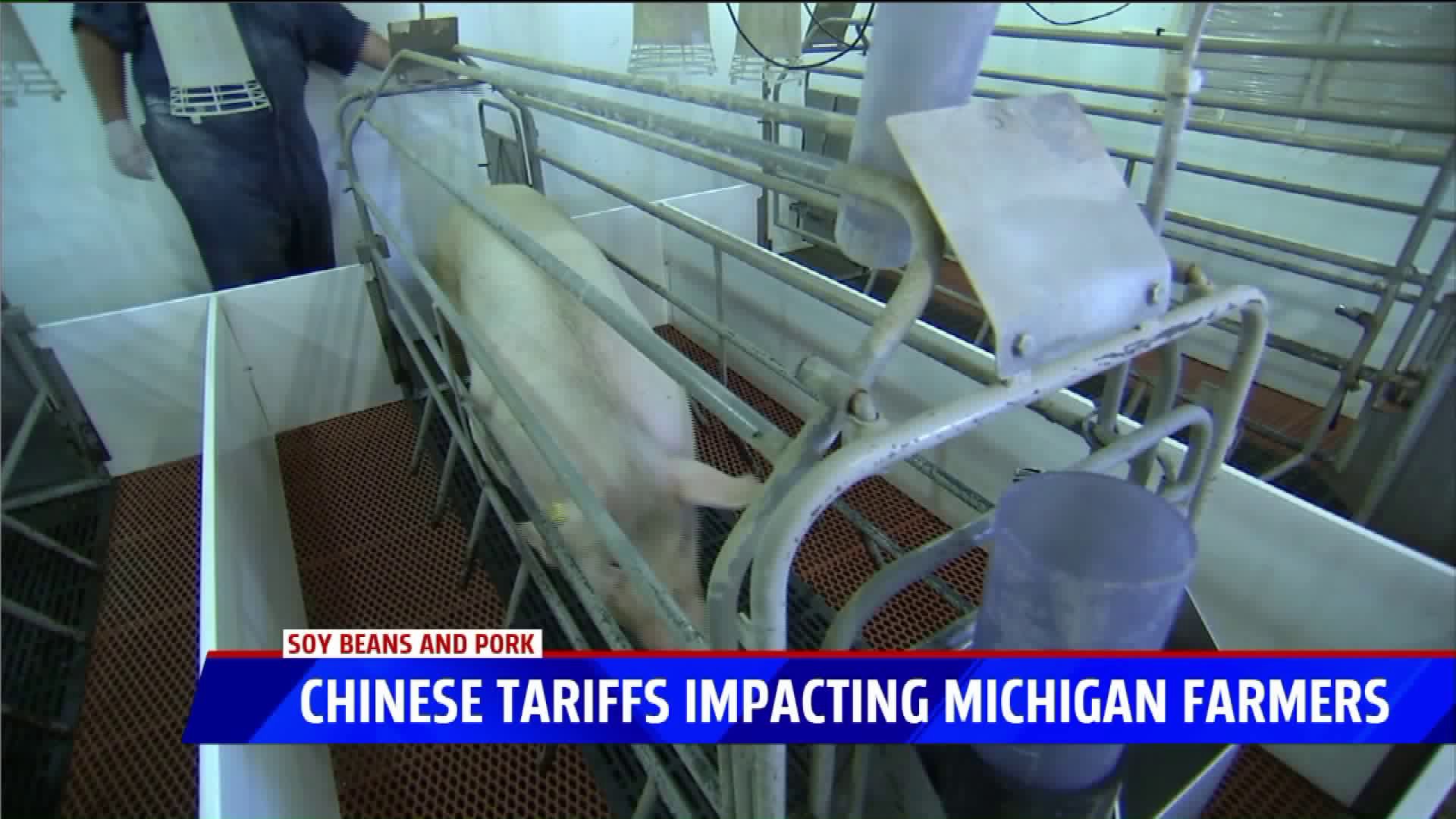 MICHIGAN – On Tuesday, President Trump announced his proposal to impose tariffs on 1,300 different Chinese products, to punish the country for stealing U.S. trade secrets. Tuesday's news comes days after China announced its own possible tariffs; it's a situation that's fueling concerns of a possible trade war between the countries.

The economic tensions between the U.S. and China are being closely monitored by the pork and soybean industries here in Michigan.

The U.S. is a major exporter of pork to China and soybean farmers are vulnerable to Chinese tariffs, because they depend on that market to buy $14 billion dollars worth of soybeans each year.

“Any type of a tariff could reduce what we get for what we grow, and that could be really hard on a lot of growers,” says David Williams, President of Michigan Soybean Association. “If we get less money for them that affects our bottom line. It could take us from being slightly profitable to operating at a loss.”

At this point, no tariffs have been announced for soybeans. However, China has considered imposing a 25% tariff on pork products from America.

“The timing of this comes when we have a lot of product, a lot of hogs coming. And so strategically the timing of this to affect our markets is at a bad time,” says Bob Dykuis, of Dykuis Farms Inc. “When about 25% of the product is exported, you kind of live and die by that as far as your markets. The Chinese announcement has affected the last couple of days dramatically on the futures.”

David Williams says if a soybean tariff goes into effect it wouldn’t be long before soybean farmers in Michigan started feeling the pinch. Soybeans are also used for animal feed, including pigs, so they would have an impact on each other.

As for the possible tariff war, China is threatening to match president Trump’s move to a tee with their own tariffs on U.S. products.

A public hearing for proposed tariffs is set for May 15th and won’t go into effect before that.