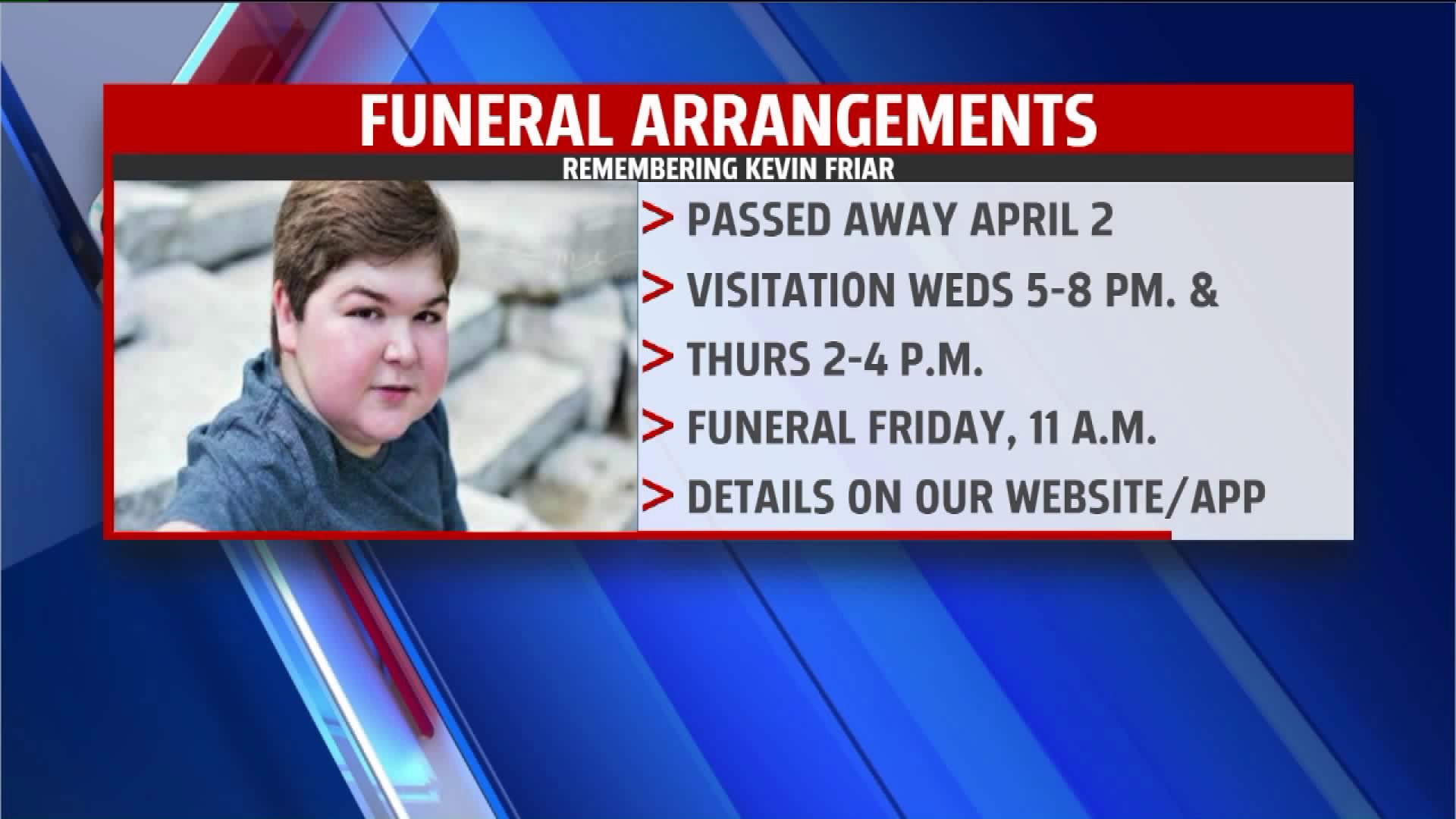 GRAND RAPIDS, Mich. -- A West Michigan community is mourning the loss of a beloved young boy who passed away earlier this week.

Loved ones of 18-year-old Kevin Friar have announced visitation and funeral arrangements for their Forest Hills Central senior.

You may recognize him from FOX 17's coverage of the annual GR.1K, an annual event which raises money and awareness about Duchenne Muscular Dystrophy which Kevin had.

According to his obituary, there was nothing he loved more than a steak dinner or an inappropriate joke.

Kevin leaves behind his parents, brother and sister.

In lieu of flowers, the family is asking for donations be made in honor of Kevin to Parent Project Muscular Dystrophy.