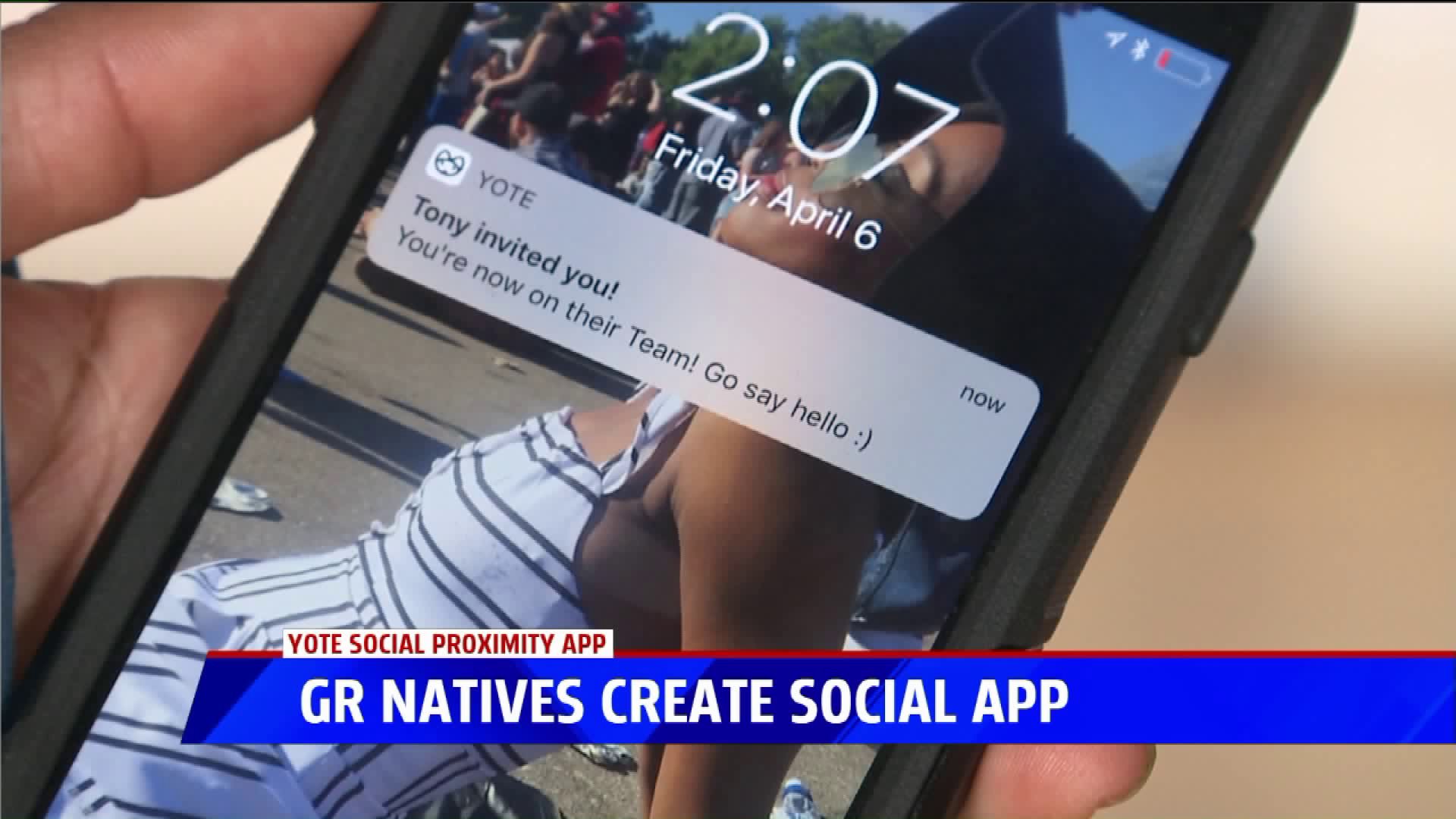 GRAND RAPIDS, Mich. -- Initial social interactions can be awkward, but two brothers from Grand Rapids say they have an app for that.

It's called Yote, and it shows the ease of making social connections with just the click of a button.

Finding a study buddy, friend, or maybe something more can be a struggle, even if the potential friend is right next to you.

"I'd go out to a concert by myself and I'd see all of these people that are kind of like, they look cool and they look like I'd be their friend because we're going to the same music concerts and I noticed that all of these little groups were sort of siloed in this concert environment and I was thinking there's something sort of wrong with that," say Matt and Anthony Warner.

That's when the brothers had the idea to create Yote.

"With Yote you'll never miss a connection. You'll go out into a space you open it up, you could just be working at a coffee house, but you're also broadcasting your message whatever you want to share at the same time. So what you share, people are going to come talk to you about," says Matt.

The app kicked off last year in March and since then thousands of people in Grand Rapids have started making connections. But, it was a journey getting it off the ground.

"Anthony here spent like, dedicated his life on learning the latest software languages and 12 hours a day coding so that we can get it to beta, get it to launch. We worked with Apple in San Francisco for meeting all of the requirements and it was just a major hurdle," Matt says.

But the app is doing more than getting people talking, the pair is hoping it puts Grand Rapids on the tech map.

They're hoping to make saying "Hello" through an app more than just a social experiment.

"For a person who's lonesome at their house or just in general in life they can go to these places, like a public place, and using the tools that Yote is creating and using that sort of frame work, they can enrich their social lives," Anthony says.

The name Yote, comes from 'coyote,' which have the same communication skills that this app is trying to get people to use. You can find Yote in the App store.