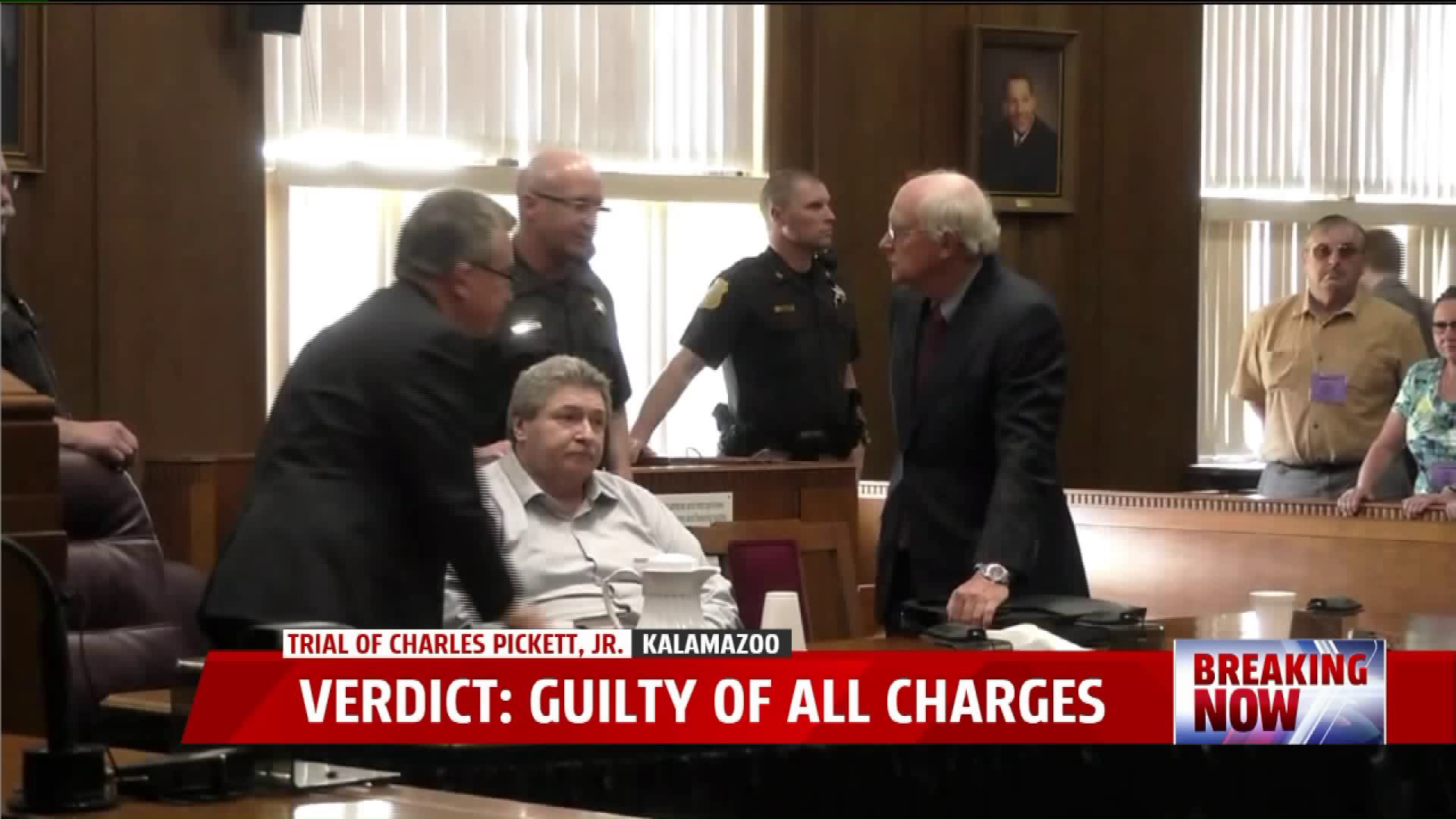 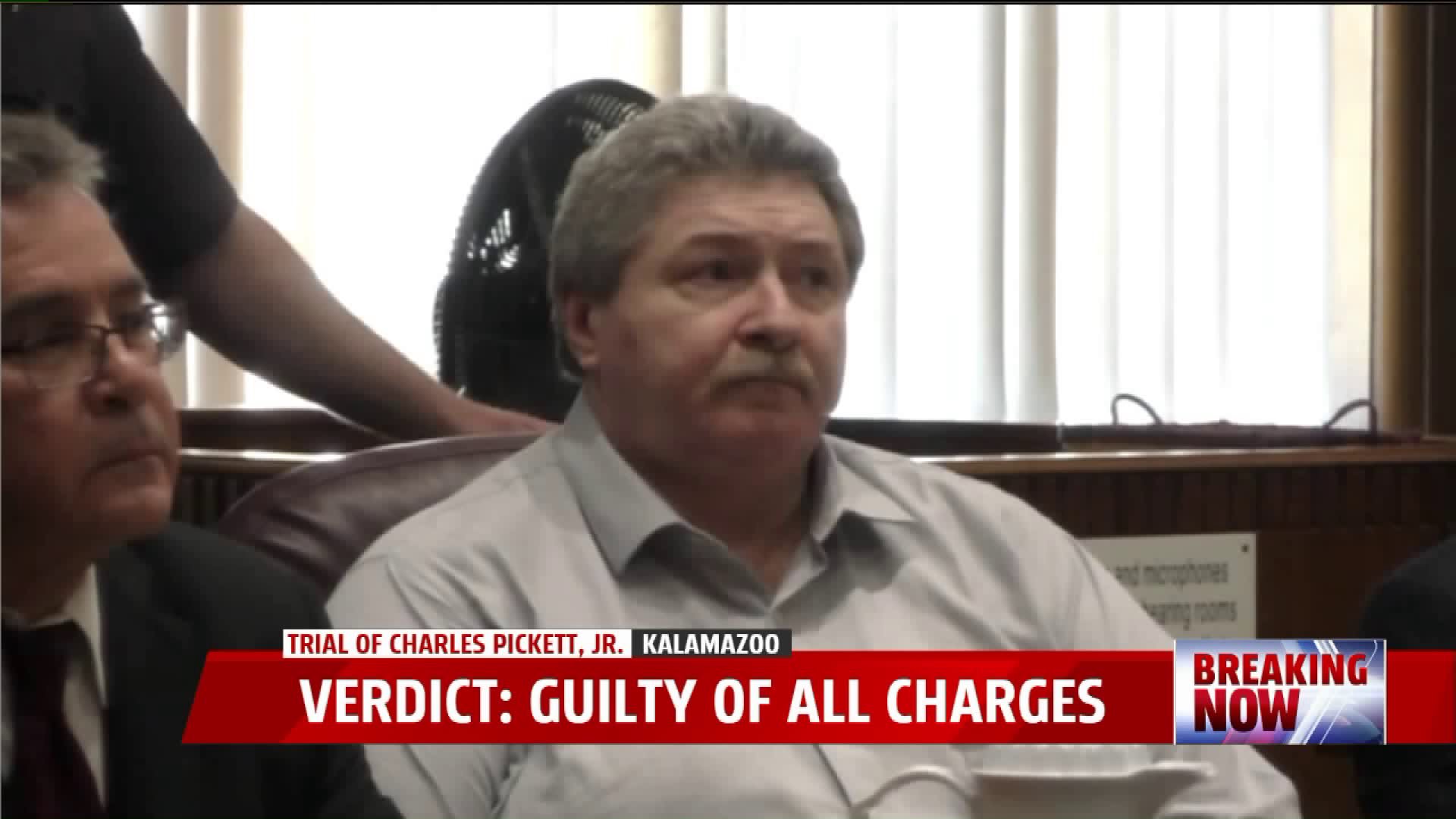 KALAMAZOO, Mich. — When juror Nick Meisling stood up and said Charles Pickett Jr. was “guilty” of second-degree murder, Jennifer Johnson burst into tears. As the juror continued to say “guilty” after every count was read, other victims and loved ones cried too.

“The family who lost loved ones were the ones that are deeply impacted by this,” said victim Paul Runnels during an interview after court. “The rest of us our lives are changed and some more than others. But we can at least go on and be with our loved ones.”

Runnels was one of the four bicyclists who survived that crash on June 7, 2016. Five others were killed. Police said Pickett was speeding on Westnedge Avenue in Cooper Township that Tuesday evening when he slammed into the group, known as the Chain Gang, from behind. Since then, he's been charged with five counts of second-degree murder, five counts of operating while under the influence causing death and four counts of operating under the influence causing serious injury. Last Tuesday his trial began. Monday he was found guilty on all 14 counts.

“Justice was served,” said Runnels. “There’s no doubt in my mind the jury did the right thing. And we appreciate the verdict they arrived at.”

The jury deliberated for almost four hours after listening to closing arguments from both the prosecution and defense. Assistant prosecutor Michael Kanaby stated mainly that Pickett knew what he was doing when he took the pills and drove that evening. Defense attorney Keith Turpel said the fact that he took consumed them wasn’t enough to convict him. However the jury chose differently.

“Everyone has a different opinion,” said juror Nick Meisling after court. “We sat there long enough to make sure everyone was understood, why each of us were saying what we said, and we came to a verdict.”

Some of the victims who attended the four-day trial went for a ride after court Tuesday evening. Pickett will be sentenced at the Kalamazoo County courthouse on June 11.

BREAKING: Charles Pickett Jr. found guilty of all 5 counts of second-degree murder. Victims and family burst into tears in the courtroom. // @FOX17