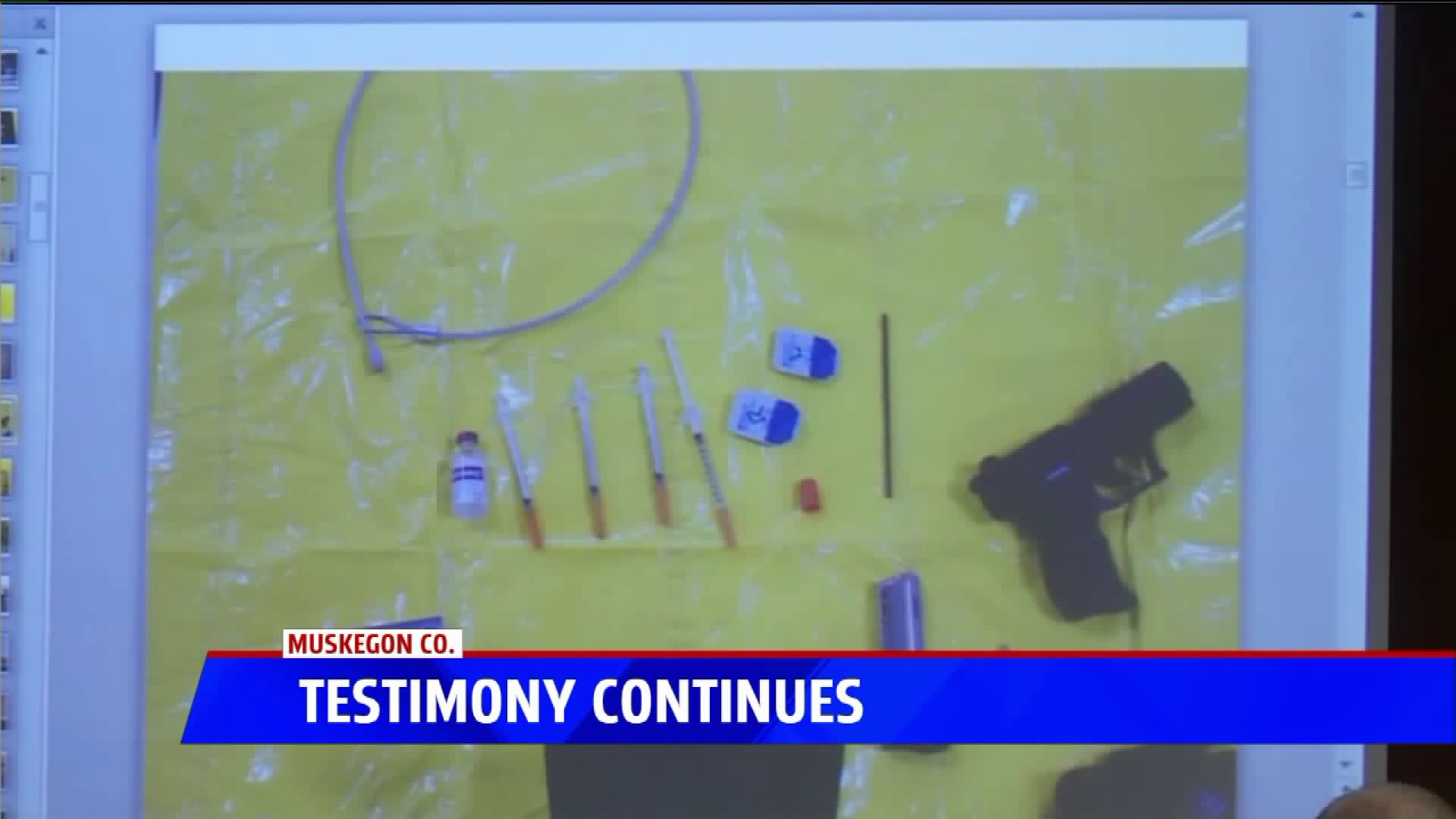 MUSKEGON, Mich. - The second full day of testimony is underway in the murder trial of Jeffrey Willis.

Willis is on trial for the kidnapping and murder of Jessica Heeringa in April 2013.  He was arrested in 2016 for attempting to abduct a teen in Muskegon County.  After his arrest, investigators charged him with the murder of Heeringa and also of Rebekah Bletsch in 2014.  Willis has already been convicted of killing Bletsch and is serving life in prison.

Wednesday testimony began with descriptions of the law enforcement who responded to the Bletsch murder scene in 2014 and compared evidence found after Willis' arrest. The prosecution also called Dr. Robert Rood to the stand to testify about the effects that insulin can have on a person.  Insulin and syringes were found in a tool box in Willis' van, along with rope, chains and other bondage equipment.  He testified that insulin can incapacitate a person and, if given to a non-diabetic person, it can put them into a coma.

Also on the stand Wednesday morning was Michelle Schnotala, a co-worker of Willis' at Herman Miller. It was her gun found in Willis' van after his arrest and was connected to the Bletsch murder.  She testified that Willis knew where she lived and would often be seen around snowmobiling. She said she last saw her gun in her home in February 2013.  She said she did not sell it or give it to Willis.  Schnotala has also testified to this in the Bletsch murder trial.

Investigators also found a pair of Schnotala's underwear among Willis' possessions at home.  She testified that Willis would ask her for a pair of her underwear, but she never gave him any.

In the afternoon session, Dakota Quail-Dyer, Heeringa's boyfriend at the time of her disappearance, took the stand.  He testified that Jessica had a good relationship with her son, sister and mother and doesn't believe that she would just up and leave.  He said that he had nothing to do with her disappearance.  He said they were living paycheck-to-paycheck and money was tight.  There was friction between them because of money and they were also using their earnings to buy drugs.  He said he was also unemployed for about six months at one time.  He said he proposed marriage to Jessica a couple times, but she never really answered him.

The defense asked Quail-Dyer more about the drugs and he testified that he didn't know the man who was supplying Jessica heroin. He said both of them were upset at times over their drug use and talked about quitting at different times. He said they did question each other's fidelity at time and there was fighting and one instance of physical violence.

We'll have more from court on later editions of FOX 17 News. For up-to-date information, follow Dana Chicklas on Twitter here.

Schnotala: says there's no reason why her underwear would have been in Willis' possession (found in his shed); says Willis would ask her for a pair of her underwear and she always said no, never gave/sold them #JessicaHeeringa