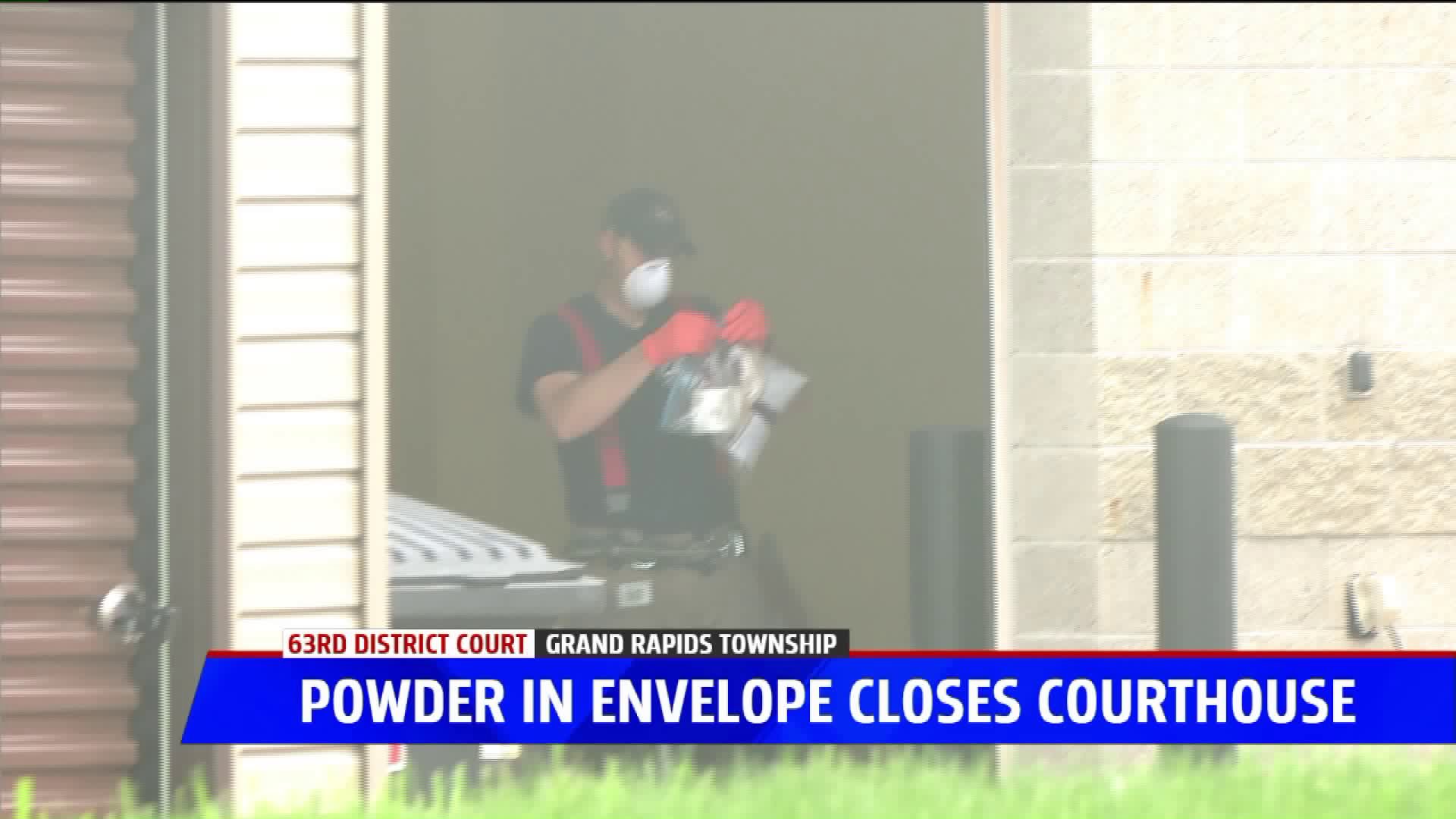 The Kent County Sheriff says that about 9:00 a.m., deputies were called to the facility on reports of a suspicious package.  They were directed to an envelope that had been mailed to the courthouse that contained an unknown powdery substance.

The Grand Rapids Fire Department Hazmat Team and the FBI also responded to the scene.  The courthouse was locked down for about three hours while investigators determined the substance was contained and there was no threat to anyone at the building.

No one has reported any symptoms or injuries.  Investigators are still testing the powder to determine what exactly it is.

Anyone with information should call the Kent County Sheriff or Silent Observer at 616-774-2345.