Morning Buzz: 5 things to know for May 24 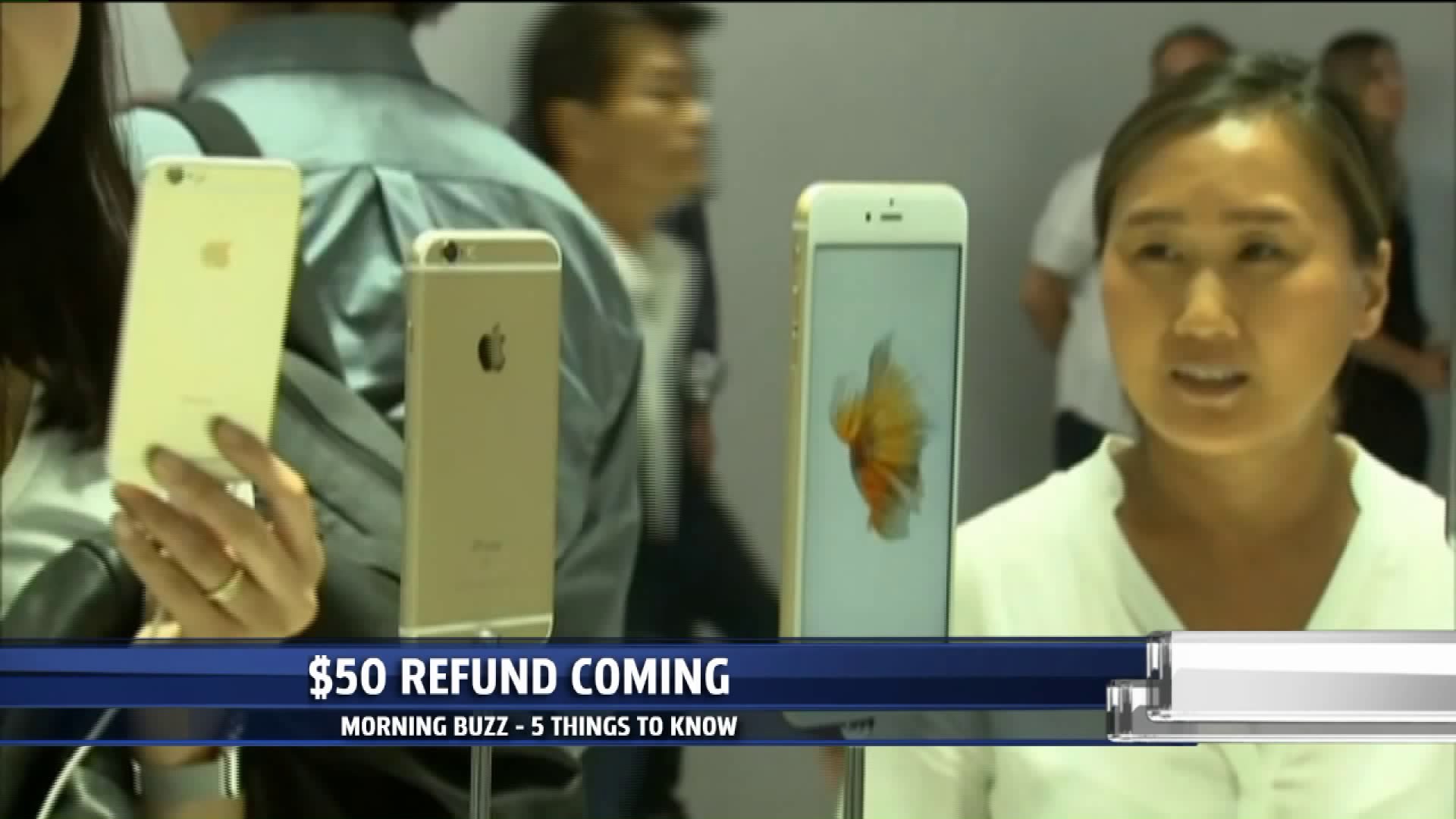 1. Thousands of American flags have been place on the graves of veterans.

On Wednesday, Cub Scouts, Girl Scouts, and even Daisy Scouts placed the flags, one by one, at the Grand Rapids Home for Veterans Cemetery.

In all, there are more than 5,000 graves on the property, and the scouts made sure each one had an American flag on it. More than 500 people attended the grave decorating ceremony.

2. The Grand Rapids Fire Department will be presented with a special honor for Emergency Medical Services Week.

Grand Rapids native and former president Gerald Ford, signed a proclamation in 1974 designating the third week in May to celebrate emergency services.

The executive director of the Ford Presidential Museum will honor the fire department's members for their first responder services. They will also be presented with a framed copy of the proclamation.

The ceremony is today at 10 a.m. outside the museum in downtown Grand Rapids.

3. If you're curious about the new renovations at Woodland Mall, there's a special viewing window where you can watch as the rest of the old Sears store is torn down.

In the end, it will become an extended wing that will include several new stores, including Von Maur. The mall says they're also re-paving their entire parking lot.

All those new stores are set to open next year.

4. Did you replace your iPhone 6 battery for full-price last year? If so, Apple's going to give you a $50 refund.

Apple is refunding iPhone owners who bought an out-of-warranty battery replacement for those iPhone 6 or newer devices.

Lots of iPhone users bought replacement batteries when it was learned in mid-December that software updates to older phones had a feature that avoided unexpected shutdowns, which actually slowed down the phones.

Many customers got irate, and some even sued Apple over the issue. Apple will notify eligible consumers via email on how to get an electronic funds transfer or a credit on the credit card used to buy the battery replacement.

If you don't hear from Apple by August 1, contact Apple Support.

5. Kellogg's is trying something new with its popular Froot Loops cereal. The company is debuting a new fruity flavor: Wild Berry.

It's a purple star that will be added to the cereal's red, blue,and green rings. This comes at a time when cereal sales are dropping, and consumers are switching out sugary foods for healthier options like yogurt and fruit bars.