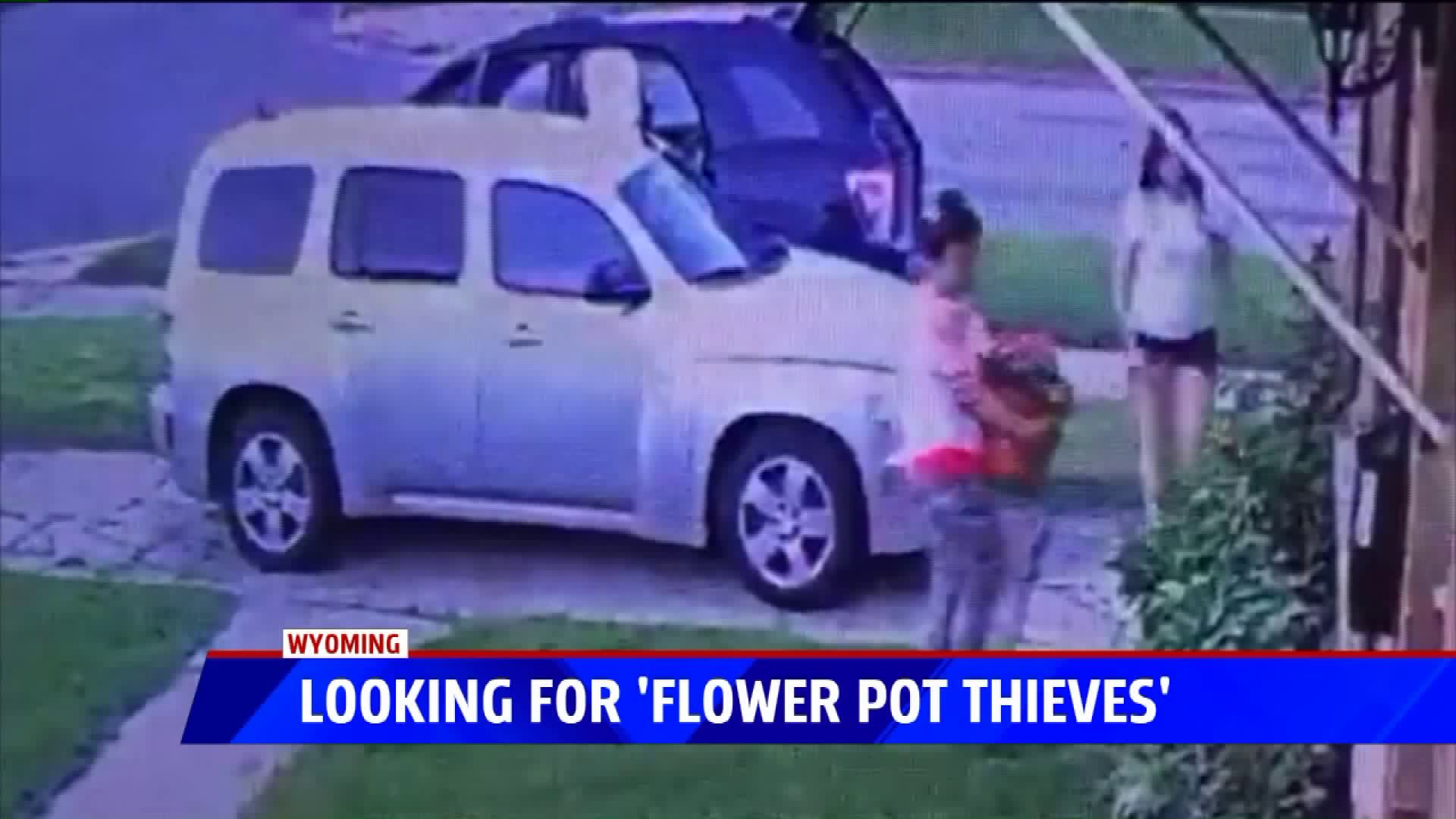 WYOMING, Mich. – A family in Wyoming is scratching their heads trying to figure out why someone would steal flowers right from their front porch.

Security cameras at the home on Longstreet SW captured the thieves as they made off with more than a dozen pots and plants.

The video has been shared more than 20,000 times on social media with thousands of comments. The home’s owner, Patricia Quinonez, is hoping they’ll get caught so they won’t be able to do the same thing to someone else.

“It’s unfair that you can’t have anything nice at your house because people will just come and act like it’s theirs and take it like nothing,” says Gely Miranda, Patricia’s daughter.

In the video, two women walk right up to the house and grab several plants.

The family showed the video to police and they noticed the thieves may have left finger prints on one of the pots.

“In the video you can actually see how the younger girl she tries to pick it up and actually puts it back down and goes for the prettier one right by it,” says Miranda.

Gely Miranda says police dusted the pot for prints and will let them know what they find.

Meanwhile a kind gesture came from a person who watched the video and donated some flowers to help replace what was taken.

Quinonez says she got the plants to make the house look nice for a graduation party next weekend.

"She doesn’t care about how much she spent on it like the money, she doesn’t want this person to go around and do it to other people because it’s so unfair.” Says Miranda.

Quinonez says Flowerland will deliver lots of pots and plants to their house on Friday at 1 p.m.