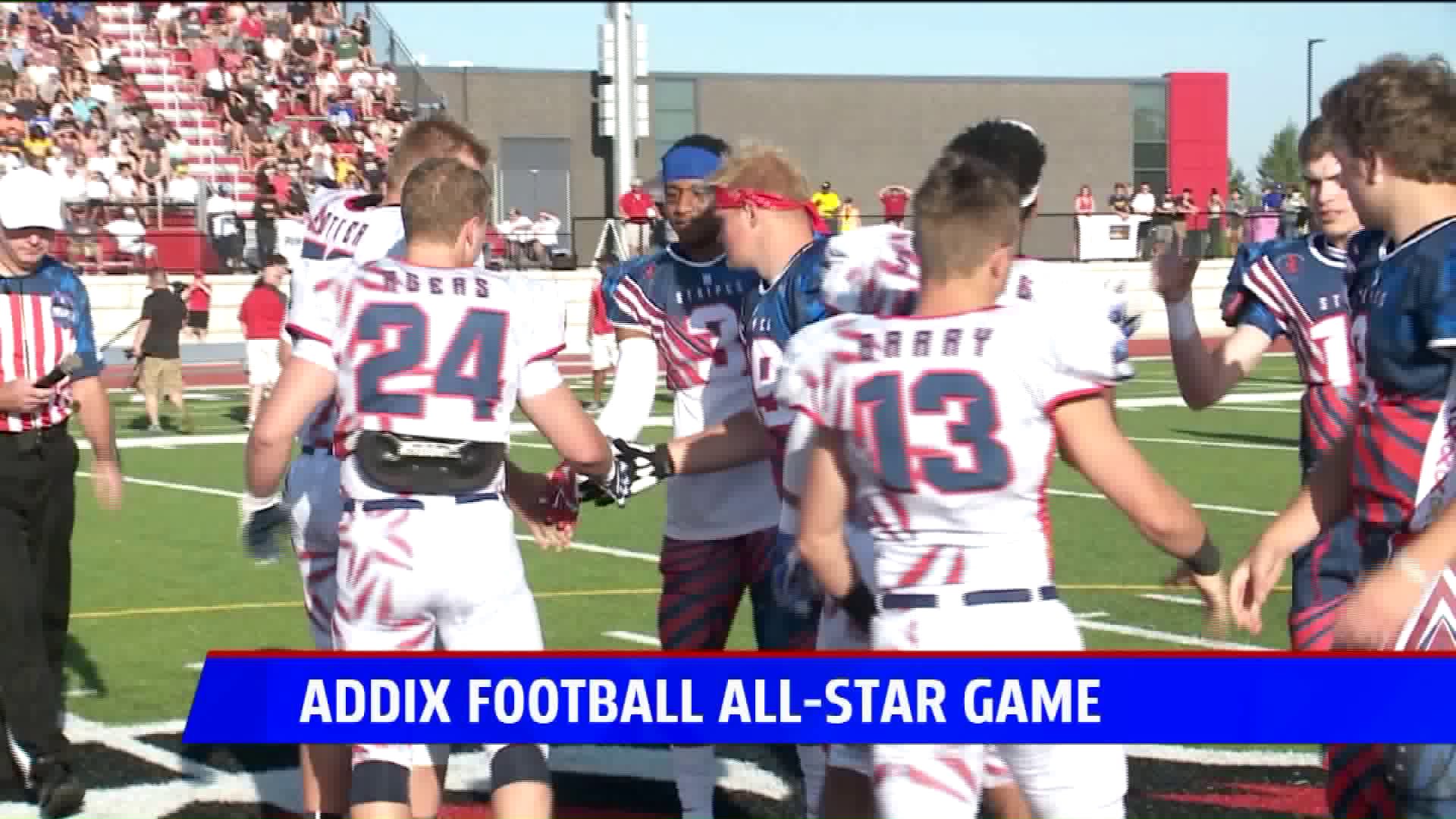 HOLLAND, Mich -- The 3rd Addix Football All-Star Game will have a new home.

The game next Friday will be played at Hope College's Ray and Sue Smith Stadium, and Flying Dutchmen head coach Peter Stuursma is thrilled to host.

"When it first happened I mentioned to Noel that we'd love at some point get a crack at having the game and he said we'll talk if something comes up in the future" Stuursma said. "We were fortunate that the opportunity happened and the door opened and we're just so excited about it. The story lines that go around this whole game and what this is really about, it's about more than football and we're just very excited to be the host for a wonderful cost."

The game raises money for Gilda's Club of Grand Rapids which helps families dealing with Cancer. Stuursma's sister is a cancer survivor.

"I just think it's so important that he's taken it beyond the football field and that he's brought other players and families together to really talk about the importance about life" Katie McIntosh said. "After high school sports or as you move forward in making sure that they're raising wonderful human beings to go out into the world."

The game has raised over $40,000 in its first 2 years. Kelloggsville's Don Galster will coach the Stars and Benton Harbor's Elliot Uzelac will coach the stripes.